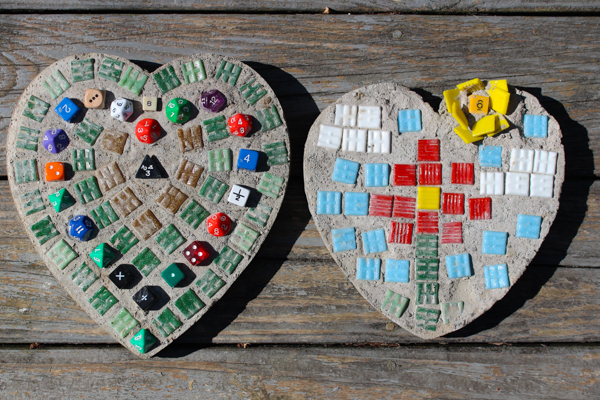 Time to tell the truth: I DO love myself a good cement project. I love making mosaic stepping stones with broken dishes as the tesserae, and concrete planters using old plastic cups as molds, and this week my teenager and I are in the process of making cement pumpkins, tying them up in some more of her sister’s torn tights.

I tell myself that cement is a natural product, which it is.

But what I’ve tried not to tell myself is that the manufacturing process for making cement at its current large scale is highly toxic. It’s one of the worst things happening to the environment at the moment.

What is Portland Cement?

Here’s what the EPA has to say about Portland cement and its manufacturing process:

LImestone, clay, sand, iron, and gypsum are all natural materials. If using natural materials instead of petroleum byproducts is your main goal, then Portland cement is a workable solution.

The manufacture of cement wasn’t always environmentally bad, either. Cement was manufactured and used by the Ancient Romans without emitting air pollutants. It’s the current methods and scale of manufacture that make Portland cement so toxic today.

How is Portland Cement Made?

Smithsonian Magazine explains the process: “The recipe for making cement calls for heating the limestone, which requires fossil fuels. And when heated, limestone sends carbon dioxide gas wafting into the atmosphere, where it traps heat, contributing to global warming.” It’s primarily the usage of limestone, which is primarily calcium carbonate, that causes this extreme off-gassing of carbon. But the manufacture and processing of the materials required to create the heat source also have a negative environmental impact.

Multiply that by all the major industrial consumers of cement world-wide, and you have a serious world-wide problem. Here’s what this MIT thesis has to say about the results of this large-scale process of manufacturing cement:

Obviously, this is less the fault of my concrete planters and cement pumpkins than it is the world’s supply of parking lots, buildings, and roads. This Chatham House report states both that “on a ‘business as usual’ trajectory, global cement production is set to increase to over 5 billion tonnes a year over the next 30 years,” AND that “to bring the cement sector in line with the Paris Agreement on climate change, its annual emissions will need to fall by at least 16 per cent by 2030.”

I probably don’t even need to tell you this, but the cement sector’s emissions do NOT look like they’ll be falling in line with the Paris Agreement by 2030. It’s probably time to boycott even my minimal bag-a-year Portland cement habit.

What is the Alternative?

Building and infrastructure industries do have numerous viable and lower-impact alternatives to concrete, but products like ashcrete and post-consumer waste aren’t exactly going to show up in my cute garden stepping stones.

Instead, DIYers like myself can consider the following possible alternatives:

Not gonna lie–I AM probably going to go ahead and make my cement pumpkins. My teenager is all revved up about it and if you know a teenager, then you know that getting them revved up about something not horrible can be rare and precious and must not be wasted. However, in the future I am going to be a LOT more thoughtful about when and where I use cement. For instance, kiln-fired clay pots seem like an obvious alternative to those DIY concrete planters that I’m so fond of.

Please let me know all your cement alternatives for mosaic stepping stones! 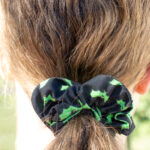