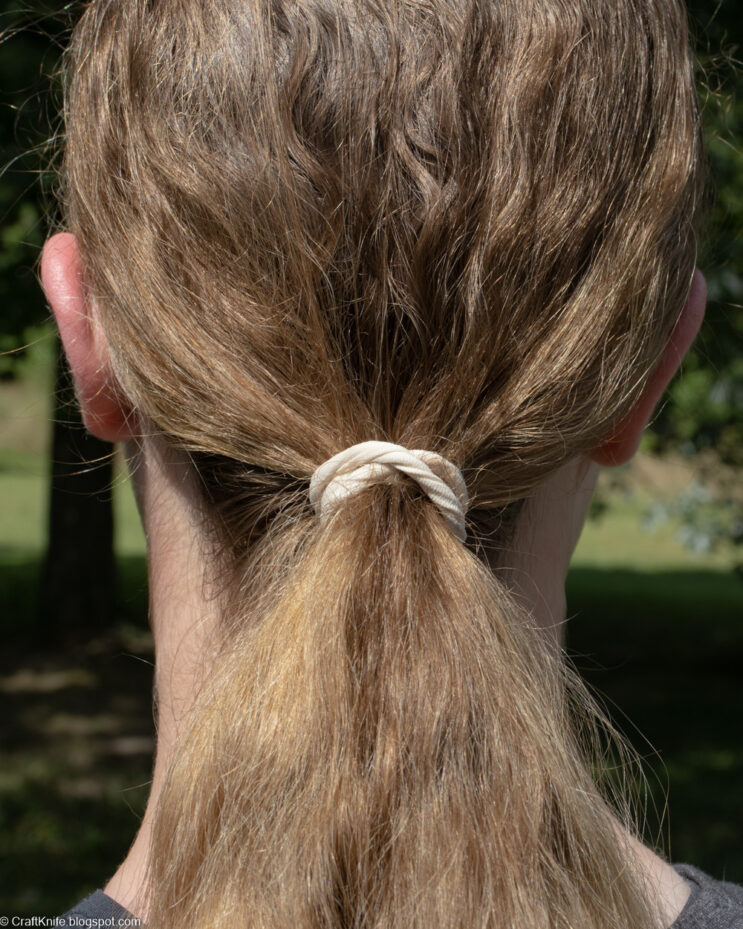 If you or someone you love is involved in a tights-wearing activity, come sit by me and let’s trash-talk tights for a while.

My kid has studied ballet for around eleven years now. For that entire time, ballet tights have been my nemesis.

Even that year when the leotard for her age group was pale pink and the class must have spent half the time rolling around on the floor for the way she came home every week with dirt ground into it–that year I still hated those ballet tights more.

The six full years that I spent putting her hair into a high bun before every class and not a single time did she ever not complain about how I did it until she finally just learned how to do it herself? We still argued more about the tights.

That year the school switched up the dress code at the last minute so that every level had to wear a different, obscure color of leotard and people were actually trying to overdye their kids’ old leotards to turn them burgundy or light green because who on earth sells light green leotards? It was still more annoying to buy the tights.

Repeatedly purchasing tights for a child feels especially egregious if half your personality revolves around being frugal and the other half revolves around being eco-friendly. Tights are fragile, so kids are constantly ripping them. They’re difficult to maintain, so they easily pick up stains or grow dingy. If your kid takes class multiple times a week, you can’t get by without multiple pairs of tights. You’re always having to open up a new package for auditions and performances. And even if you devote yourself to the care and maintenance of these tights, kids grow, usually inconveniently in the middle of a semester, so you’ll have to buy them new tights regardless.

Also, they’re generally made from nylon, just to make sure you’ve got some personal responsibility for killing the planet.

If you, too, are beholden to a continually evolving set of brand-new tights all year, every year, this little hack won’t cure your heartbreak. However, it might make you feel maybe 3% better, at least if you or someone you love also has hair that occasionally needs to be tied back.

Because one thing that you can definitely do with those old tights, whether they’re ripped, dingy, or just outgrown, is upcycle them into hair ties!

I expect that this will be especially exciting if you, like me, also chafe at constantly having to buy new ponytail rings. Seriously, WHERE DO THEY KEEP DISAPPEARING TO?!?!?!?

Here’s what you need to upcycle a pair of tights into lots of handy hair ties! 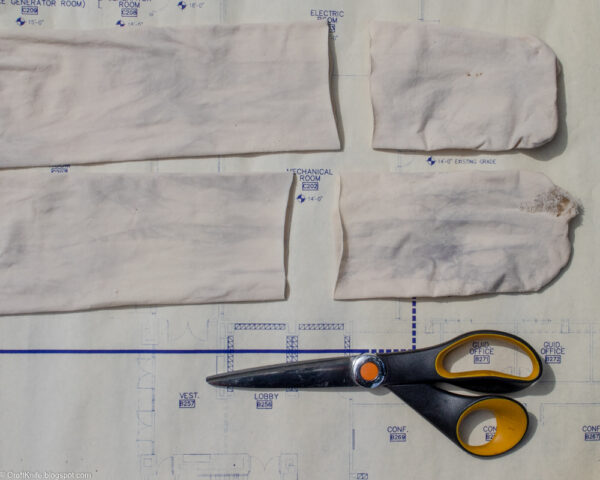 Even though keeping tights clean and in good repair is ultimately impossible, here’s how to avoid the inevitable for as long as possible.

First, handwash tights with your dishwashing liquid of choice. Dishwashing liquid is great at dissolving oils, including body oils. Some of the dinginess that tights take on over time is due to a build-up of body oils that then catches all kinds of other dirt. It’s important, then, to strip these oils first thing. Rinse well, and you won’t mess up your washing machine.

Treat stains with a leave-in detergent designed to counter sweat and oils.

Next, put your tights in a mesh bag and machine wash them with like colors and the laundry soap of your choice. The mesh bag will keep the tights from getting torn and tangled.

Finally, air dry the tights in the sun.

Flatten the clean, dry tights on a tabletop. Cut away the feet, body, and any ripped or torn bits.

Step 2: Cut the legs into strips. 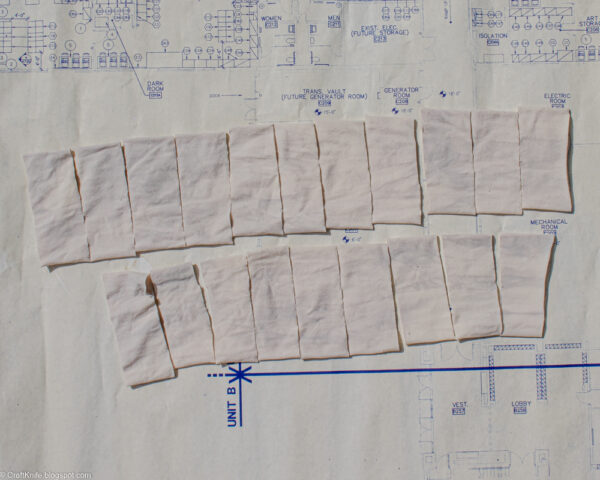 I like to cut my strips about an inch wide, but it’s worth experimenting to see what suits you.

You also don’t need to worry too much about general dinginess or the occasional odd stain of undetermined origin. These tights were not only ripped, but even though my teenager won’t admit it, she clearly put them in the same washing machine load as her brand-new Level VII leotards (Goodbye, burgundy leotards that are impossible to find! Hello, black leotards that are available in every style and price range!) and the black dye bled all over them.

Step 3: Curl the edges of each hair tie. 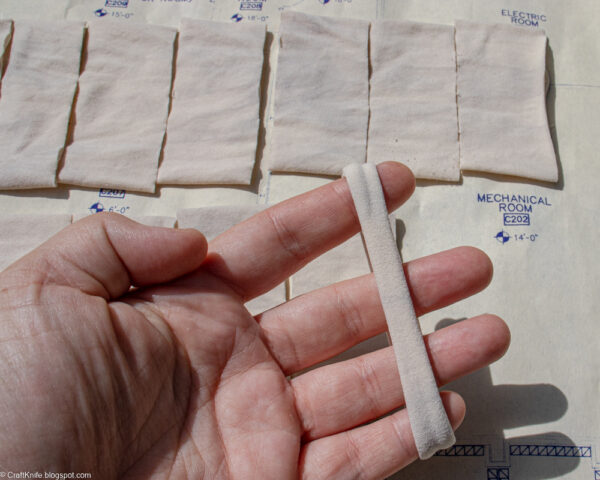 The edges of this nylon fabric won’t ravel, but they will want to curl up. Fortunately, that’s exactly what you want, too!

To make that happen, just pick up each hair tie and stretch it a bit. The edges will naturally curl up and the hair tie will look pretty much like any other stretchy hair tie you’ve ever seen. 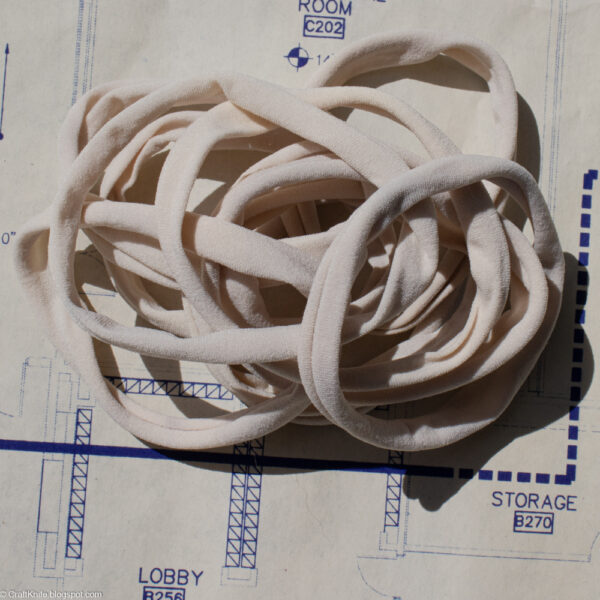 The stretchiness of these hair ties depends on the brand and size of tights. But I think that whatever kind of tights you start with, you’ll be pleasantly surprised at the hair ties you end up with.

When you wear them, don’t just think about the bits of tights that you’re temporarily diverting from the landfill. Also remember the production and materials and packaging and transportation resources and costs that you’re saving by not having to buy new hair ties! 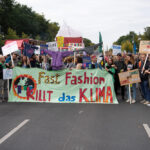 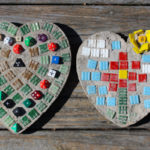