Craft and Privilege, Part 3: Looking at our Legacy.

From plarn sleeping mats to homemade clothing and blankets, there are so many ways that crafters can help the homeless.

Betsy Greer wrote a beautiful series of pieces not too long ago about crafting, privilege, and using our hands to give back, and it feels like kismet that my friend Jeff wrote about plarn sleeping mats to help the homeless just a few weeks later.

The plarn sleeping mats movement is gaining steam. What began at a church in Chicago has spread all the way south to Louisiana. Luling, Louisiana’s Wayne Abadie heard about Chicago’s Bag Mat Project and wanted to do the same thing in his own town.

The challenge that Abadie ran into, though, was time-related. Turning plastic shopping bags into plarn, then crocheting the plarn into mats takes hours. His first mat took an entire month. Sure, that mat makes a difference, but you’re not going to effect large scale change at that rate.

What started as a one-man project became a bit more efficient when he harnessed the power of community.

Last year, a New Jersey sorority asked Abadie to teach them how to make plarn, and now they send him skeins of plarn, which shaves a lot of time off of the process. More recently, a local 4-H club began collecting bags for him, which also shaved some time off of the mats’ total.

Even with the extra help, making these suckers is slow-going. As of this writing, Abadie has crocheted 14 mats on his own and donated them to local churches.

One of the big challenges that Abadie ran into was finding a good video showing how to make these mats. Over at our sister site Sustainablog, Jeff McIntire Strasburg did some digging and found the video at the top of the page.  Jeff says, “I followed Wayne’s lead, did a little Googling, and discovered that many people are not only upycling bags into mats, but sharing their methods online. The best instructions I’ve found so far come from Fine Craft Guild, which shared Dawn Warmbold’s video that walks you through the process of making a mat.”

In an interview with the St. Charles Herald Guide, Abadie mentions that it takes around 1000 mats to make a single bag. In the video below from The Bag Mat Project, they estimate closer to 500-700 bags per mat.

With so many techniques out there, it makes sense that the number of bags could vary a lot. If you’re looking to make your own plarn mats, I’d definitely suggest checking out both of these videos to see which one feels like it would work best for you. 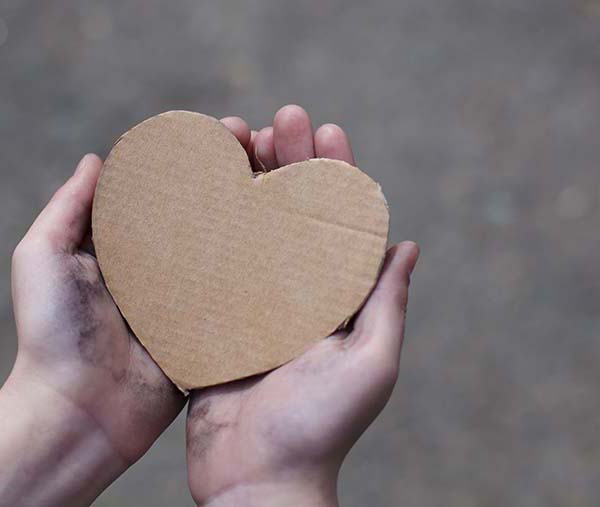 Beyond Plarn Sleeping Mats: Other Ways that Crafters Can Help the Homeless

Plarn sleeping mats are a wonderful project, and if you have the time and skills, I encourage you to go for it! But if you don’t crochet or don’t have time to make 500-1000 plastic bags into plarn, you can still use your crafty skills to help the homeless.

There’s an incredibly eye-opening blog written by a man named Kevin Barbieux. Barbieux is homeless, and one of the most popular posts on his site is entitled “What Do Homeless People Need.” Definitely give it a read, if you have time. If not, here are the bullet points with some crafty suggestions for each one.

There are lots of other great suggestions on The Homeless Guy blog that aren’t necessarily craft-related but still worth checking out.

My in-laws’ church in Orlando creates bags that members can hand out as needed. They’re pretty great. They have some shelf-stable snacks (think granola bars), a bottle of water, a pair of socks, and some basic toiletries. A handmade version of that based on Barbieux’s list would mean a lot to someone who’s going through a difficult time. Researching for this article has me inspired to put together some bags of my own that my husband and I can keep in the car.

I’d love to hear from you guys! Have you done any crafting to help the homeless? Was there a particular project that made a big difference in your area? Tell us all about it! 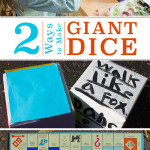 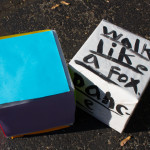