What if you didn’t have access to a toilet or a shower when you needed one? For thousands of homeless people, this is a daily problem, and it’s one we don’t always think about. LavaMae used craftivism to bring attention to this basic need that many Americans are unable to meet.

The project was part of World Toilet Day, which might seem like a snicker-worthy event but actually sheds light on another aspect of homelessness that many folks don’t think about. When you’re out and about and need a restroom, it can be an inconvenience, but you can also pop in to a gas station or coffee shop and use their bathroom if things get dire, right? For the homeless in urban areas, this is a constant problem. It’s more than an inconvenience, and LavaMae’s craftivism project helped broach this issue in an approachable way with whimsy and humor.

LavaMae created an art insallation throughout the streets of San Francisco called “C’mon, Give a Sh_t!” and they auctioned off the pieces to help support their efforts to provide sanitation for the city’s homeless. They literally took craftivism to the streets.

The LavaMae project wants to provide mobile showers and toilets, but what they’re really looking to provide is dignity. Watch this moving video where a homeless father of two talks about the daily struggle of living in the city without access to sanitation:

It’s powerful, isn’t it? We take access to showers and toilets for granted.

In order to provide these mobile public toilets and showers, LavaMae needs to raise money, and their art installation was part of that fundraising. I love that this act of craftivism brings attention to an issue that can be a little bit hard to talk about and takes steps toward funding a real-world solution.

You can support this craftivism project by bidding on the toilets over at 32auctions. 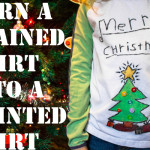 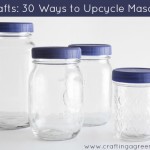