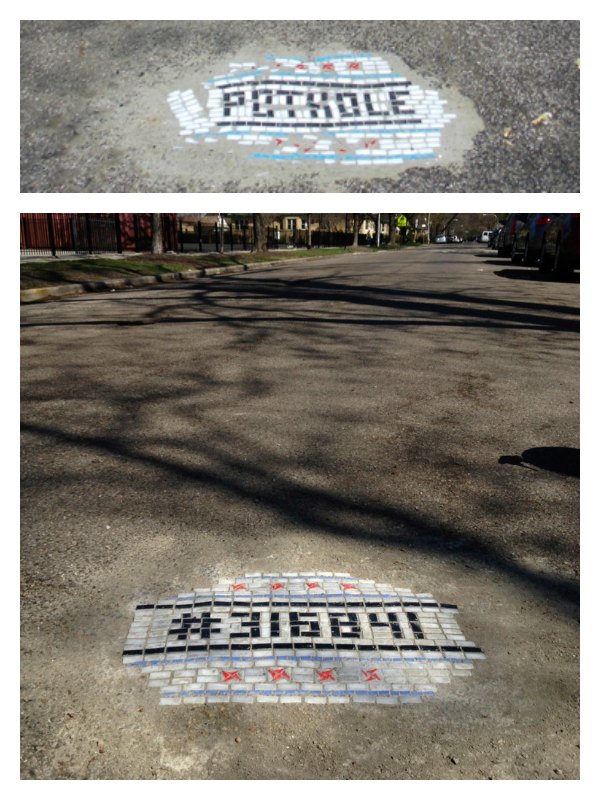 Chicago artist Jim Bachor is turning Chicago potholes into art one mosaic at a time.

Potholes are the pits. They’re bad for your car, they’re dangerous for pedestrians, and they’re just a plain old eyesore. After a brutal winter Chicago potholes are more prevalent than ever, and the city has fallen behind on repairing weather-damaged streets. Bachor’s project uses craft to turn an eyesore into something delightful.

This is a record year for Chicago potholes, with their DOT estimating around 60,000 new potholes left to repair now that winter’s done. His project began a year ago when he filled a neglected pothole in front of his house, and since then he’s filled a handful of others around the city.

Bachor’s project obviously can’t fix all 60,000 potholes. His site showed six at the time of this writing, with one labeled as “gone.” But the beauty of craftivism is in more than what it accomplishes directly, right? Bachor is starting a conversation. He’s changing how we look at eyesores like potholes. Sort of a more functional version of yarn bombing in a way, maybe? 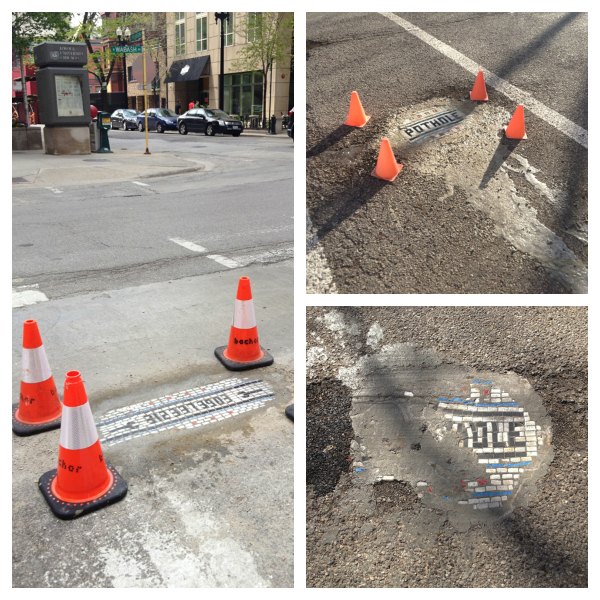 Even cooler? The city of Chicago is cool with his project! According to the Chicago Tribune, a spokesperson for Chicago’s Department of Transportation said that Bachor’s treatment of Chicago potholes shows Chicago’s resilience.

Bachor’s pothole design is based on Chicago’s flag, and he actually creates each mosaic in advance at his studio. He brings the pre-made piece to his chosen spot, plops it into place, and secures it with cement. Chicagoans can check out his work at these locations:

I think that part of me loves this story because like Chicago, my own hometown has a pretty bad pothole problem. It was heartening to hear that Atlanta isn’t alone! Jim Bachor, could you maybe head south and help us out? 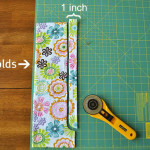 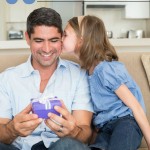