Artist Ali Golzad gives a face to traumatized children in these beautifully haunting examples of craftivism in action.

War displaced Golzad from his home in Iran when he was only 10 years old, so these pieces are very personal to him. He lived in a Swedish orphanage for three years before his parents finally found him. His mission with his cardboard bas-relief portraits is to give faces to other children suffering trauma and abuse.

In his artist’s statement for Invisible People, he says:

To me the plight of child soldiers and children abused as sex slaves escapes notice in the civilized word which causes me to question how civilized we really are. To me, these are invisible people.

He constructs the portraits using reclaimed cardboard and Sharpie markers. They’re simple materials, but the finished pieces he creates are dramatic: 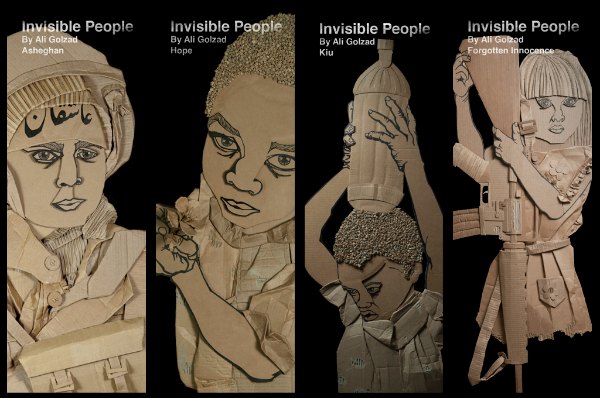 Each portrait looks at a different child and his or her plight. Golzad shines a light on the horrors that children face in war-torn areas. He depicts child soldiers, extreme hunger, and child slaves.

Most of us have read about these atrocities, but Golzad’s pieces hit home in a way that words on a page alone just aren’t able to do. Reading about a child suffering half a world away doesn’t always stick with you, but this cardboard art creates a powerful visual that is much tougher to ignore. It’s a beautiful example of craftivism.

You can see photos of the entire Invisible People on Golzad’s website. 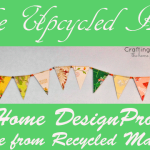 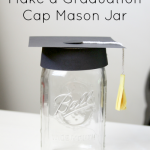