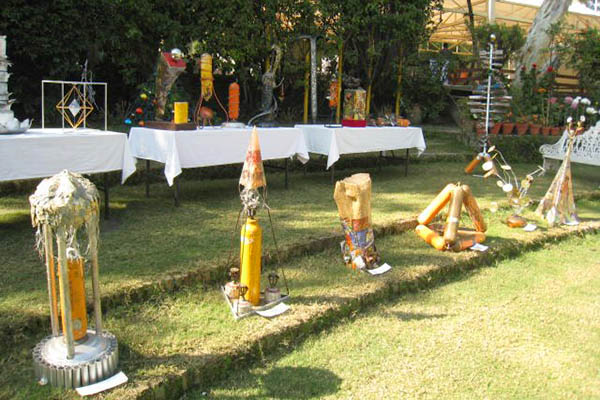 When you picture Mount Everest, you probably imagine a pristine, snow-covered peak, a lonely climber making his way to the very top, and maybe a small campfire or campsite where weary hikers take a break from the trail for the night. What you probably don’t picture is tons – literal tons – of litter.

Unfortunately, Mount Everest has a bit of a litter problem, despite the Nepalese government trying to keep things under control. Climbers have to put down a $4000 deposit before making the trek to the peak, and they don’t get their money back until they prove that they’ve left only footprints along the way. The trouble is, how do you prove that?

Around 4000 people have climbed Everest, and even if each person has left only a few pieces of trash behind, that adds up over the years. A group of Nepali artists decided to make a statement about the problem with a newly-completed project.

Art group Da Mind Tree got together with 1.7 tons of garbage collected from Mount Everest and created sculptures to showcase the volume of trash that’s collected on the mountain. The group’s director, Kripa Rana Shahi, said:

“Everest is our crown jewel in the world. We should not take it for granted. The amount of trash there is damaging our pride.”

The sculptures honor Nepali culture. One beer can sculpture mimics a traditional Tibetan mandala, and another piece uses empty oxygen tanks to create a Buddhist prayer wheel. From the photos on their Facebook page, it looks like oxygen tanks and discarded cans are the biggest culprits when it comes to litter on the mountainside.

They exhibited the art at a showing in Kathmandu, selling pieces for $15 to $2300 each, and the proceeds are going back to the artists and to the group that helped facilitate trash pickup on Mount Everest for the project: Everest Summiteers’ Association (ESA). ESA is a group of sherpas who climb the mountain in the summer to collect trash. They collect in the summer, because in winter the trash gets buried under snow. 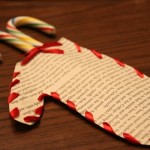