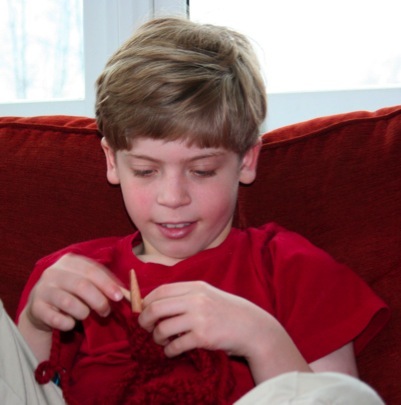 Nine year old Hannah knits hats and donates them to the Hats for Hunger program sponsored by Heifer International.

The Hats for Hunger program was also started by Andrew Castle.

The Hats for Hunger campaign was launched in 2008, by founder Andrew Castle when he was 9 years old. He was inspired when his family received a Heifer International gift catalog, and he read the story of a young girl whose needy family received a goat through Heifer. The story was the beginning of an idea.

Andrew combined his love of animals and knitting to start Hats for Hunger. He sold his hand knit hats and donated $1,500 to Heifer International in 2008/2009.

In October 2009, Andrew attended a harvest festival at his school and became more aware of hunger locally. He decided to start addressing hunger at home and has donated $700 to the Vermont Foodbank. The profit from each hat sold provides approximately 40 pounds of food to local Vermonters.

Hannah recently got involved with the program. As a knitter and crafter she made this video below as a 4H project and won a blue ribbon, a purple ribbon, a trip to the state fair and a Best of Show ribbon.

Hannah hopes other knitters will get involved with Hats for Hunger.

If you would like to learn more please visit Hat for Hunger. 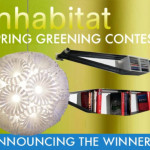 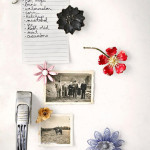