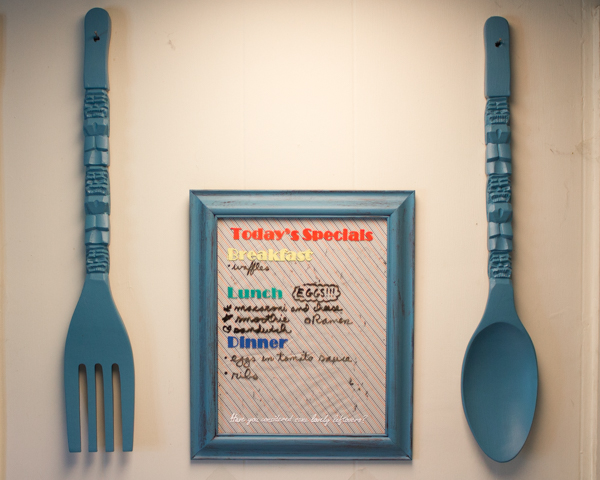 Painting elaborately-carved wood can be tricky. Here’s how to paint carved wood, so you’ll get lasting, professional-looking results. 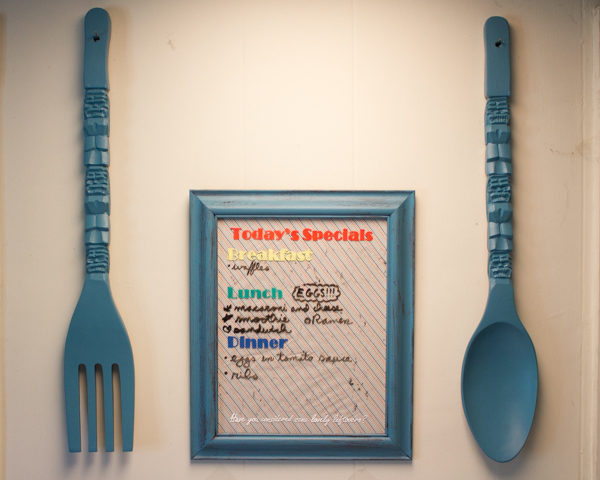 My grandparents, who raised me, were the king and queen of kitchen kitsch. We had ceramic canisters with mushrooms on them. We had dish towels with crocheted loops to hang onto your cabinet handles. We had decorative magnets ALL over the refrigerator. And we had, hanging up in the breakfast nook (because of COURSE we had a breakfast nook), a giant decorative wooden fork and spoon with handles carved to look like tiki guys.

My grandparents have both since died, leaving me with two huge grandparent-shaped holes in my heart, but they knew me well, and so they left me all of their crap. Not the fancy jewelry or vintage women’s suits or fur coats (I know, I know, but their heyday was the 50s, so you kind of have to give them a break), but Pappa’s coveralls. Mamma’s giant ceramic cat.

And the giant decorative wooden fork and spoon with handles carved to look like tiki guys. 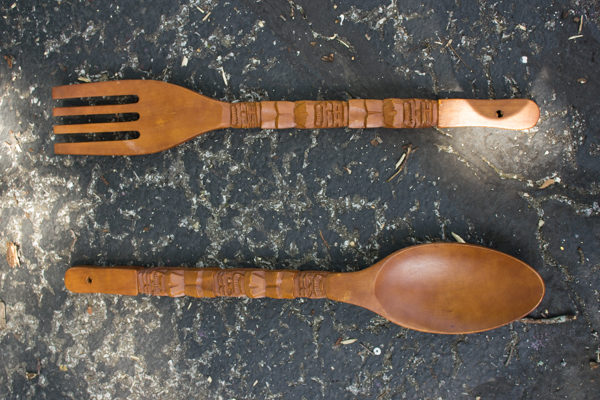 They’re pretty ugly, for sure, but in a way that’s easy to own, you know? I mean, nobody is going to look at them hanging on your wall and think that you genuinely find that giant decorative wooden fork and spoon with handles carved to look like tiki guys genuinely beautiful; you’re in no danger of anyone thinking that you actually are sincerely embracing 50s kitchen kitsch. And yet, Mamma and Pappa’s kitchen kitsch deserves more than a display that serves nothing but irony; I did want them to be genuinely lovely, just with the tackiness maybe toned down a bit.

Friends, you know what that calls for:

It’s definitely a departure for me, because I rarely repaint wood, instead preferring to preserve it with a clear sealant, but tacky decorative stuff does NOT get the white glove treatment the way that, say, the wooden shelves that I scavenged from an early 1900s general store does. 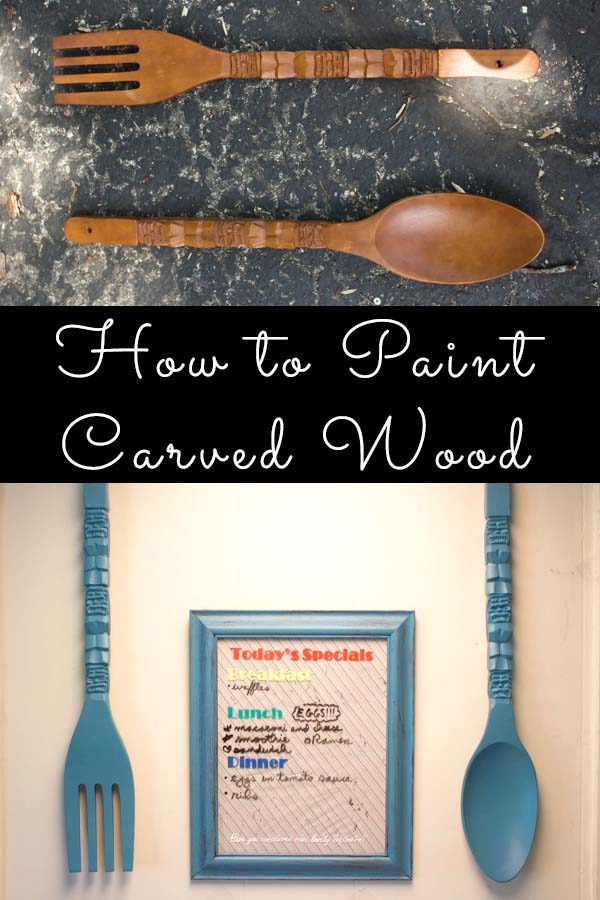 Now, you could go in a lot of different directions with this. For a while, I toyed with the idea of painting the fork and spoon grey, and then getting out the acrylics and tiny brushes and painting each of those tiki guys to look like little monsters, with tons of detail. Just between the two of us, I still might do that some day.

But for now? No. I’m trying to make a slipcover for our entire giant couch entirely out of upcycled denim, so I do not have time to paint a bunch of fork and spoon tiki guys into little monsters.

I also thought that maybe I could super jazz them up, make them totally over the top with glitter and crystals. But nothing else in my house is that gaudy, at least not on purpose.

Finally I decided on just a simple monocolor paint job. I just had to buy a new color of paint for the huge magnetic memo board that I put on one wall in the kitchen, so I figured I could paint the fork and spoon that same color and boom! It matches!

How to Paint Carved Wood

First thing, though, I hit them with a coat of primer. Even though my top coat is going to be brush-on, I used water-based spray paint for its convenience, because honestly? Painting all those little tiki guys, even all the same color and not like little monsters? 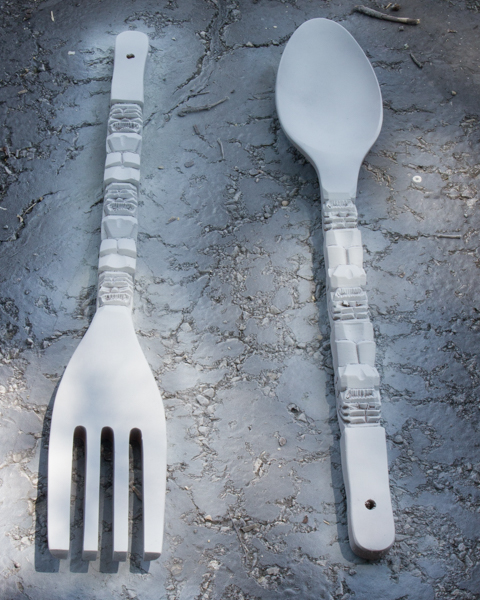 After the primer dried, I set to with a paintbrush. I needed both a large-format brush for the easy-to-cover areas, and a small brush for those dang little tiki guys! Grr!

To be fair, I do own a paint sprayer that I could have used, but the clean-up is a little too involved to bother with on such a small project.

Fortunately, it’s summer, so all I really had to do was set the fork and spoon outside, then pop out a couple of times to brush a new coat on. By the end of the afternoon, my brand-new blue kitchen kitsch was ready to be hung on either side of the weekly menu board.

They’re never going to be the cutest thing in my kitchen but my giant decorative wooden fork and spoon with handles carved to look like tiki guys bring a little bit of my grandparents back into those two huge grandparent-shaped holes in my heart, and honestly, that’s all that you can conceivably ask them to do.

And I do quite look forward to someday repainting all those tiki guys to look like realistic little monsters. 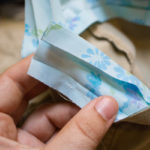 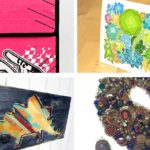