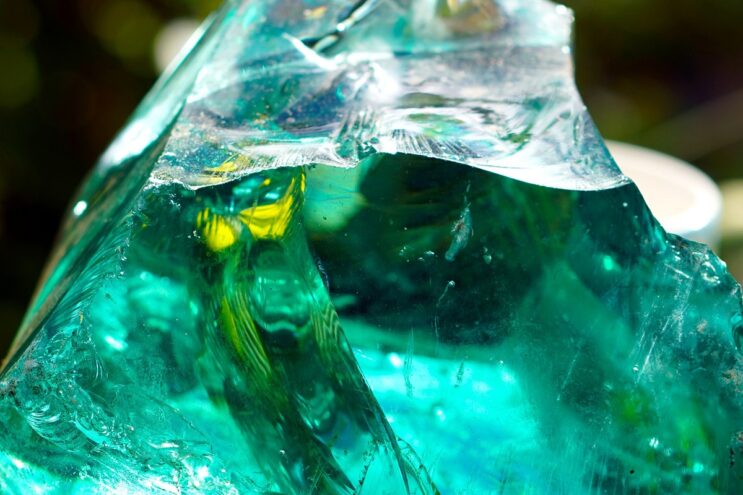 So, Tiktok has me down pat, you guys. I know you cool kids get, like, videos of people dancing or pouring buckets of water over their heads or something, but Tiktok shows me solely videos of interesting hiking trails, animals that are sad but then get adopted and are happy, and DIY projects.

The DIY project videos have led me down paths I otherwise wouldn’t have tread (reverse glass painting! Hoodies sewn from thrifted novelty fleece blankets!), but one particularly popular category always makes me cringe, even though it, too, looks awesomely fun: resin crafts.

Resin crafts, unfortunately, are terrible for the planet. Every resin craft project we make is one more unsustainably sourced, chemically toxic, non-degradable object that will clog up our waste stream, never decompose, and someday be examined with interest by the alien archaeologists that will come to our cold, barren, lifeless planet to try to figure out how the heck we managed to exterminate ourselves so efficiently.

The Problem with Epoxy Resin

Epoxy resin is a petroleum product, and I know you know about petroleum. It’s that finite resource that people don’t want to admit is finite, and so it’s being mined in increasingly unsustainable and actively toxic ways. But even oil sands and hydraulic fracturing won’t carry us forever, and reducing the demand for petroleum products is crucial for both extending the timeline of the current supply and encouraging the development of alternative, sustainable energy sources.

But okay, the world’s reliance on petroleum products doesn’t *really* stand on the back of that cute resin paperweight, and it would be awfully rich of me to imply that we crafters have a responsibility even a billionth the weight of, say, the auto industry, or the fossil fuel lobby. Instead of the big picture, let’s focus on the little one: that one bottle of two-part epoxy resin, and the cute paperweight I secretly SUPER want to make from it.

At the level of the average crafter, the real problems with epoxy resin are 1) its chemical makeup and 2) its inability to biodegrade. If you look up the Safety Data Sheet for pretty much any brand of epoxy resin, and scroll down to the section for Ecological Information, you’ll see a couple of relevant, and disturbing, pieces of information.

You’ll see, first, that you should keep the resin in its liquid state out of our water system–don’t dump it in the ocean, obviously, but also don’t pour it down the drain or flush it down the toilet or toss it in the trash. That’s a big problem for that average bottle of two-part epoxy resin, because resin crafting has a steeper learning curve than is generally evidenced in Tiktok videos, and while I don’t have the numbers, I’m willing to bet that there are lots and lots of partially empty bottles of epoxy resin that get disposed of when their owners get sick of fiddling with this tricky craft. And if you don’t already have it in your head that you should treat that half-empty bottle of resin as hazardous waste, what are you likely to do? Pour it down the sink. Flush it down the toilet. Toss it in the trash.

The other piece of information that I find particularly disturbing in the average Safety Data Sheet for the average brand of epoxy resin is… the lack of information. It’s well-established that your cute resin paperweight is inert–it’s not going to off-gas VOCs in your face or react explosively to some random thing you spill on it–but there’s no experimental data to establish what that paperweight is going to do in the sanitary landfill where it’s of course destined to end up. Will it EVER decompose? If so, how many thousands of years will it take? Will it just degrade into ever smaller pieces of microplastics?

Add to that the issue that resin crafts aren’t always made only of resin. You can make some really cute crafts by combining resin with other materials, but pouring resin over paper means that paper is no longer able to be recycled, and locking that dandelion inside resin means that dandelion’s natural resources are forever unavailable to the rest of the living planet. They’re tiny effects, but they’re permanent.

That’s the part that I feel personally responsible for. I’m already pretty sure that I’m not going to have a Nobel-worthy positive impact on the planet’s overall reliance on fossil fuels in my lifetime, but I’m absolutely sure that I don’t want my longest-lived legacy to be… a cute resin paperweight.

There are a few possible ways to get around the unsustainability of resin crafting. Simply using epoxy resin thoughtfully, and only when it’s the best material for one’s project, would go a long way towards greener crafting. It’s okay to want to make something that lasts a million years–I mean, of COURSE we want our greatest works of art to last forever, and it’s truly sad when they decompose beyond complete restoration–but making something that will never degrade should be special, and probably never reserved for paperweights, frankly.

An even better choice when one does really want the look and feel of resin would be to use one of the truly eco-friendly resins that are on the market. I hesitate to make any suggestions, as I haven’t tried any of them for myself, but readers, if you have and can especially recommend something (or especially steer us away from something!), please tell us about it in the comments below.

And if the exact look and feel of resin aren’t exactly called for, it’s worth the time and effort to figure out an alternative method to create one’s project. Glass gives a very similar look to a project as resin, and glass has the benefit of being one of the most recyclable materials currently available.

Upcycled materials can also be good choices, and you can play around with them knowing that just by using them, you’re saving them from the waste stream at least for a time. Water-based sealants can be a good alternative to a thin layer of resin, but it’s still well worth researching whatever particular brand interests you to make sure it’s actually a better environmental choice, and not just greenwashed to look that way.

I’d love to hear your thoughts on alternatives to epoxy resin, your ideas for alternative crafts that give some of the same results as epoxy resin without the same price to the environment, and your tips about eco-friendly crafters who are making the thoughtful choice to abstain from epoxy resin while still creating beautiful objects. And, you know, if you’ve got any advice for creating a pyramid-shaped paperweight that’s eco-friendly but also is clear and I can put glitter and a couple of 20-sided dice in it… I’m all ears! 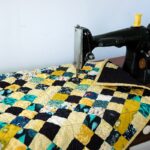 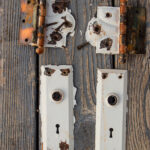