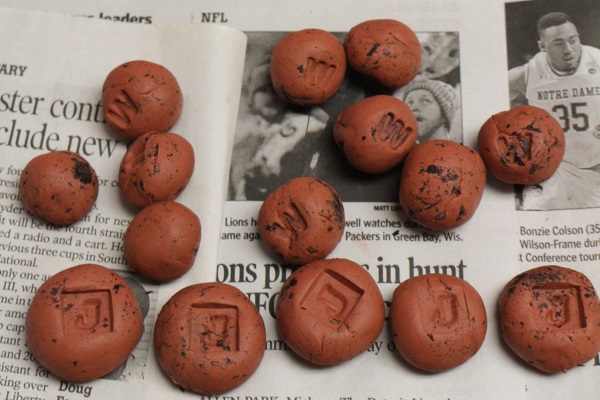 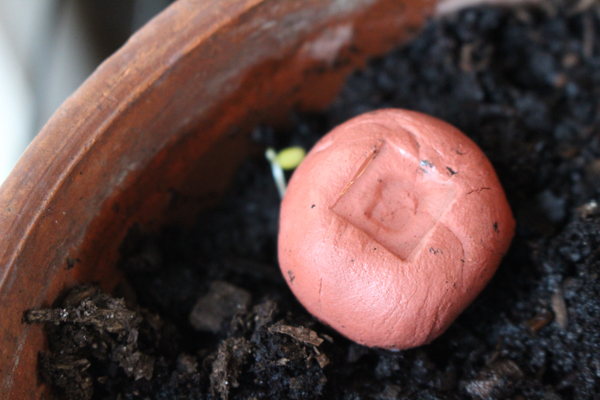 I used to think that seed bombs do not work, full stop.

And to be fair, I had a good reason for my opinion, because most of the seed bomb tutorials that you see online just do NOT work! Here’s why:

When there are so many things wrong with so many of the seed bomb tutorials that you see, it’s easy to think that the whole concept is a bad one.

But done properly, and distributed carefully, seed bombs CAN work.

Here’s what you’ll need to do it right.

1. Get your hands dirty

Pinch off an amount of clay the size of a large marble–remember that the best seed bomb is a SMALL seed bomb, so don’t overdo it. 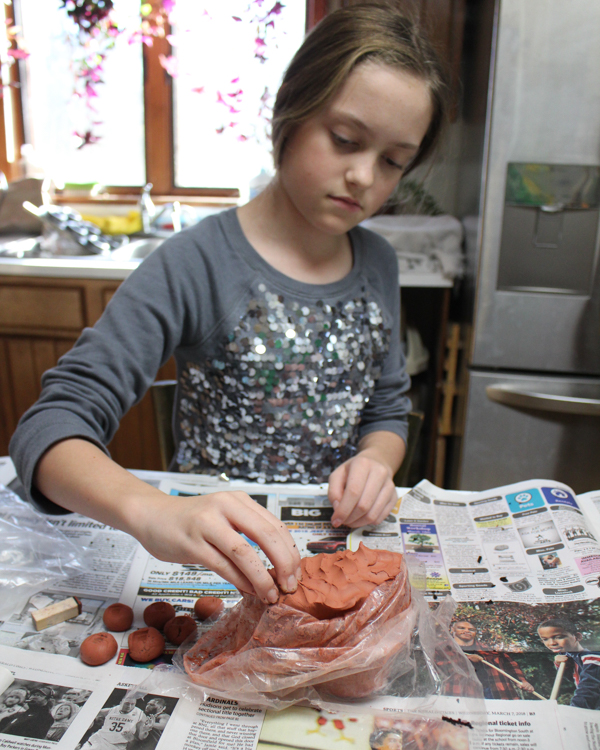 2. Roll the clay into a ball between the palms of your hands

Might as well go ahead and get a little dirtier! Use the tip of a finger to make an indentation in the clay ball, and fill the indentation with as much potting soil or seed starting mix as will fit. 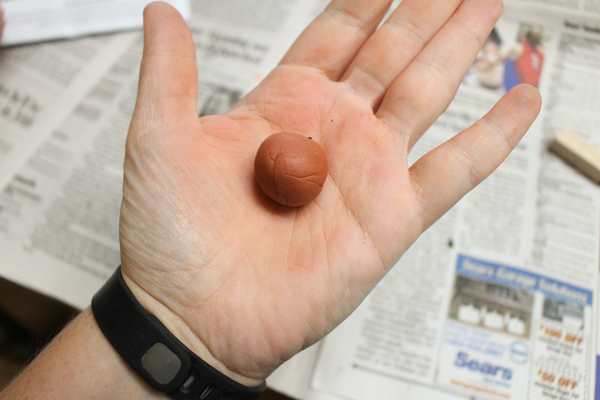 Be very stingy with the number of seeds that you put in your seed bomb because you don’t want them to crowd each other out of existence. Three to four seeds is plenty! 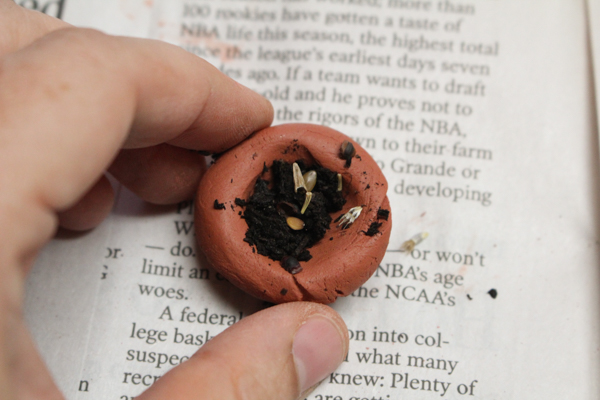 4. Seal the potting soil and seeds inside the bomb

Pull the sides of the seed bomb over the top to seal in the potting soil and seeds, then roll it around your palms again to make it back into a nice, smooth sphere. 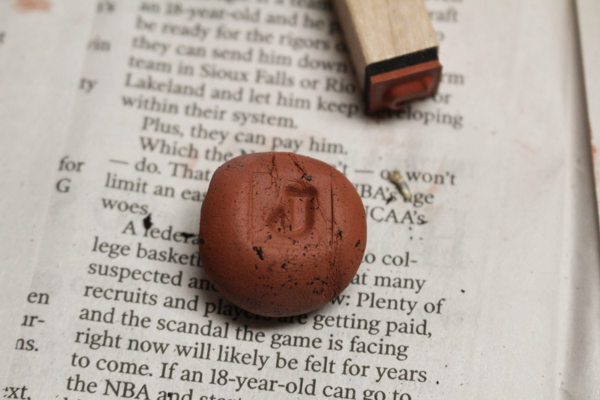 5. Stamp the top of the seed bomb

Press hard with the stamp; you’ll slightly flatten the seed bomb, but will make your stamped impression stand out nicely. 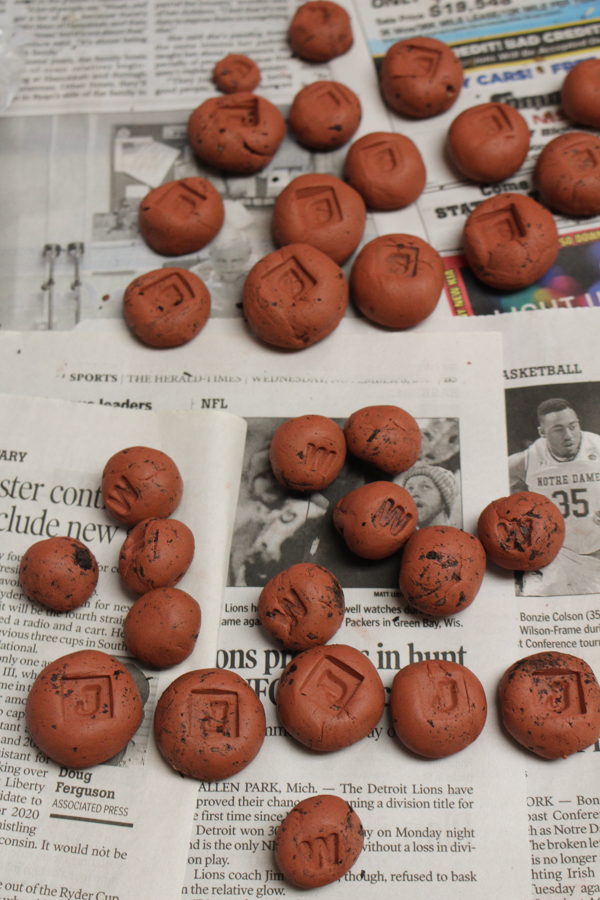 Let the seed bombs air dry for at least as long as the package of air-dry clay instructs. Thanks to the potting soil center, the seed bomb might take even longer to dry.

When the seed bombs are dry, you can store them in the same cool, dry, dark spot where you store the rest of your garden seeds. To use them, toss them onto the ground whenever the growing conditions outside match the seed packet’s specifications AND there’s a lot of rain in the forecast for the next week or so.

Another option is to simply press a seed bomb down into the dirt in your garden or a flowerpot and water regularly. I planted a seed bomb in a pot in my windowsill just for fun (I don’t think the native plants will last inside all winter, but it’s worth the experiment), and look how cute my little seedling babies are, growing out from under the safety net of their seed bomb! 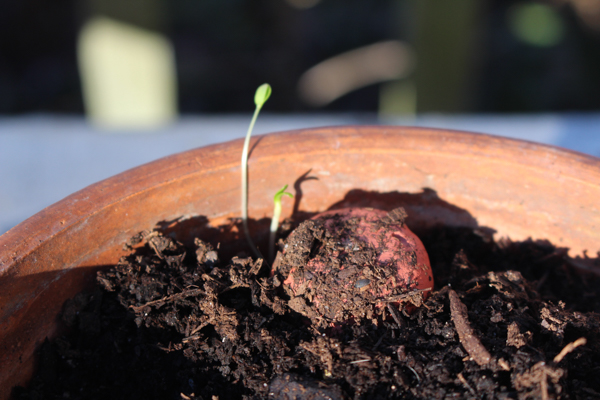 My watering can didn’t exactly mimic the right rainfall conditions to properly dissolve the clay exterior of the seed bomb, but even so, it was enough to get a couple of sturdy little seeds germinated and growing happily.

Imagine how happy they’ll be when I toss them around the garden in the actual springtime! 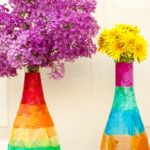 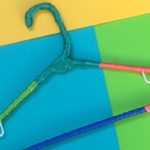