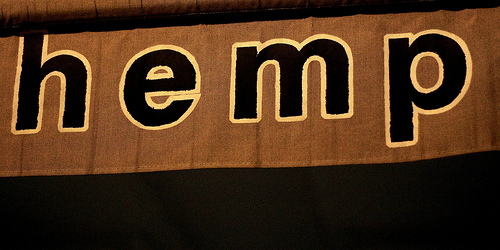 If you had told me that I’d be talking passionately about the 2012 Farm Bill on a crafting website, I would have never believed it, but a recent proposed amendment to the monster bill could have a big impact for green crafters by making it legal to grow hemp in the U.S. But will it pass?

Wait….what? That’s right! It’s legal to import hemp products – including hemp fabric and clothing – but growing hemp is illegal in the United States. Farmers have been fighting for decades to legalize this cash crop, and I was totally thrilled earlier this week when Raw Story reported on a late addition to the Farm Bill that could do just that.

Hemp is kind of a wonder plant. It requires little water and few pesticides to grow (unlike a certain other fiber that I will not name…cough…cotton…cough). Hemp fabric is strong and versatile. It actually gets stronger with wear and tear, which means that when you craft with hemp you’re not only creating something with an eco-friendly material but that your finished product will stand the test of time. Hemp also improves the soil where you plant it rather than sapping its nutrients.

The trouble with hemp is that right now if you want to dye it, sew with it, or use it at all, you have to first import it from China or Canada. Not too great from a cost standpoint or from an environmental one.

Not only is hemp an amazing fabric but hemp farming wouldn’t be too shabby for our economy, either. According to Raw Story, hemp is a $400 million industry in the U.S. now…imagine the extra revenue and new jobs we’d create if we could actually grow the stuff here!

The Farm Bill amendment – sponsored by Sen. Debbie Stabenow of Michigan – sounds pretty simple. It would legalize industrial hemp production. Clean and simple. You can’t smoke industrial hemp. Well, I mean, I guess you could, but it wouldn’t be any fun. The cash crop wouldn’t be sold as a drug, only for creating food, fiber, and other hemp products for consumers.

Unfortunately, The San Francisco Chronicle reported on Wednesday that things aren’t looking so hot for hemp legalization. Even if the amendment passes, the Obama administration and the U.S. Drug Enforcement Agency are saying that even if the bill passes with the amendment intact, they do not plan to declassify hemp plants as a controlled substance. That means that even if the Farm Bill says it’s OK to grow hemp, farmers risk DEA raids on their crops, sort of like medical marijuana growers and dispensaries in California do now.

This isn’t the first time that the DEA has squashed attempts to legalize hemp. North Dakota began allowing hemp farming back in 2007, but the DEA put the kibbosh on that. When California tried to launch a hemp farming pilot program late last year, pressure from the DEA was a big reason why Governor Jerry Brown didn’t sign that program into law.

Unfortunately, as long as hemp is stigmatized as a drug, it looks like hemp farming in the U.S. is going to stay just out of reach. The folks making the rules strike me as painfully ignorant about what hemp is and what it is not. When I wrote my governor – Sonny Perdue – a few years ago to express my support for hemp farming here in Georgia, the response I got back could really be boiled down to, “hemp plants look too much like pot plants.” Seriously? 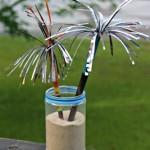 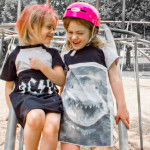