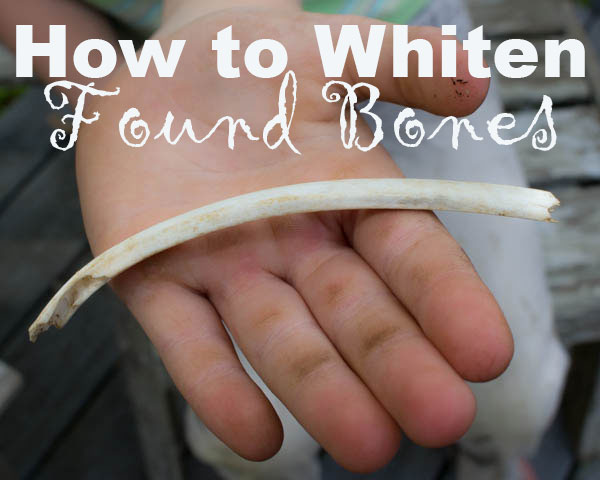 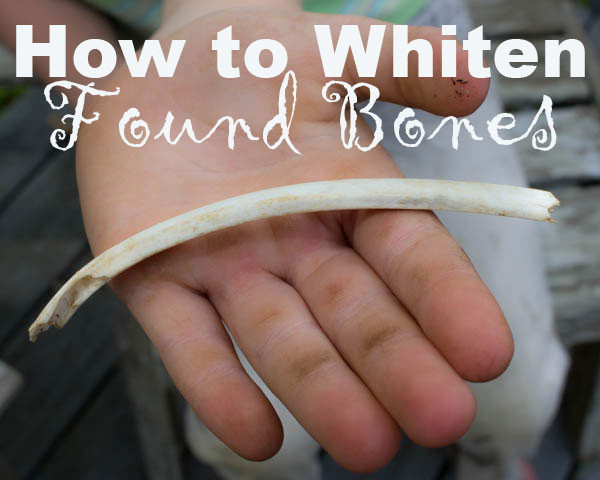 We have a woods out back of our house, and my two homeschooled kids spend much of their time, both day and night, out there–climbing trees, exploring, playing flashlight tag, and picking up lots and lots (and LOTS!) of interesting things.

All of their treasures, whether they be crinoid fossils or shed snakeskins or, sigh, animal bones, get their time to shine on our nature windowsill. I tend to love everything (as much as I can…) exactly the way that it is, but my older kid, in particular, has a scientific mind and likes her specimens identified and prepared and “properly” displayed.

She likes her fossils identified, her leaves pressed, and her bones whitened.

To be fair, whitening the found bones does seem to improve the level of detail that you’re able to observe in them, and since whitening can be done naturally, and doesn’t harm the bones, I’m content to allow it.

Here’s what we do, although after that I’ll point you towards some more advanced techniques that you can use for more elaborate specimens:

1. Get a bottle of hydrogen peroxide. I don’t love hydrogen peroxide, because it doesn’t keep well–they put it in that opaque bottle for a reason! However, if you build up a collection of several specimens before you begin (a feat that we cannot manage, because my child is both scientific AND impatient), then you can buy and use up an entirely fresh bottle with no qualms.

2. Get a container. Use plastic or glass, and since hydrogen peroxide is a bleach, if you’ve got a dingy plastic container, now is the time to make it a little whiter. 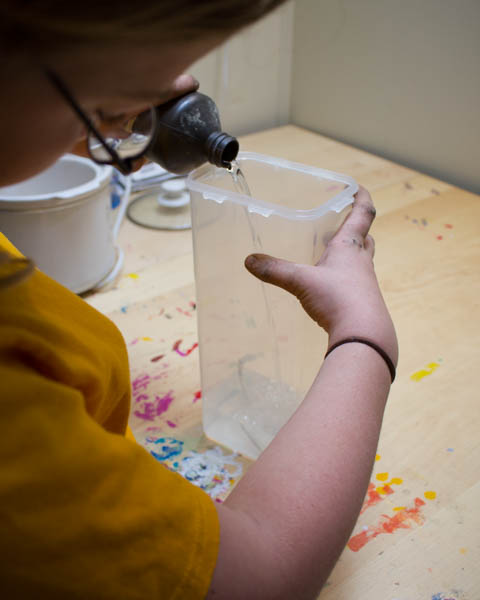 3. Lay the bone in the container, then pour in hydrogen peroxide to immerse it. Cover the container, so that nothing tries to drink it and to deter evaporation.

4. Leave the bone immersed for at least a full day. I’m kind of a minimalist about bleaching, so I don’t like to leave the bones in the hydrogen peroxide bath very long, but you certainly can.

5. Let the bone sun bleach for a day. Do this, THEN rinse the bone.

6. Repeat as needed.  If you didn’t quite get the level of whiteness that you wanted, you can put the bone in another hydrogen peroxide bath to continue bleaching.

This method works quite well for our student/hobbyist needs, but serious hobbyists and artists have developed some pretty intense, pretty effective ways to bleach bigger found bones. Check out a few here:

lye. For their Science Fair last year, my kids rearticulated the skeleton of a grocery store chicken. We first boiled the carcass, but key to this process was the use of a lye solution (lye is super dangerous, so… great choice of a Science Fair project by an eight-year-old and ten-year-old!) to dissolve most of the non-bone materials.

maceration and degreasing. This may not be for you, but there are people who start with a found dead animal and go from there, assisting in its decomposition and then whitening its bones. My kid says that “meat-eating bugs” would be more efficient, but if you don’t have a stock of those, then here you go!

wrapped and bleached. Hydrogen peroxide isn’t super spendy, but you’re not made of money, so if you’ve got a large bone to whiten, you may want to try this wrapping technique instead of immersion.

So, yeah. This is me, doing the weirdest, most random, most vaguely disturbing projects out there, so that you don’t have to! 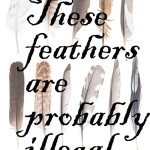