Need some gift bags? Here’s my method for how to sew a drawstring bag. It’s the easiest drawstring that you’ll ever sew! 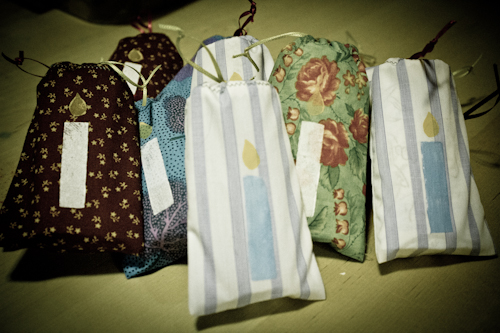 I sew a lot of little drawstring bags, dozens at a time for my etsy shop, one or two every time a new mismatched set of chess pieces or Bella Sera trading cards presents itself as a storage problem, a couple every weekend, it seems, to package the gifts for the endless parade of children’s birthday parties that my daughters attend.

When I sew a lot of something, and often, I’m always trying to refine my methods. In particular, although I create my drawstring bags using my own simple drawstring bag tutorial, the casing is fiddly to sew when the bag opening is smaller than the sewing machine’s free arm (as it always seems to be, sigh), and opening a couple of stitches in the seam to thread the ribbon through requires careful attention for a moment, causing me to miss some conversation in the Fringe episode that I’m trying to watch while I sew, and a double-drawstring enclosure keeps items contained more securely than a single drawstring does, keeping all those chess pieces from falling out when their bag is hurled by an angry child at her sister’s head. 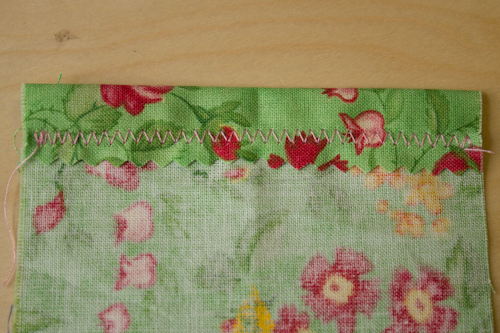 I still use the same bits from my fabric stash to sew my drawstring bags, and the same sizing standards, although these days it’s a package of U.S. presidents flash cards that I place narrow side on the fold and cut around to make a drawstring bag the perfect size for birthday candles or Beyblades.

At this point, if you want to add an applique, or freezer paper stencil, or any cute embellishments to your drawstring bag, do it now, before the bag is sewn up and it becomes more fiddly to do. 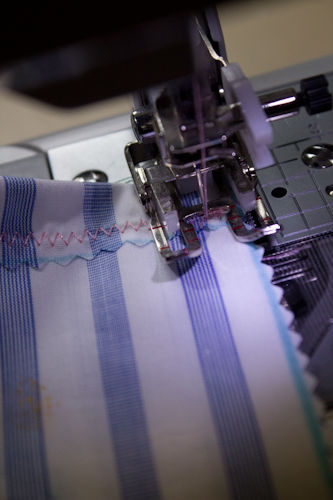 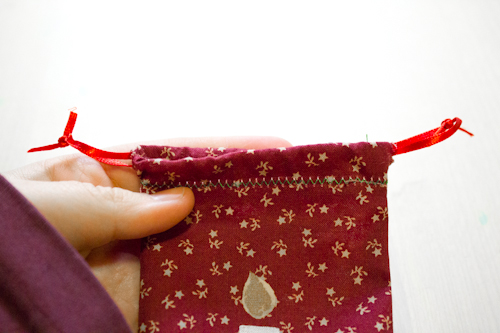 Pulling both drawstrings tight, and then knotting them together, will make a much more secure enclosure for your bag than a single drawstring will, although it will be harder for a small child to manage. For a kid who certainly ought to be putting away her own chess pieces and Beyblades and peg people, however, and not leaving them out for me to step on in the middle of the night on my way to the bathroom, this is the perfect solution.

Other than, you know, getting the kid to actually put her stuff away. That’s still hard.