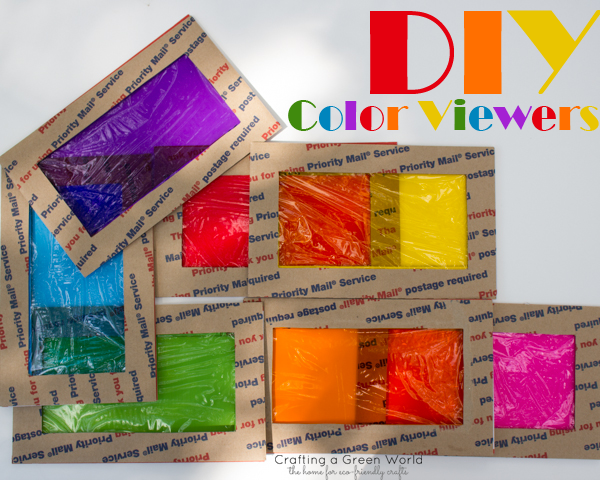 Got a kid who’s in love with color? These DIY color viewers will help her see the world in a whole new light!

These color viewers are a project that is suitable for a wide range of ages. Toddlers and preschoolers will incorporate them into their sensory play, while older kids (who do still love their sensory play, of course!) will be able to use them for a variety of scientific observations and experiments–colored shadows, color mixing, the properties of light, the properties of the eye, etc.

Here’s how to make your own set of color viewers:

1. Gather ample cardboard to upcycle. You’ll need two pieces of cardboard for each color viewer. I have a horrifying collection of used shipping boxes that I was pretty thrilled to raid for this project, but cereal or cracker boxes, moving boxes, or my most common go-to, cardboard record album covers, will also work well.

2. Cut cardboard to size. This size will depend on the size of the cardboard pieces that you’re using; to minimize waste, I cut my cardboard to the largest size that I could–about 5.25″x8.5″. Cut two pieces for every color viewer that you want to make. 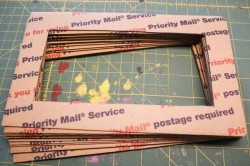 3. Cut a window into the cardboard. Measure 1″ in on all sides, and cut out to make a frame.

4. Cut the cellophane to size. As with my DIY 3D glasses tutorial, it’s the colored cellophane

that really makes this project. Measure the window that you’ve cut into the cardboard, then cut each piece of cellophane, one per color viewer, 1″ longer than that measurement by both length and width.

These color viewers are sturdy enough for even toddler play, but if you’ve got a smaller kid who still likes to gnaw, you’ll probably want to cover the outside edges of the cardboard frame with clear packing tape so that the kid’s saliva doesn’t soften and wear away the cardboard. Older kids will mostly do this, though: 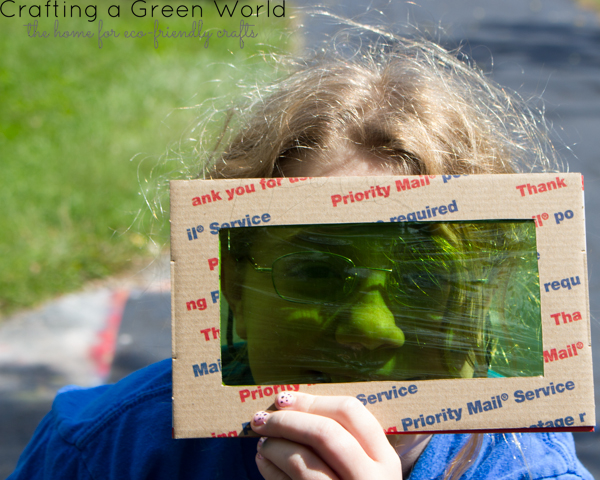 Then she looked at her sister through it, informed her that she was green and therefore made of puke, the sister screamed in outrage and began to chase her, and I might have possibly gone inside and locked the door. 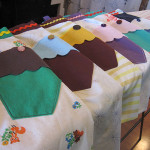 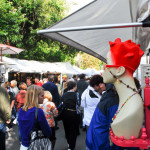