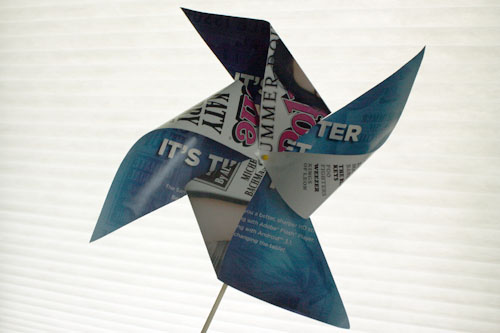 Party decor can mean a lot of waste, but it doesn’t have to! Instead of heading to the party supply store for generic decorations, you can raid your recycle bin and upcycle yourself some pinwheel party decorations instead.

My friend Kip turned 30 last week, so a big blow-out party was in order! Her party’s theme was a kid’s party with a grown-up twist, and we had tons of fun deciding on party games and decor to fit the theme (think: a kiddie pool instead of a beer cooler and curried PB&J finger sandwiches).

For decorations, we wanted to make things that reminded us of being kids, but do it in a more grown-up way, as well, and pinwheels felt like they fit the bill! We whipped up two different sorts of pinwheel decorations: more traditional ones, for staking in the ground around her garden and pinwheels that she strung up with twine, bunting-style. Both were super easy to make, and all you need to do both types of decorations are:

A single magazine page is a bit too flimsy for pinwheels of this size, but we found that the covers of the magazines worked best. When we ran out of covers, doubling up on magazine pages worked just fine, too.

Next>> Two ways to display your pinwheel 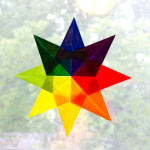 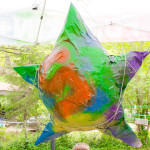