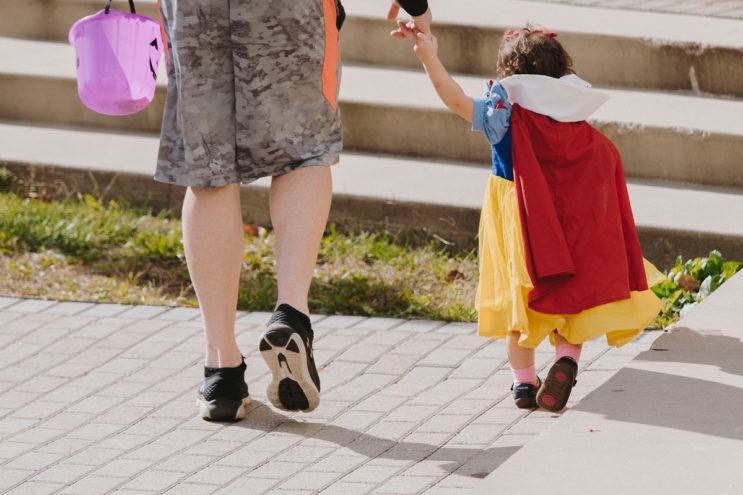 Why bother with a homemade Halloween costume for a kid?

If you’re looking for inspiration, check out my favorite DIY kids’ Halloween costumes, below. Your kiddo will be the cutest little pumpkin/zombie/glow cloud/zombie clown out trick-or-treating this year!

This homemade bat costume is a lot cuter–and a lot warmer–than the store-bought bat costumes that you’ll see.

This Bowser shell was the bane of my Christmas sewing. My 3 year old wanted a Bowser costume for Christmas and I am relieved I finally finished it today. I hope to never sew another one.

This DIY Bowser shell is probably my favorite thing on the planet right now.

I’d be wary of putting this costume on an under-three who’s still mouthing everything, including stuffing that’s attached to her body, but this would be a super cute–and frankly pretty warm–costume for a preschooler.

One of my favorite costumes to date….this Baby Cow Costume from a few years ago. Can you tell what those udders are made of? This whole thing still cracks me up! ??+?=? Just search "cow costume" over at ?? @makeitandloveit for the full tutorial!

The udder on this costume is EVERYTHING.

Use this tutorial to turn a hoodie into most of a dragon costume, and then your favorite leggings pattern to sew the bottoms. If you need something quicker and easier, these DIY dragon wings require NO sewing!

I love that this costume is created almost entirely with fabric paint! And the outfit is so cute that your kiddo can wear it as everyday clothes until she grows out of it and can hand it down to another little ice cream cone.

Making a mummy costume for Sam’s Egyptian day at school! Thought it would be a good idea to tea stain 40 bandages and then sew them onto old PJ’s…as you do!?? He loved it and felt super special – mummy’s job is done ✅ #mummycostume #egyptianday #lovesweatandtears #startedsoillfinish

I think that this costume could work for a kid of any age, just remember that the bigger the kid, the more bandages you’ll need.

If you can find green leggings, then this homemade Halloween costume gets even easier!

There's something just so cute about kids in costumes!!! ??? This pineapple costume I made Oliver last year is definitely one of my favorite projects of all time! @portraitinnovations is having a fun and free Halloween costume event on Monday, and I've gathered 15 cute and simple baby costume ideas if you're looking for some inspiration. Find out more details on Lines Across. #pineapple #sponsored #halloweencostumes

This baby costume is super easy to make–just make sure that if you’re embellishing with felt, you attach it super securely to the onesie, because it’s a choking hazard.

If your little kid has overalls, then you have practically everything that you need for this scarecrow costume!

I LOVE this costume idea for a little kid, especially one who is not loving the idea of bulky clothes, wigs, or a mask. The brown paper bag snail shell is light and out of the kid’s way, and they can wear whatever they find comfy along with it.

Easy #DIY #Halloween costume – a Stick Figure Man! Get the how-to on the blog http://bit.ly/1rY02Hl

This is a great costume for an older kid who both still feels little enough to want to trick-or-treat and awkward about wearing an elaborate costume. This stick figure costume is quick and simple, and winky without being too cringe.

If your kid doesn’t get too fussed about details, then a basic superhero costume is easy to make. You simply need play clothes in the correct color, felt, and a cape.

The skeleton is the opposite of the stick figure and is good for a littler kid who wants to wear a costume, but also doesn’t want to wear anything that’s not comfy. Put them in their favorite sweats or leggings and shirt and tape them up!

This time last year I was sharing all the deets on our #garbagemancostume over on the blog. Costume brainstorming is in full swing around here and I think we’re zoning in on the final decision. Do you take a DIY or an “add to cart” approach to costumes? #halloweencostume #kidcostume #trickortreat #wastemanagement #garbagetruckobsessed #abmhappylife #letthembelittle #littlekidsbigdreams #themagicofchildhood

Dress your little one up as their hero!

Cardboard to the rescue once again!

Have you started thinking about Halloween yet?! Check out this DARLING Rain Cloud Costume that Crystal from @stitchedbycrystal created for her little girl, for very little cost at all! Ha…I seriously can't get enough of the cuteness! ? Check out the full tutorial on the blog! Click for link ?? @makeitandloveit

If you don’t have a hat with a wide brim, you can widen it yourself with a circle of cardboard. The stuff to make this rain cloud can come from stash or from old pillows or stuffed animals. Ripping apart old stuffed animals to wear their guts is the ultimate Halloween activity!

I enjoy Halloween, but when it comes to costumes, I usually buy them. Last year, my son wanted to be a Werewolf, so I ended up putting this DIY Werewolf Halloween Costume together, and it was so easy that I thought I'd share it. All the details are on the blog today, so if you're looking for an easy costume for a child, check it out. #thehappyscraps #linkinprofile #halloweencostume #halloween #kidscostumes —> swipe for more.

I know that I’m always telling you to gut your old stuffed animals, but here’s another use for a gutted stuffed animal: a werewolf costume! If you want to reuse the pants after Halloween, use safety pins or a basting stitch instead of the fabric glue that the tutorial calls for.

I’d dig around for the very, very, VERY grungiest and stained clothes for this DIY since you’ll never be able to salvage them for another use. I’d think that you’d be able to get all of the soldier accessories that you could stand just by asking other parents, and face paint will take care of making your kid’s face and hands toy soldier green.

A throwback to Halloween two years ago when I made the boys’ tractor costumes out of cardboard boxes! This pin is going gangbusters on Pinterest right now! (There is a whole DIY post on the blog) I suppose everyone is on the hunt for ideas. I’m still working on this year’s costume theme … Can you guess what it will be?

This Halloween costume couldn’t be easier to DIY, because it’s all cardboard and spray paint! It’s a prime example of how homemade beats store-bought because I’ve NEVER seen an actual tractor costume for sale in the Halloween aisle at Target.

Does your kid prefer trains to tractors? Then turn them into a train!

My little girl loves unicorns! So of course, she needs to be a unicorn for Halloween! ??? Check out this Easy No-Sew Unicorn Halloween Costume tutorial I put together! Clickable link in profile ? #ihearthalloween #MichaelsMakers Tag a Unicorn lover! ?

It’s easiest to start with a hoodie and sweats that your child already owns, but hoodies and sweatpants aren’t hard to sew, either, so feel free to start completely from scratch.

I channeled my inner Martha Stewart and made my daughter a DIY windup doll costume. I love how it turned out but even more importantly she is happy with it. We even watched Chitty Chitty Bang Bang for inspiration! Tutorial on the blog! #diyhalloweencostume #windupdollcostume #windupdoll #cotume #tweencostume #halloween #halloweeencostume #ballerina

Here is the perfect costume for a toddler that doesn’t want to wear a hot, itchy costume. They’ll never even know they’re wearing it!

Do you have a favorite tutorial for a homemade Halloween costume for a kid? Tell me ALL about it in the comments below! 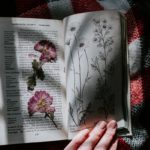 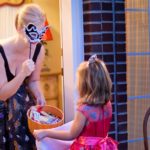