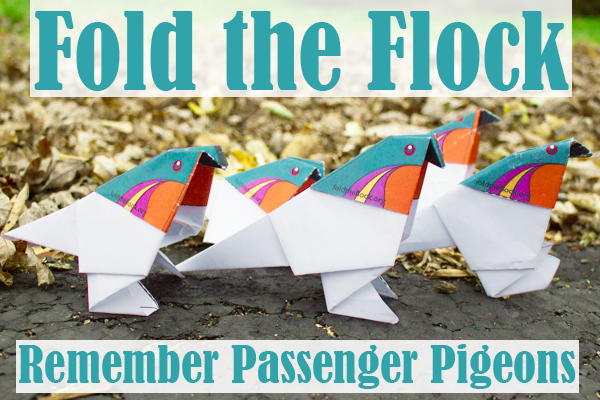 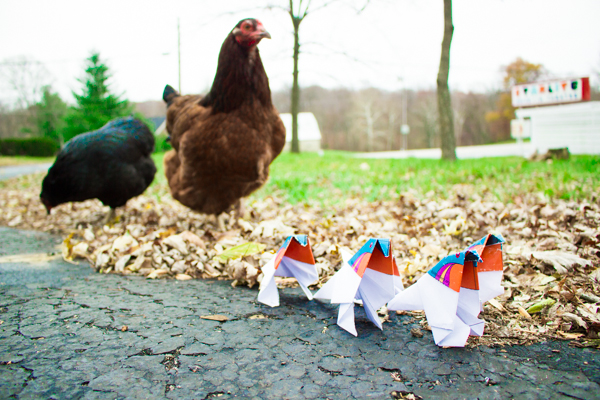 Fold the Flock is an outreach of the Lost Bird Project, which tries to use art projects, both large- and small-scale, to connect people with environmental issues in a way that an intellectual understanding of the facts behind these issues simply can’t. Just as creating elegrams builds awareness of and sympathy for the plight of elephants, hopefully inspiring people to later donate to or work for the cause in the way of their choosing, Fold the Flock builds awareness of and sympathy for the plight of the passenger pigeons, hopefully inspiring people to also connect with the causes of other endangered life and other environmental causes.

It’s a smart way to build awareness. This little origami craft project is something that my children’s grandfather did with them, and that they brought home to ME. Children, especially, benefit from this hands-on self-discovery. and the ownership and mastery that they feel when they get to teach someone else, especially an adult (especially their mother!), about a craft project or about an important issue like endangered and extinct animals.

Building awareness of and sympathy for an already extinct animal like the passenger pigeon, by means of art projects like Fold the Flock, are methods of better “priming” people for action on future issues. A kid who folds an origami passenger pigeon may well grow into an older kid who reads everything she can find about endangered animals, and grows into a teenager who volunteers on weekends with a conservation facility, and one day grows into an adult who works to end the problem of endangered species for good. 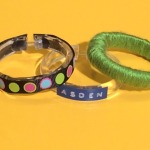