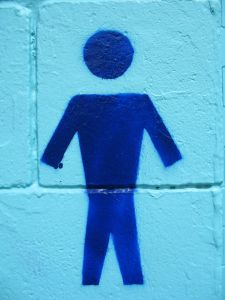 So I’ve been doing the Fabulous Fabrics series for a while, and I’ve been noticing something.

HarmonyArt Organic Design, Amenity, Oliveira Textiles, Mod Green Pod, Rubie Green, Kirin & Co, Thea and Sami – all of the designers behind these wonderful fabrics are women. (Right?  Someone correct me if I’m wrong.)

Michael Miller Organics stands out as the lone male name with an organic fabric line.

Can someone educate me a little here?  Is it typical that most mainstream fabric is designed by women?  I don’t know enough about the industry, honestly. I know that in quilting, men like Kaffe Fassett, Michael James, and Ricky Tims stand out not just because they’re good at what they do, but because they’re guys in an industry dominated by women. (Side note: am I the only person who really, really wants to pronouce Kaffe Fassett’s name as “coffee faucet?”)  Among fabric designers, the only names I know are Amy Butler, Weeks Ringle and Bill Kerr, and Patrick Lose, so that’s a 50/50 split.

But I’m curious to know whether at upper echelons, or in more industrial production, men are more represented in fabric design.  Is it like cooking, where women do a lot of it until it gets high class, at which point men are the chefs?  Is it more that women make the pretty, frilly stuff and men are the industrial designers who figure out what hotel furniture fabric is going to look like?

I can’t imagine that the number of fabric designers I’m looking at is large enough to draw any kind of conclusion, and I really hate the stereotypes like “Women are more concerned about the environment because they have a deeper connection to Mother Earth.”  Gag!  If women dominate the fabric design industry, then it stands to reason that women would dominate the eco-fabric industry.

If they don’t, then I wonder what’s driving women to form these small businesses and go through quite a lot of effort to find suppliers for organic fabric, dye shops who will handle them (for those who aren’t hand screen printing), certification processes, etc.  And where are their male counterparts?

Anyone have any clues for me? 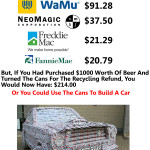 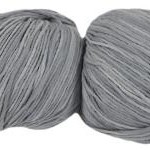