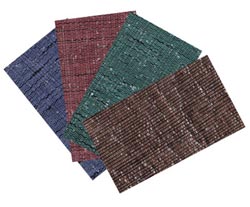 I realize that on April 1st, it’s a bit risky to post about fabric made from recycled cassette tapes. Are you going to believe me? It’s true, though! Sonic Fabric, the creation of designer Alyce Santoro, is woven from recycled cassette tape and cotton. It’s recorded with a sound collage before weaving, and you can actually listen to sounds from the fabric by running a tape head over it.

Granted, Santoro describes the sound as “kind of like scratching a record backwards or radio static” because you’re listening to many strands of tape at one time. So a Sonic Fabric dress isn’t exactly a replacement for the IPod. (John Fishman of Phish did have a Sonic Fabric dress made to play in concert, but that was kind of a special case. Here’s the video of the performance if you’re interested.)

Sonic Fabric doesn’t seem to be available on a retail basis, but I’m tickled that it exists. I’ve often wondered what would happen to the magnetic media that’s becoming obsolete as information technology evolves. I’ve seen notebooks made with floppy disks as the covers. Is anyone out there reusing microfiche?

For more about how Sonic Fabric came about, see Pardon, Your Dress is Singing on Wired. Online shop 3r Living has Tell-Tail Thangkas (“inspired by Tibetan Buddhist prayer flags and ‘tell-tails’ used on sailboats to tell the wind direction”), flags, and messenger bags made out of Sonic Fabric for sale. 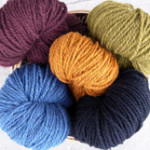