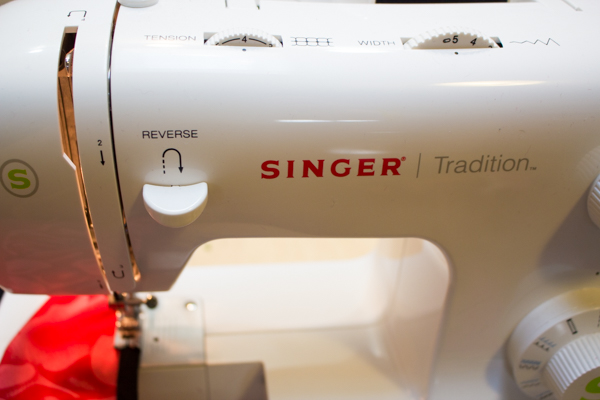 In the market for a sewing machine? I just got a new one. Here’s my Singer 2277 Sewing Machine review. 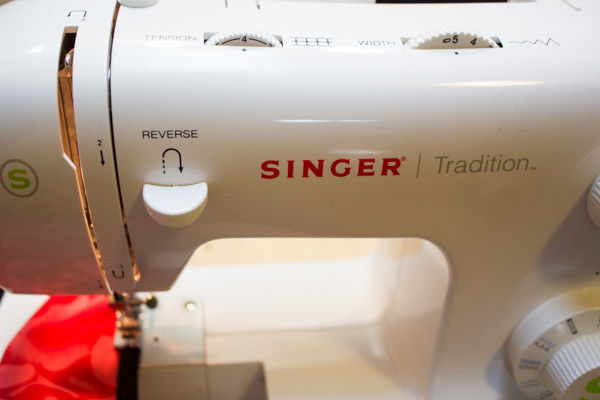 When my beat-up, beloved, third-hand sewing machine finally died, I admit that I had a few minutes of fantasizing about buying a REALLY nice sewing machine to replace it.

You know that kind of sewing machine that I’m talking about. Maybe it’s got a ton of fancy stitch settings. Maybe you just press a button and boom, it hems your skirt. Maybe it does some cute embroidery while it’s at it.

And yeah, maybe it costs a thousand bucks.

I don’t know about you, but that kind of fancy machine would defeat much of the point of sewing, at least for me. It would be hard to pretend like my sewing was any kind of useful, purposeful hobby if I was doing it on a thousand-buck machine. And I know that most people don’t need their sewing to be useful or purposeful, but I do! Making my kid a lovely pair of pants is fun, but making her a lovely pair of pants that costs five times less than what I would pay for a pair of pants at the mall is MORE fun. Sewing on a machine that costs more than my entire family’s wardrobe? That would be no fun at all.

Mind you, there are some perks that my cheaper machine doesn’t have that are a bit annoying to do without. Little engineering details, such as the needle always stopping in the down position, are hallmarks of pricier models, and several months later, I still miss that perk every time I have to manually crank the needle down every time I stop my machine. I also don’t love the bobbin winder, but to be fair, I didn’t love the bobbin winder on my old machine, either, and I always use the bobbin winder on my giant old metal Bernette instead–I’ve just been spoiled that way.

In all the ways that count, however, this cheap-o sewing machine performs just as well as its pricier predecessor. I sew with a lot of reclaimed and recycled fabrics, so I’ve taken the Singer 2277 through a wide variety of textures and thicknesses, and with the correct needle, it works fine. It feeds well even at the start of a seam, and if it doesn’t like something, I’ll generally see that in thread barf rather than skipped stitches.

So yes, I’m happy with my machine. And yet… I’m still kind of traumatized by how stressful the search for it was, especially considering how many inexpensive sewing machines there are on the market! I’ve heard enough stories from enough friends, and have even seen it myself a couple of times, to know that there are plenty of crap machines out there in the same two hundred dollar range at which my machine was priced. Nobody wants to get suckered into buying one of those, and it makes the search for the good ones that much harder. 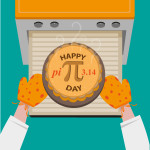 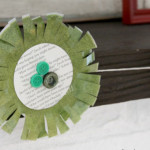