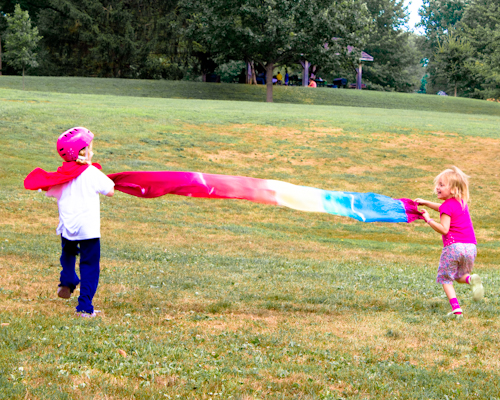 Don’t get me wrong–my girlies LOVE their play silks that we dyed with Kool-aid. You just can’t go wrong with a food-grade fabric dye that’s so washable and wearable, and that results in such lovely colors.

As the crafty perfectionist DIY momma, however, I looked at the girlies playing happily with their colorful play silks, and I wished for… more colors, perhaps. And predictable colors. That orange faded into a beautiful salmon pink, true, but I wanted real orange, and real yellow, and two kinds of blue–a rainbow of predictable colors, basically.

I did a lot of research before I spent my hard-earned money on Dharma Acid Dyes, and used them to dye my rainbow of play silks, and some felted wool Christmas trees, too. And how did I like the Dharma Acid Dyes compared to my homemade Kool-aid dyes? Well, let’s see… 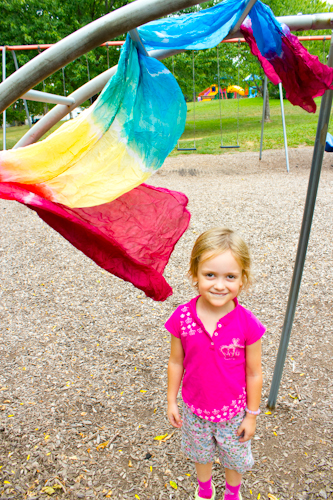 First of all, Dharma Acid Dyes are more expensive than simply using Kool-aid for dyeing. Based on my mathematical calculations (my Master’s degrees are in English and library science, but I did pass College Algebra…sort of), to dye the same four 30″x30″ play silks it costs 62 cents using Dharma Acid Dyes and the price of an envelope of Kool-aid using my Kool-aid dyeing method. Considering that I use coupons for the Kool-aid and haven’t even experimented with off-brands yet, obviously it’s much cheaper to dye silk with Kool-aid.

It’s also much easier to do the math for Kool-aid dyeing, in which you basically heat a pot of water, dump in a packet of Kool-aid, dump in some vinegar, dump in your fabric, and stir. The first time that I tried to figure out the correct amount of pigment and vinegar and water with the Dharma Acid Dyes, I had to use a calculator, then call my husband at work, where he got out his calculator, and we worked the math a couple of different times until we could agree on an answer. But you probably did better in your college math class than we did–at least I passed the FIRST time, Matt!

I’m also going to say that you can’t beat the Kool-aid dye when it comes to chemical safety. Even though I don’t actually feed my girls Kool-aid, I can’t deny that it is technically food, and you can’t get much safer than a food-grade fabric dye. And while I’m happy with the composition of the Dharma Acid Dyes, I certainly wouldn’t permit my children to drink them, and so you win again, Kool-aid!

The thing about Kool-aid, though, is that although it’s a safe fabric dye, it’s not an A+ fabric dye. The colors can be unpredictable, and although some colors are beautifully vibrant, other colors are beautifully pastel. If you just want to dye some play silks or felted wool toys with your kids, and the exact colors that you get are a secondary concern, then Kool-aid dyes are the way to go.

Dharma Acid Dyes, on the other hand, are more expensive and not as easy to use, but they do perform like the professional dyes that they are. If you have a specific color scheme in your head, such as the perfect rainbow play silks that I dyed with my girls this summer, or if you want to dye a lot of fabric and have it all come out identical, perhaps to sell or as the perfect matching Christmas gifts for a whole passel of cousins, then the Dharma Acid Dyes do remain affordable for amateurs and workable for dyeing at your kitchen stove, with color that’s predictable and full saturation. 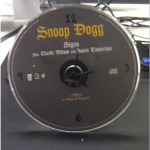 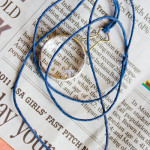