An ounce of waste for every cup of coffee–that’s what Keurig is doing to our planet. And I’m pretty sure that all the glue guns in the world can’t fix this problem.

Sure, that may not *literally* equal the giant K-Cup monster that destroys that nameless city like a boss in the video above, but it’s a damn good metaphor.

Even Keurig’s inventor (who, to be fair, sold his invention and now has to watch it making millions of dollars that he does not get to have) claims that he sometimes regrets his invention, in part because of that environmental nightmare that is landfills full of K-Cups. 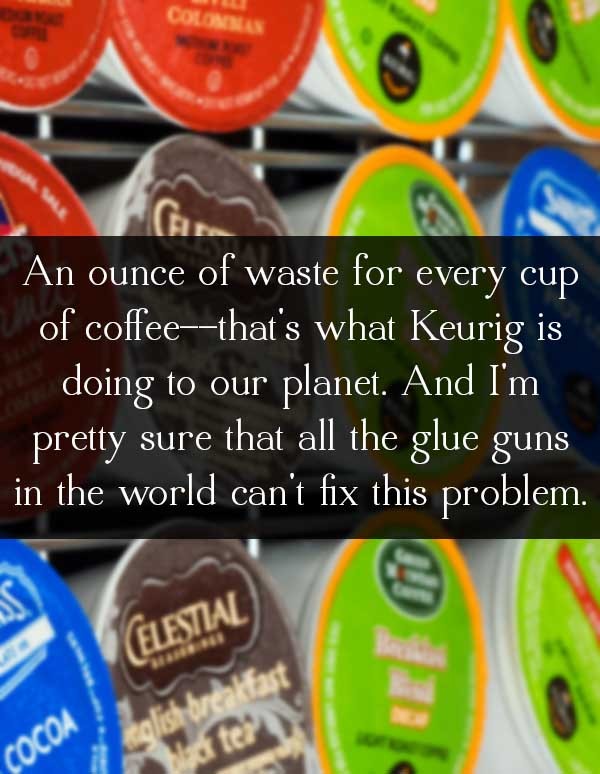 And Green Mountain? The K-Cup is all that’s needed to 100% kill that company’s former eco-friendly cred. Even its promise to make a fully-recyclable version of the K-Cup is more laughable than praise-worthy, since that promise is apparently meant to be kept by 2020.

Here at CAGW, we get loads of emails from people begging for ways to upcycle K-Cups. And seriously, Friends, I’d love to help you. But also…

Seriously? A K-Cup is, like, a little foil lid–with a HOLE in it!–11 grams of ground coffee (at least you can compost that), and a little plastic cup–with a HOLE in it. What the heck am I supposed to make for you out of that?

This genius uses them to embellish twinkle lights. So there’s three dozen or so down for you.

Scott found some people who use them as paint and glue containers. Just, you know, cover the HOLE in the bottom first.

But all the crafting in the world is not going to find a use for all the K-Cups that it takes to circle the globe 10.5 times.

I can’t believe I’m saying, this, y’all, but crafting is not going to solve this one for us. 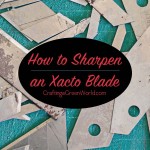 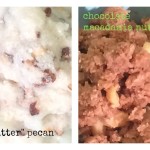