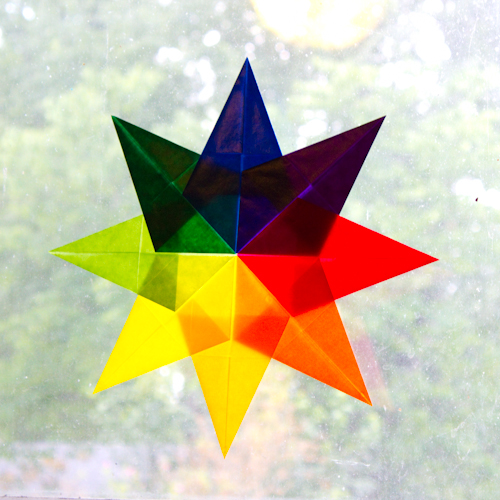 Here’s how to make a Waldorf star: a kid-friendly, plastic-free suncatcher. Stick it onto any sunny window, and watch it glow.

My own personal rule is that when I’m out shopping with my girlies and they desperately desire something I don’t want to buy them–it’s too expensive, it has too much plastic or packaging, the ingredients contain anything high-fructose or partially-hydrogenated, etc.–when we’re back home, we figure out a DIY approximation of the coveted item.

We’ve had some hits (agar agar gelatin is even tastier than Jello, and homemade plaster of Paris figurines are just as much fun to paint as the over-priced store-bought version) and some misses (if no substitutions are good enough and a child still covets that Playmobil Egyptian pyramid set a whopping 18 months later, then it turns out that it makes an AWESOME birthday present), but overall the method works quite well if you can figure out what exactly about the store-bought item is so appealing to the child, so you know what aspects to replicate.

For instance, my girls go googly-eyed every time they see those tacky plastic suncatchers that you paint with the translucent paint and then hang in your window–barf. Trust me, my kids have PLENTY of things to paint, but what really appealed to them about these suncatchers is the translucent aspect of them, how pretty they look back-lit by the afternoon sun. So even though these kite paper window stars are quite different, they thrill the girls even more because they’re bigger, and more colorful, and because they made every part of them all by themselves. Here’s how to make your own kite paper window stars: 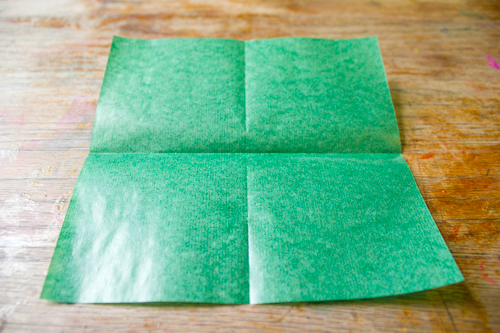 While you can make a window star with tissue paper, tissue paper is less sturdy, and thus harder for little hands to work with, and it’s not nearly as color-fast as kite paper, so it will quickly fade in the sunlight. Authentic kite paper can be hard to come by, so you may need to special-order it through your local indie arts and crafts store, or buy it online, but since it’s really just colored wax paper, it’s food-safe and amenable to a variety of uses, and it is the traditional material used by Waldorf practitioners to make these window stars.

Begin with a square of kite paper, and fold it in half length-wise and width-wise to crease it. When you unfold the paper completely, you will see four identical squares creased into your paper. 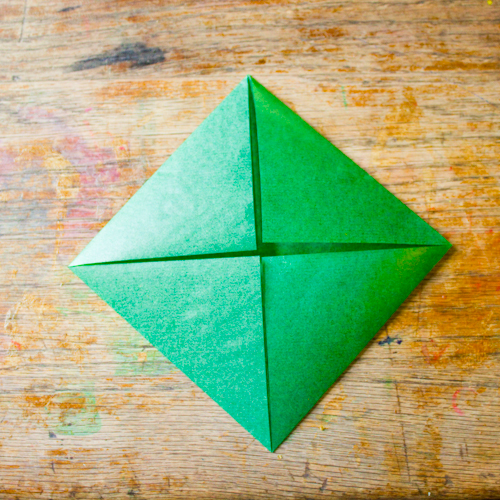 Fold each corner in to meet the middle, using the creases as guidelines. You now have four identical triangles making up your square. Rotate your square forty-five degrees, so that it now looks like a diamond. 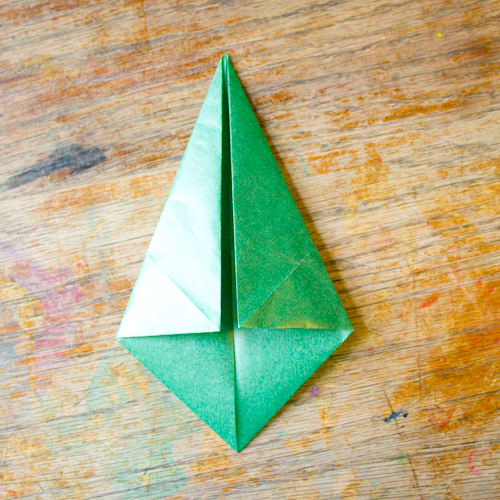 Fold the top two sides in to meet the middle. This step is the only one that it took my daughters a while to figure out reliably–it must seem so non-intuitive after all that folding in half and folding in corners!

Repeat seven more times with seven more squares of paper, until you have a total of eight arms for your star.

Don’t despair about all this folding if you have small-ish children. I would by no means describe any folding done by my five-year-old and seven-year-old as “accurate,” and yet they each make their own window stars completely independently, and every single window star that they make is, of course, utterly gorgeous. 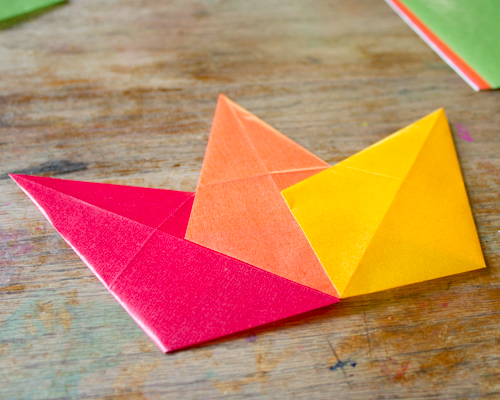 Flip over all your star arms so that all the folds are hidden underneath, then begin to glue the arms together in a round-the-clock pattern, matching the bottom points and lining the bottom left edge of each top arm with the center crease of the arm below it.

For adults or older children, the best adhesive to use is glue dots (if you haven’t tried making your own glue dots, make that your next project!). Smaller children will likely do best with glue sticks–although all that plastic drives me crazy, I do believe in using the right tool for the project, and glue sticks will give you a neater finish than white glue, which will wrinkle your paper if you’re not extremely minimalist in your application.

When you glue your last arm onto your star, don’t forget to tuck the right side of it underneath the left side of your first arm and glue it into place. This will complete your round-the-clock pattern. 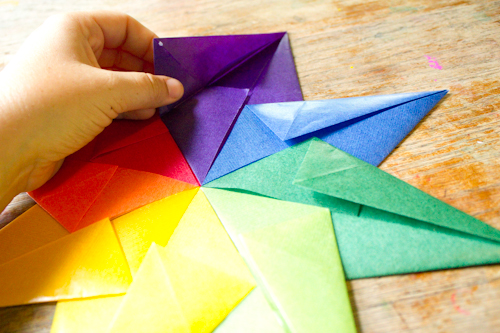 Flip your completed star over to the side with all the folds, and using more glue dots or glue stick, glue down each remaining flap that sticks up. This step isn’t really necessary, but I do find that it makes the star easier to handle. 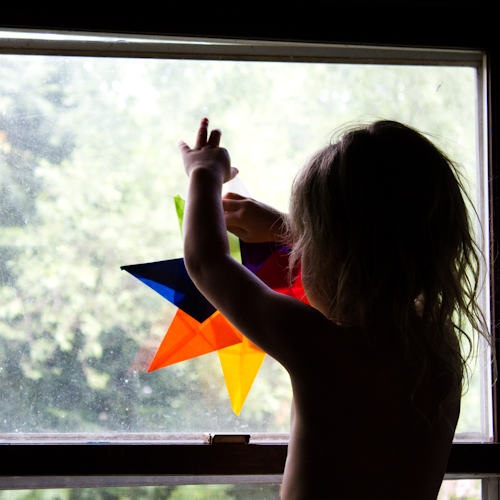 To mount your star in any window (preferably one that get some direct sunlight, so you can really see your star glow), use the same glue dots or glue stick on the underside of each arm. Both methods will allow a kite paper star to be easily removed from the window later, although if you’re using a non-waxed paper you may want to stick to glue dots, since even the glue stick may turn out to be too sticky to remove without marring the star.

To remove the star, peel it off the window, remove any glue dots or rub any glue stick residue off the star with your fingers, then store it flat until you’d like to use it again. 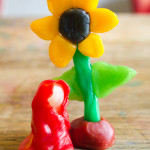 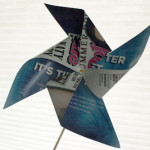