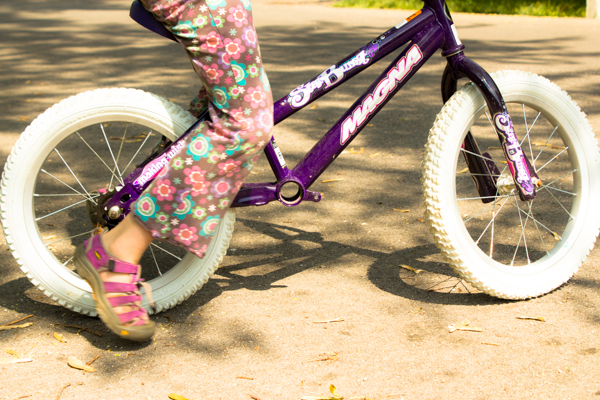 Balance bikes are great for kids who aren’t quite ready for a “real” two-wheeler. Balance bikes teach kids how to balance, steer, and coast on a real bicycle, while being just as easy for a kid to use as a bike with training wheels attached. A balance bike is also a great confidence-builder for a nervous kid.

At least that’s why I wanted a balance bike for my kid, who, at the ripe old age of seven, had taken to claiming that she was NEVER going to learn to ride her bicycle.

Nope, too scary. She’d rather walk.

Unfortunately, balance bikes can be super-pricey, unless you go for a cheap knock-off of the wooden ones, and those are meant for toddlers, and they’re not uber-durable.

Fortunately, being a DIYer means that not only can you figure out how to make something new using only what you already own, but it means that you can basically custom-build for yourself whatever you’re dreaming of. Here’s how my partner and I dismantled my kid’s existing pedal bike and turned it into a balance bike for her:

The trick to converting a pedal bike into a balance bike is to just keep taking stuff off of it until you’re left with two wheels and a frame. Here are the parts that you’ll probably run into:

chain guard: A kid’s bike is probably going to have a plastic cover over its chain. Unscrew everything that you can find to unscrew, and remove it.

pedals: There are more screws on this, and possibly a pin that you might need to loosen with a hammer before you can pull it out with pliers.

chain: You’ve got some options for removing this seemingly magically-attached part. You can take off the back wheel of the bike, then put it back later. You can find the little pin that forms the chain into a circle, and remove it. You can take the bike to a bike shop and get someone to use a chain breaker on it. Or you can be like my partner, and just knock the crap out of it with a hammer and a wedge until it breaks in half.As for that now-useless bike chain–make something crafty with it!

When everything non-essential is off the bike, re-adjust it to fit your kid. They’ll want to be able to sit on the sit and still touch the ground flat-footed, and the handlebars will need to be a comfortable height, as well.

Nevertheless, converting a pedal bike to a balance bike is a worthy project. My kid will actually get on hers now, for instance, with those much-loathed pedals removed, and she’ll bike around the park with us, and keep up without getting tired. We gave her a huge confidence boost and made our family outdoor time better without shelling out any extra money, took the pressure off her so she might actually WANT to learn to ride for real, and we’ve got a whole summer of garage sales and flea markets ahead of us to score her new pedal bike.

P.S. Got a littler kid and some scrap wood? Make them a wooden toddler balance bike from scratch! 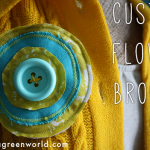 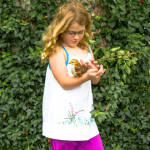