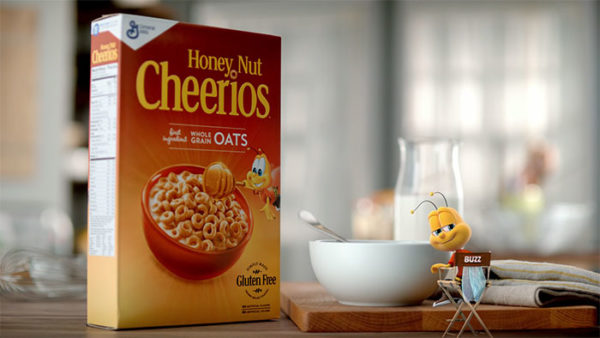 This happened while I was on a Spring Break trip with my kids, so I missed much of the debate as it went live. But every night, browsing Facebook before bed, I’d see the updated shares. The first couple of nights, there was lots of “Cheerios is giving away free wildflower seeds! Go get some! Yay, Cheerios!”

The next couple of nights, those types of posts were being overtaken by ones that looked more like “Cheerios is giving away free non-native, invasive, poison seeds! Don’t plant them! Boo, Cheerios!”

I don’t have a dog in this race, because by the time I got home from my trip, Cheerios had given away all of its 1.5 billion seeds. I’m going to assume, however, that since lots of people apparently requested them, perhaps you did, too. And now you’re left wondering whether, after the trouble that you took to order them and the time and resources spent to package and mail them to you, you should actually plant them at all. Should you toss them instead?

Let’s figure it out, shall we?

Question #1: What are the wildflowers? Obviously, you HAVE to know this, or you’ll have no idea if you should plant them in your area, or if they’d even survive. Cheerios doesn’t tell you what exact flowers you’ll receive in your mix, and neither, as far as I can tell, does the seed packet itself say. But we do know that the packet comes from Vesey’s, so we can assume (or you could just call them and ask) that they’re using the “bee feed wildflower mix” that they already stock. Using the flowers listed in this mix as their source, Lifehacker has noted some places where some of the listed flowers are regarded as invasive, or even banned. If you live in one of those places, then nope, you apparently should not plant these seeds. If you don’t live in one of those places, then carry on to the next question.

Question #2: Will the flowers kill the bees instead of feed them? Many of the Facebook-shared warnings in my Spring Break newsfeed revolved around rumors that Cheerios itself contains a type of Round-Up, and/or that Veseys Seed Company was formerly owned by Monsanto. Rather than research this myself, I clicked over to Snopes, as should you. Tl;dr: Yes, Cheerios was found to contain glyphosates. No, glyphosates aren’t a huge problem to honeybees, according to the study Snopes cites. No, Veseys was never owned by Monsanto. So dig a little more on that glyphosate issue, as there’s clearly at least a grain of truth there, and if it bothers you then nope, don’t plant those seeds. If you trust the study cited, then carry on to the next question.

Question #3: Will the flowers really help the bees? Eh… maybe, maybe not. It’s likely that many, most, or all of the Cheerios seeds are non-native to your area, but heck, so are honey bees. The bees that you REALLY want to save are the bees that are native to your area. The UC Berkeley Urban Bee Lab claims that native bees feed best with native plants, but that they will feed from non-natives, IF they’re blooming at the proper time. Those non-native Cheerios seeds are not necessarily a deal-breaker, then. If you’re happy to have the flowers whether or not they feed the bees, then you’re probably okay.

Here’s the answer, then: if you just want some flowers, AND the flowers in the mix aren’t invasive or banned in your area, AND you’re comfortable with the glyphosate issue, then sure–enjoy your free seeds! If you really want to help your native bees, however, you’re going to have to put a little more work into the project than simply tossing some Cheerios seeds into your garden. Research the bee-friendly natives to your area, and plant them. Add a water source. Build and install a bee house. 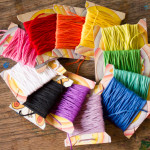