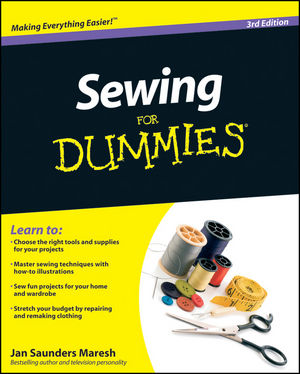 It’s no secret that I am sewing challenged. Me and sewing machines…well let’s just say we’ve never gotten along all that well.

My mother has an antique sewing machine, several in fact, but there is one in particular that I blame for my aversion to sewing. See, when I was little I was playing with it and managed to stick the needle through the palm of my hand. After that I’ve tried to steer clear of sewing machines. I don’t have the faintest clue on how to use bobbins, needles or other miscellaneous sewing what nots associated with sewing machines.

So when I was offered the chance to review the 3rd edition of the book  Sewing for Dummies I jumped at the chance thinking this may be my chance to learn to sew.

The book is a fabulous with easy to read intructions to everything sewing. I have learned about assembling a great sewing kit, choosing fabrics, working with lace, adding zippers, sewing piping, adding cording and fringe trim, sewing on buttons, adding darts, hemming by hand or machine, and reading patterns.

All of this is useful and wonderful stuff but for things like sitting down and getting to know your sewing machine, I didn’t find it very useful. Obviously every machine is different so including step by step details for a particular sewing machine wouldn’t be effective in this general sewing book, but that’s what I really need.

So eventually I am going to take a very basic beginner’s course in sewing for people who have never used a machine before.

If I can get through that, then this book will be an awesome resource for me. Right now it’s about as effective as a mechanic’s book because I have no idea how to fix cars either. I could read the book and process it but actually putting what I read into motion, well that’s not going to happen anytime soon.

But I do hope that one day soon my sew challenged days will be long behind me and I’ll be on my way to stitching up a storm.

Until then my mom will be putting Sewing for Dummies to good use in her sewing room. 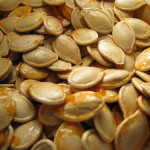 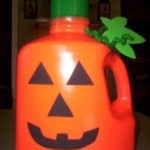