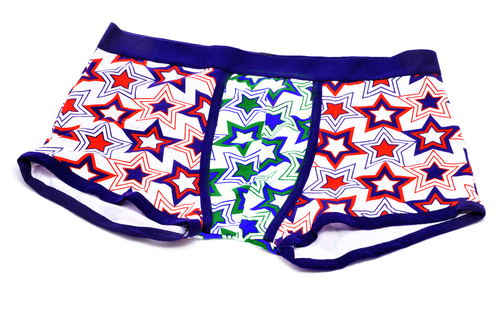 Yes, I know that sounds really grim (and gross!), but the reality is quite different. Instead of wearing cheap, mass-produced, uniform, low-quality undergarments that have to be replaced regularly, I’ve found that sewing panties and boxer shorts, for people both big and small, really isn’t that hard. You can sew underwear from your own stash fabric–even scraps, for kids’ underwear!–or from awesome thrifted clothing, and the results are unique, way cheaper than store-bought, and often sturdier, since they can be made from higher-quality fabrics and sewn with care.

To make your own upcycled undergarments, check out these patterns and tutorials from around the web.

T-shirt Panties: There are a lot of upcycled T-shirt tutorials floating around the web, but this upcycled T-shirt panties tutorial from The Zen of Making is one of the best. The panties are on the simple side, which is great for whipping out a ton at a time, and with the cardboard pattern that the tutorial walks you through drafting, you’ll be able to make yourself a new pair whenever a fabulous thrifted shirt comes your way.

T-shirt Boxer Briefs: My guy is going to be horrified when he find out how I’ve shared with the world his preference for boxer briefs. Sewing boxer briefs from an upcycled T-shirt is much the same as sewing T-shirt panties, as this upcycled boxer briefs tutorial from This Busy Mommy shows. The construction of boxer briefs is more complicated than panties, but still do-able, even without a serger. In fact, I have a whole list of sewing machine stitches to use with jersey knit.

Boxer Shorts: Boxer shorts can be even easier to sew than panties and boxer briefs, because you likely won’t use jersey knit or other stretchy, fussy fabrics for them. This unisex boxer shorts pattern and tutorial from Craft Passion calls for a yard of cotton fabric, which can be acquired from piecing together a couple of complementary men’s dress shirts, or from a thrifted long skirt or dress.

Bra and Panties from a Scarf: For a matching set of bra and panties that are silky-soft, check out our own tutorial here at CAGW for sewing a bra and panties from an upcycled scarf. You know how big scarves can be, so even the bustiest of us with our nice, wide hips can sew ourselves a set from a single scarf.

Children’s Underwear: Sometimes you may want to sew a pair of underpants, but you don’t want to work from an existing pair. Kids, for instance, are always growing, and if you use underwear that already fits them to draft your pattern for a new set, then they’ll have grown out of them before you finish that last seam. For kid clothes, I like to use the hand-crafted clothing patterns that are available to purchase on etsy. This particular children’s undies sewing pattern from thatdarnkat that I’ve been using for almost a year, for instance, lets me sew panties one size up from my daughters’ current sizes, almost entirely from scraps of T-shirts, sheets, and jersey knit left over from other projects. 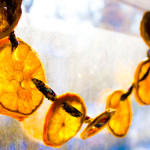