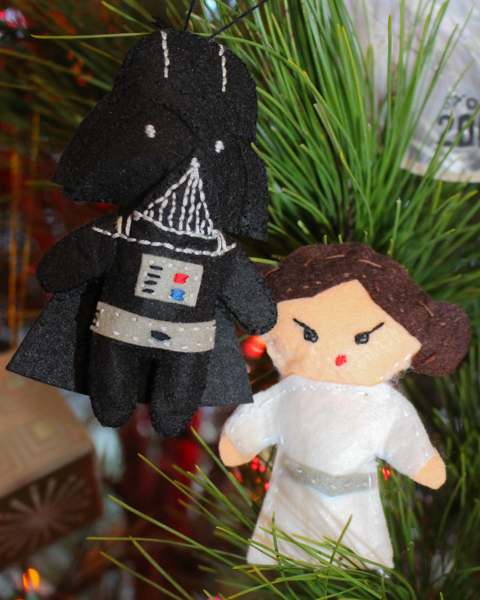 Do you love felt? And Star Wars? Read our Star Wars Felt review, and get ready to get so excited!

You probably know by now that I LOVE Star Wars crafts, so a  Star Wars Felt review?

Kind of a no-brainer.

It was less than 24 hours from the kit’s arrival (as a free review copy from a publicist) at our house to the moment that my kiddos and I unwrapped it and got crafting. My older kid doesn’t always have a lot of patience with crafting, although it’s one of my younger kid’s favorite activities. I, of course, love making stuff by hand, but I rarely hand-sew or embroider anything, so we had a pretty good spectrum of interests and abilities going.

The projects, at a glance, can look overwhelming for the novice crafter to accomplish–first you find the templates for the stuffie you want to create, then punch them out, then trace and cut them out from the colored felt, then stab stitch the front pieces together, then embroider the details onto the front using colored embroidery thread, then whip stitch the front and back pieces mostly together, then stuff them, and then finally finish whip stitching. But each step, itself, is simple to accomplish, so if you just take it step-by-step, it will happen. Both of my kids were able to figure out all of the instructions and complete each step independently, other than some occasional needle-threading and knot-tying help.

I’d expected us to work on our projects for a little while and then move onto something else, perhaps finishing up each of our felt creations over the course of the week, but over an hour later, as I was whip-stitching the head of my freaking adorable Darth Vader closed, I was surprised to see that both kids, especially my older one, were still going strong. Will eventually set her Han Solo aside and did finish him later, but Syd listened to an entire audiobook as she worked away, completely immersed in her Princess Leia until she had finished the entire project and sewn a thread loop onto her so that we could hang her from our Christmas tree. 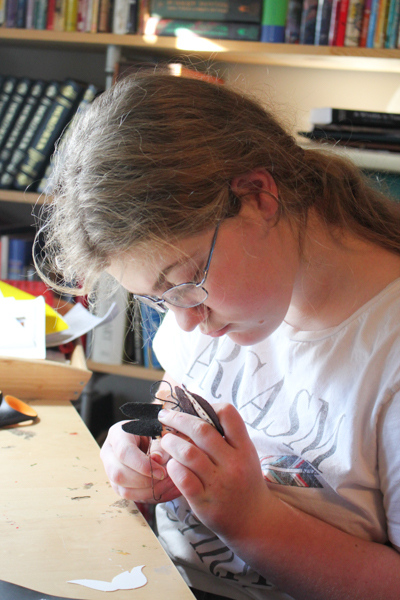 The materials in this craft kit aren’t particularly eco-friendly, but since the kit contains just enough materials to make each of the stuffies once, you could consider using them to make first drafts of the characters, and then buy your own Eco-fi felt or wool felt and cotton or wool stuffing when you make more. The templates are cardboard punch-outs, so I saved both the templates themselves and the punch-out sheets; if I lose a tiny template (we already lost Leia’s belt), it’s then easy to re-trace and cut out a new template from cardboard. 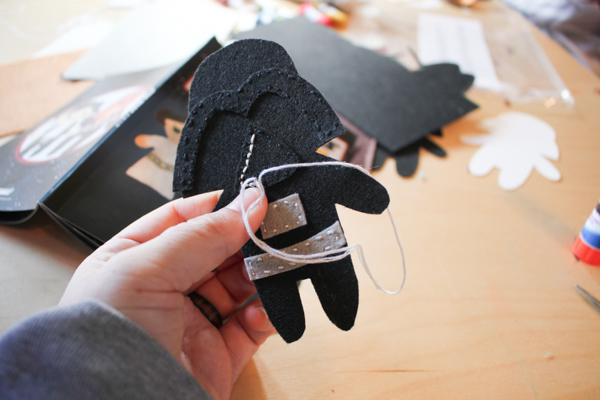 I thought about putting our Star Wars stuffies away with the other ornaments, and bringing them out to be delighted by next year, but I can’t stand the though of having such cuteness out of my sight for the next eleven months. Instead, they’re all going to live on the wall above my desk so that I can play with them every day.

I received a free copy of Star Wars Felt for review, because I can’t write about something unless it’s inspired me to spend an hour happily humming Darth Vader’s theme song as I embroider teeny-tiny bells and whistles onto his chest! 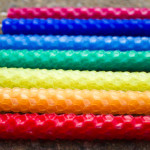 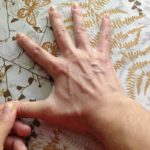