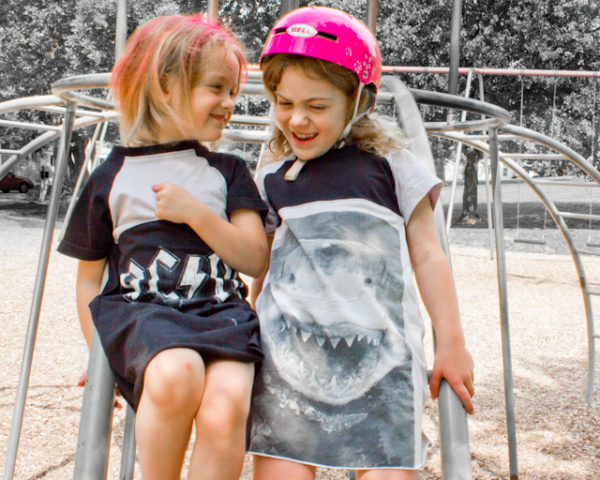 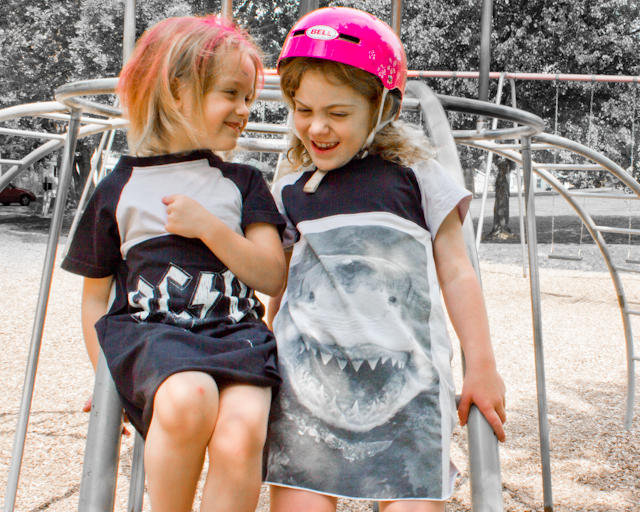 If you’re fond of refashioning clothing, you’re probably well accustomed to making traditional clothing patterns work with your non-traditional materials. It can still be tricky, however–conventional patterns aren’t necessarily laid out in such a way as to enable you to make the most of reclaimed fabric, and they aren’t amenable to the transfer of useful parts of clothing, such as hems and waistbands and necklines, into useful components of the refashioned garment.

It’s refreshing, then, and educational, to use a pattern that’s intended for refashioning clothing. The Lil Blue Boo Recycled T-Shirt Sienna Dress is written to be used with upcycled T-shirts, and because of this, it has some real advantages over conventional sewing patterns. 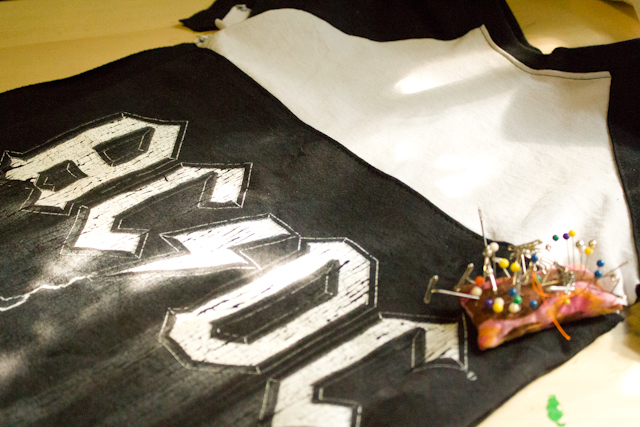 The Recycled T-Shirt Sienna Dress pattern pieces are cut in such a way as to allow for the piecing together of multiple fabrics. If you’re upcycling an XXL T-shirt into a child’s dress, for instance, you could combine two pattern pieces and cut out a dress front as a single piece; if you’re using several smaller T-shirts, however, or you just want a look that includes more fabrics, the pattern instructions also show you how to cut the pattern pieces into even smaller sections, so that a dress front could have two, or three, or even four or more T-shirt fabrics incorporated. In the dresses in these photos, I used two XXL T-shirts and mixed them up, so that both girls’ dresses are sewn from the same two shirts.

The pattern also includes instructions for reclaiming and re-using the sleeves and neckline from the upcycled shirts, incorporating them into the child’s dress. For the sleeves, it’s simply a matter of cutting them to size using the pattern piece; the neckline is more involved, since the instructions ask you to rip the seams to remove the neckband fabric, then to cut it to size and re-stitch it onto the dress. Ripping out the neckband from those old T-shirts was a LOT of tedious work, but well worth it, since it is the preferred fabric for finishing such necklines, and its inclusion in the dresses brings the look to a much higher level.

I’ve found the pattern’s sizing to be generous in regards to my own two average-sized kids. My almost-eight-year-old can still wear a size 6 in the Recycled T-Shirt Sienna Dress, although probably not for much longer, but since jersey knit looks and drapes well even if it’s roomy, that same size 6 is also worn by my actual six-year-old. Since the dress is so light-weight, I only sew short-sleeved versions and so sleeve length isn’t a factor for us, but the pattern does include a piece for a full-length bell sleeve.

Although I didn’t add the optional ruffle to the bottom of these two particular dresses, I think that I’ll always add it from now on. It’s an extra step, but after checking out all the other dresses sewn from this same pattern in the Lil Blue Boo flickr pool, I’ve decided that the ruffle does make the dress look much more finished, and probably shouldn’t be omitted. 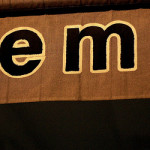 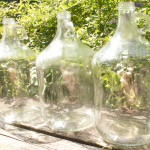