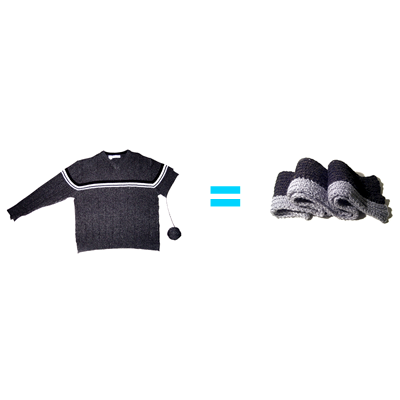 I know many of us have old sweaters lying around that we don’t want to part with because they either have sentimental value or they were once upon a time the most comfortable thing you wore.

For example, my daughter has a few that she grew out of that were just so cute on her, I hate to part with them. But she’s never going to be able to wear them again so what can I do?

Now I know they can be reknit into a matching hat and scarf set.

Reknit was started by Haik Avanian, who had an idea from his mom’s family tradition, where she turns old sweaters into yarn and reknit into new items. This was a talent they could share with the world.

How awesome is that?

To have your own sweater made into a hat and scarf it is $99 with free shipping in the U.S., but if there’s one particularly sweater I want to hold onto, it would be well worth it to save the memories in a new form.

Visit Reknit to see a gallery or to order your own sweater reknit makeover. 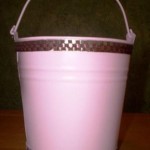 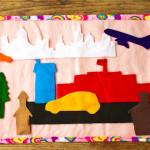