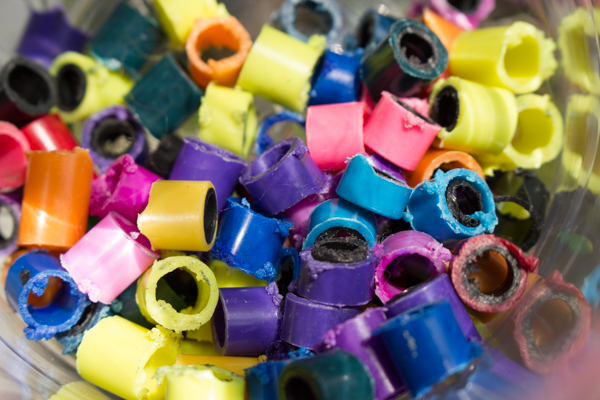 Don’t know what to do with that dried-out marker or pen? Try some of these awesome upcycled marker crafts! 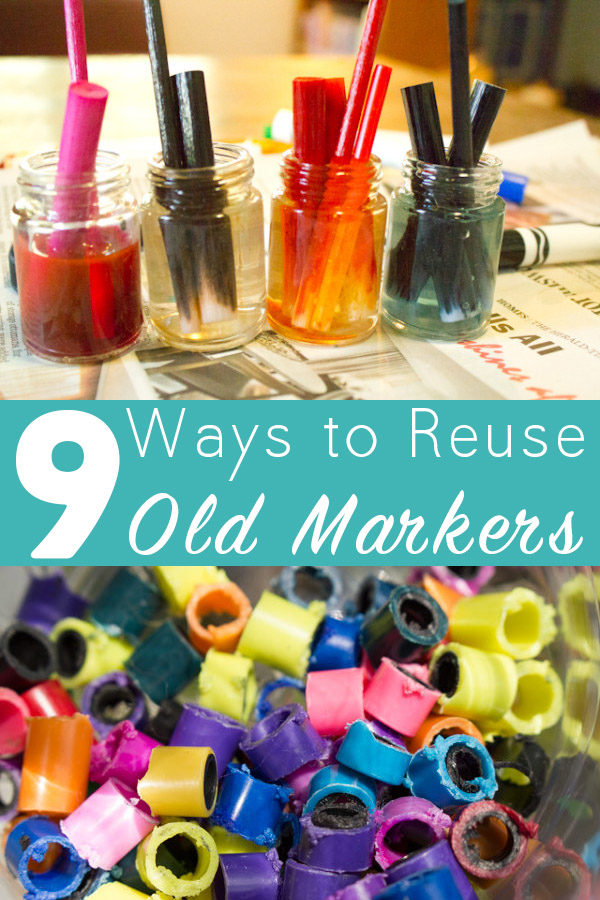 Don’t know what to do with that dried-out marker or pen? Well, first see if you can recycle it–Crayola has a marker recycling program that accepts all brands of markers, not just Crayola, BUT it’s only available in certain parts of the country, and even then only offered in schools, so it’s possible that you’ll be out of luck.

If recycling is a bust, however, you can still keep that marker out of the waste stream by doing something awesome with it. Check out this list of nine possible upcycled marker crafts, and pick one to be the next life of your own dried-out markers! 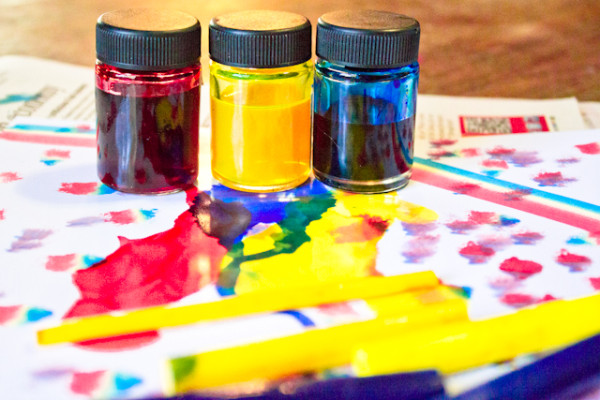 . The alcohol ink that this makes works just as well as the store-bought stuff. You can use it on all kinds of surfaces, especially slick ones that most pens and paints won’t stick to.

bleach pen. Bleach is a material that normally I avoid, but there are certain instances in which it’s the best choice. You can use this pen to spot-bleach or upcycle old fabric, and it’s reusable!

bubble painting. This is a great activity to do with little kids, because kids love markers, AND they love bubbles!

jump rope. We own a couple of jump ropes that might as well be made from upcycled marker caps, because the plastic that they ARE made from is identical. 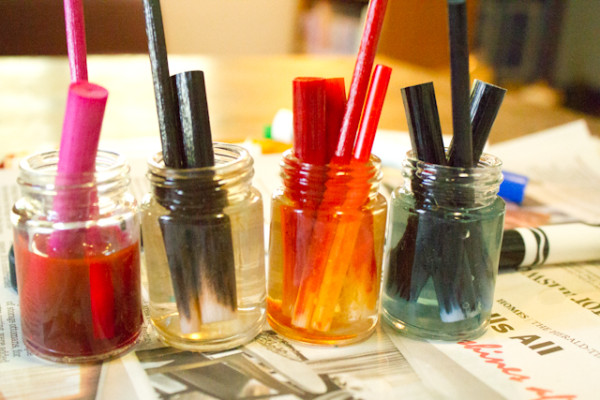 . Kids will LOVE this upcycling project!

marker-embellished clock. The clock in this image uses marker caps, but markers with colored barrels would make a pretty starburst clock.

marker spray bottle. Scroll down to find the awesome art idea that you can do with dried-out markers!

monogram. Sort caps by color, then make a large-format art piece like this one. 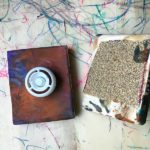 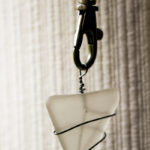