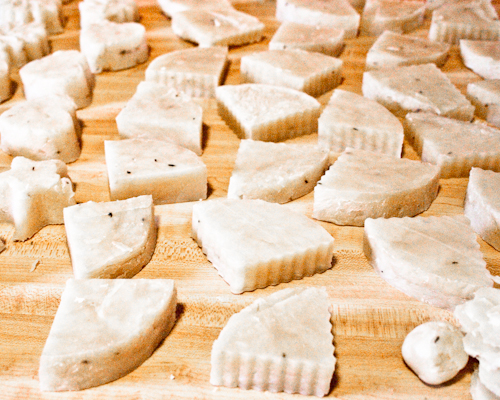 Cold-process soap is probably every soaper’s preferred method, but if I need a batch of soap in just a couple of weeks instead of six, or if I’m too intrigued by a new recipe or essential oil to wait out that long curing time, then it won’t be long before I’m setting up my crockpot. 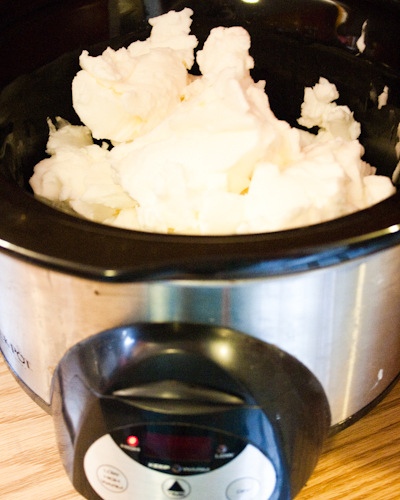 Before you make crockpot hot-process soap with me, you need to have your own recipe, because I’m NOT telling you my super-secret Crisco soap recipe, and you need to know how to keep yourself safe while working with lye. So if you, too, have a crafts-only crockpot at hand, and a soap recipe that you’ve been itching to try, then plug that baby in, because we’re going to make ourselves some soap:

Read your soapmaking recipe to find out how much water you’ll be using to make your lye solution. Measure that water out so that it has time to come to room temperature.

Using an accurate scale, measure out all the oils called for in your recipe. Put the oils in your crockpot, turn the temperature to high, and let them melt while you prepare your lye solution. 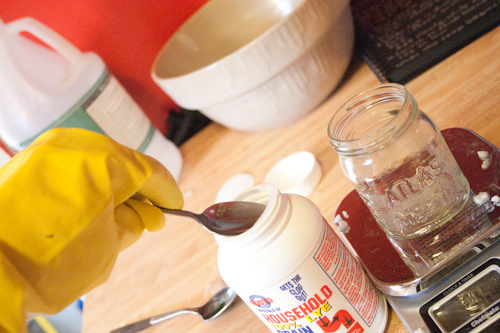 Lye is not a joke, and it’s not your friend. I keep my lye in a place inacessible to children and pets; I get it out only when I need it and put it away immediately; I never leave it unsupervised; I wear pants, shoes, long sleeves, gloves, and goggles when I use it; I isolate any utensils that touch it; I immediately clean my tools and my work surface completely as soon as I’m through using it; and I keep my spray bottle of vinegar at hand.

That being said, I’ve never suffered a lye burn, and there’s no reason for you to, either. Just don’t say that I didn’t warn you.

While your oils are melting, clean off a work surface and prepare it for working with lye. Get out a mixing bowl (not aluminum!) to hold the lye solution, a bowl to measure out the lye crystals in (make the bowl a contrasting color so that you can see every single lye granule), a mixing spoon (not wooden!), and plenty of vinegar, just in case. Then dress so that you have as little exposed skin as possible.

The last thing that I do before I make my lye solution is fetch the lye down from the back of the high cabinet in which I keep it. I put my gloves on, measure out and weigh the appropriate amount of lye, put the lid back on the lye container, double-check the lid, and put it back in that cabinet. I check for spills around my work surface, then slowly pour the lye into the mixing bowl of pre-measured water, stirring as I go. 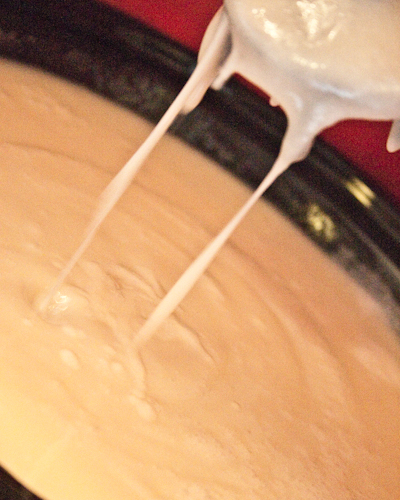 With the power still off on the crockpot, I stir the solution with a crafts-only stick blender until I see a trace.

A lot of beginning soapers get panicky about trace, and admittedly, it is a state that’s somewhat difficult to describe and even more difficult to photograph well. However, when your mixture has reached trace, it will be the consistency of hand lotion, and when you hold the stick blender over the mixture, letting drops drip down, those drops will sit on top of the mixture for a second, leaving a trace.

Crockpot hot-process soap is very forgiving, so if you’re unsure about trace, feel free to stir longer, until a thicker trace convinces you. 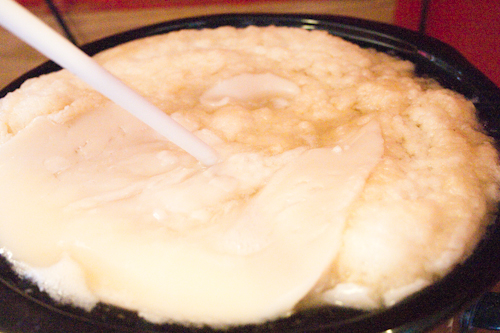 When your mixture reaches trace, turn the crockpot back on. The temperature that you use depends on you. I have a very full crockpot, as you can see, so I keep my temperature on low, and I stay near it in case I need to stir it back down while it cooks. Other soapers, however, who have a half-full crockpot and a little experience with hot-process soap, cut their cooking time by turning their temperature to high. Feel free to choose what works right for you, knowing that any temperature, from keep warm to high, will get the soap made.

The soap will turn lots of different rancid-looking consistencies as it cooks–don’t be afraid! 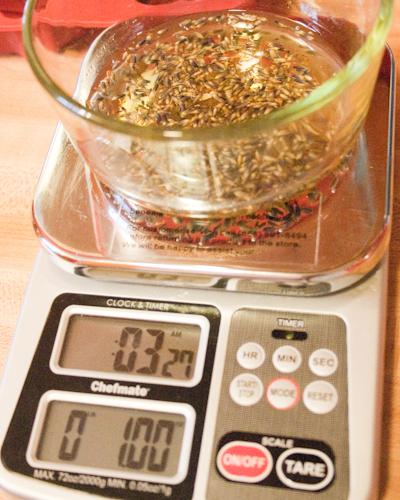 While the soap is cooking, I weigh and measure all the essential oils and other mix-ins that I want to be in the soap. This gives plenty of time for the scents to meld, and it makes my kitchen smell yummy! 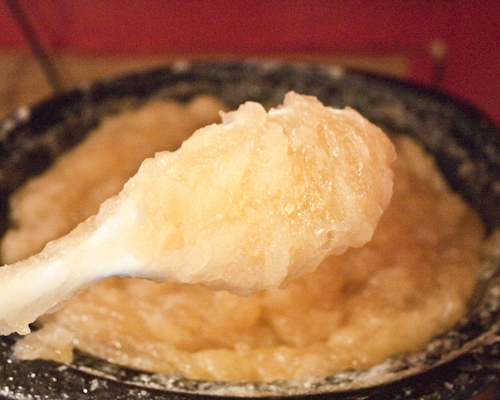 When the entire batch of soap has an even, waxy, Vaseline-like consistency, then it’s fully cooked. Some people will put a bit of soap to their tongue at this point, to make sure they don’t get a zap of lye, and that’s fine if you want to, but I prefer to give my bars of soap a two-week cure to ensure full saponification instead of zapping my tongue. It’s your choice.

Turn the heat off of the crockpot, and take the pot off of the heat source if your soap is starting to get a little thick. Pour your additives into the soap, and stir them all in. 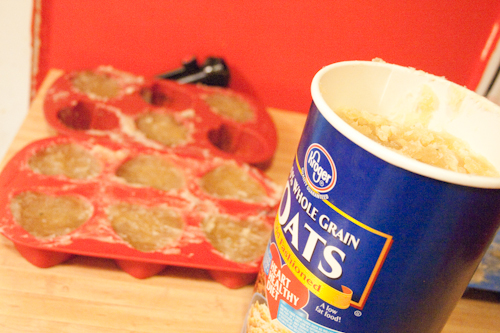 Scoop the soap into its prepared molds–you can see that I’m using crafts-only silicon molds, as well as a super-high-tech oatmeal cannister–and let it sit either all day or overnight 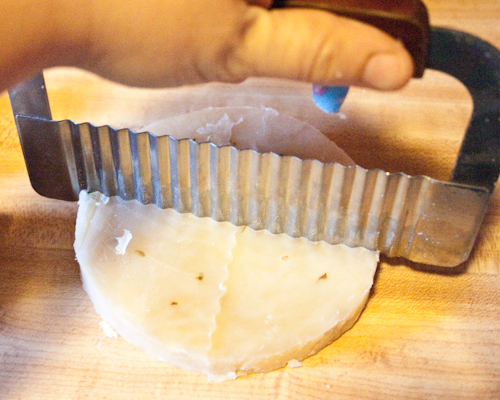 After the soap has set for several hours, it will be firm, but still soft enough to easily cut into bars and pare into smooth shapes.

Now your only remaining problem is how you’re going to get all this soap used up so that you can make another batch! 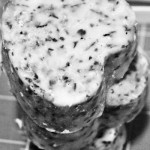