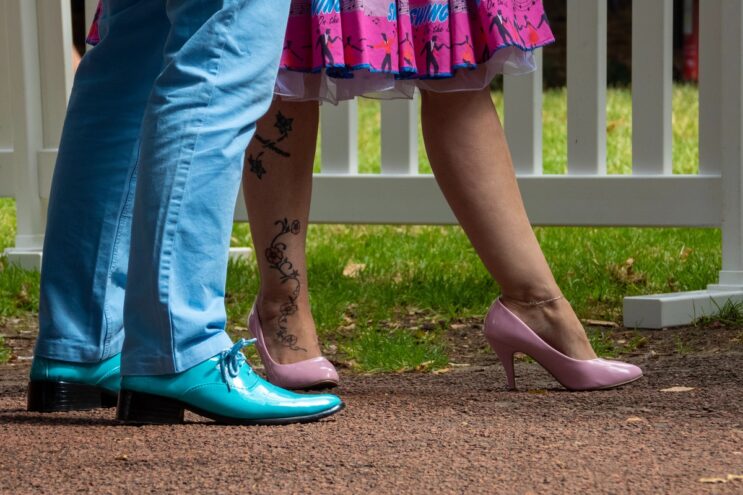 A petticoat may not be the essential everyday wear that it once was, but it’s still essential to give the perfect silhouette to certain garments. Skirts, especially, achieve a pleasing flare when worn over a petticoat, and you might find that a petticoat puts a comfy layer between your skin and an itchy skirt, or that it adds just the right extra bit of warmth on chilly days.

These are some of the traditional reasons why petticoats were worn, and they’re still good reasons today!

While it is possible to find petticoats on the mass market, most petticoats have always been home-sewn, or couture made by a seamstress. Even when buying ready-made clothes became more common, people still sewed much of their own undergarments.

And that’s why with petticoats, DIY really is one of the best and most accessible ways to get one!

On the blog – learn how to make a pretty and perfectly pouffy petticoat (unintentional alliteration overload) to beef up your handmakes, and keep your legs warm in the process x

This tutorial likely isn’t for beginners, but it does result in one of the most beautiful and well-constructed petticoats on this list. If you want to know how to make a petticoat that’s professional quality, THIS is your tutorial!

Flannel doesn’t have a lot of loft, but it will keep you super warm!

Muslin is another eco-friendly fabric. It’s not stiff or fluffy like cotton crinoline or nylon tulle, but it’s great for adding a layer between your legs and skirt when you don’t need a lot of lift. Muslin is comfortable to wear even when it’s hot, but adds warmth when it’s cold. As with the tulle and cotton crinoline petticoats, you can layer multiple muslin petticoats, but keep in mind that multiple layers will be heavy!

Check out how cute and magical this petticoat is! A DIY themed petticoat is a great way to handle cosplay or Disney bounding.

Drawstring Closure for a Petticoat

If you want to stick to all-natural fabrics and materials, then you also want to avoid elastic. This tutorial shows you how to use the channel that you otherwise would sew for elastic to instead hold a drawstring.

Modern interpretations of petticoats suit our modern fashions, but sometimes you need a truly authentic petticoat, and sometimes you just want to study authentic fashions to give you ideas about new construction methods to try. The ties on this eighteenth-century-style petticoat, for instance, are a clever way to make a fastening, and would be easy to utilize for many of the more “modern” petticoat styles in this list.

Here’s what I mean about authentic construction methods giving us new ideas–this petticoat? Has space for POCKETS!!!!!!!

Getting a some extra swing in my skirts now with my new crinoline petticoat. Plus, you can make your own – tutorial on the blog (link in profile)!

Nylon tulle is NOT an eco-friendly fabric, but cotton crinoline IS! This tutorial shows you how to sew a petticoat completely from cotton crinoline, and after reading it, you should have a good idea about how to substitute cotton crinoline for tulle in any of the other tutorials in this list, as well.

This is so smart! Dust ruffles are a dime a dozen at many thrift stores (sometimes literally!), and take much of the work out of creating the bottom ruffle of your petticoat.

I love how versatile this particular petticoat is. The tutorial shows you how to calculate the number of tiers and their length, and the fabric choice is super sheer so that if you want more layers for a particular look, you simply have to add additional petticoats.

Want to make a petticoat, but don’t want to work out all the math for yourself? Check out this pdf pattern/walk-through, and make life that much simpler.

Don’t forget all the great ways that you can upcycle even unusual fabrics in your creations! Since the underskirt tier of your petticoat won’t be seen, it’s a great idea to upcycle an old T-shirt into an underskirt.

There’s no fear of your petticoat ending up around your ankles when you sew it onto a camisole top.

A petticoat doesn’t absolutely HAVE to be hidden under a skirt! The rainbow colors of tulle and ribbon in this petticoat are meant to be shown off.

Upcycled Petticoat from a Prom Dress 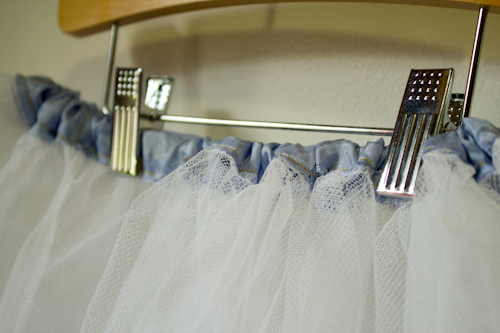 Old formal dresses–the tackier, the better!–sometimes have a petticoat layer tacked into them. Formal dresses are already some of my favorite things to upcycle, since no matter how ugly they might be, their fabrics are generally gorgeous and fancy and fun to sew with. As you take apart your next ugly prom dress, remake that sewn-in petticoat into a stand-alone petticoat that you can use to fluff up something less ugly.

Do you have a favorite way to make a fluffy skirt? Tell me about it in the comments below! 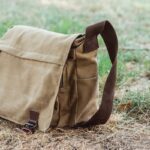 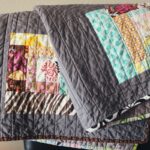