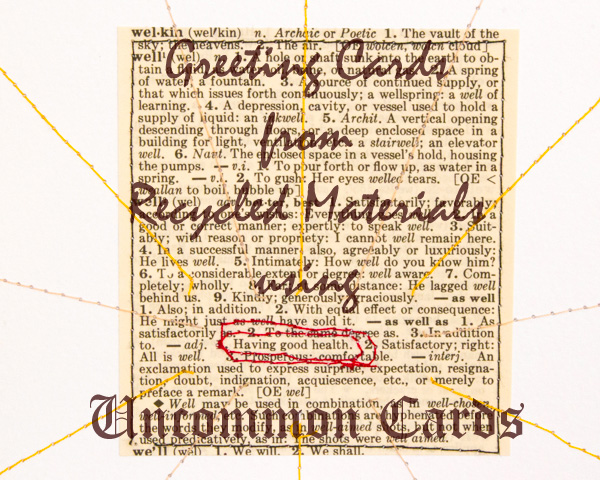 Handmade greeting cards really are gifts from the heart, and they don’t even have to be elaborate and fancy to be touching and inspiring.

I made this get-well-soon card for a friend, using recycled materials and a tutorial from my copy of Uncommon Cards: Stationery Made with Found Treasures, Recycled Objects, and a Little Imagination

, given to me by the publicist. The card is certainly no work of art, but the secret is that it doesn’t have to be!

What the card IS is fun and easy to make, and hopefully received with pleasure by its recipient. 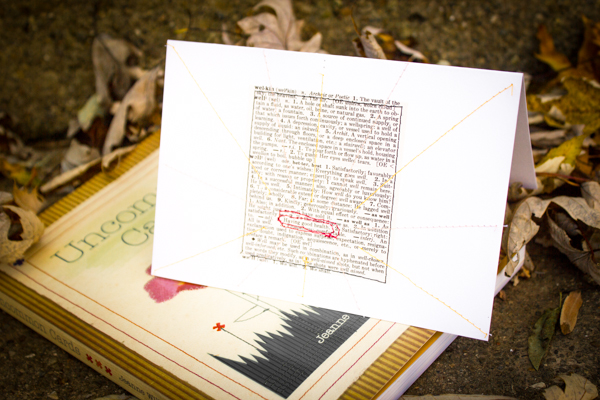 To make the card, I followed the instructions from the Map Detail Design project, which uses a paper map cut-out with machine stitching to extend the highways beyond the borders of the map and onto the plain card front. Instead of a map, however, I used a page from an old torn dictionary–a page containing the definition of the word “well”, since this is a get-well-soon card–and I used a white card blank from the stash included with the book instead of the peacock blue blank that the tutorial calls for.

Instead of the specific stitching called for in the Map Detail Design project, I lowered the feed dogs on my sewing machine and used my free motion quilting foot to highlight the “Having good health” definition of “well” on the dictionary page. I then raised the feed dogs and put my regular foot back on and used peach and yellow thread to stitch straight sunburst lines from the definition to the edges of the card.

HINT: To make sunburst lines that look pretty even without measuring, first make them straight up, straight down, and straight across each side, then make them to the four corners, starting from spots in the center that are evenly space between the lines that you’ve already stitched. The lines will now be close enough that it’s easy to keep any future lines centered, as well.

That’s all the work that a get-well-card really needs! Since the card blanks that come with Uncommon Cards are standard sizes, you don’t even have to make your own custom envelope if you don’t want–although you still can!

(I received my copy of Uncommon Cards free from the publicist, because I can’t review a book unless I’ve torn up an old dictionary in its honor!) 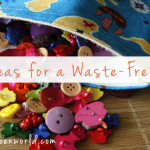 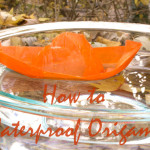