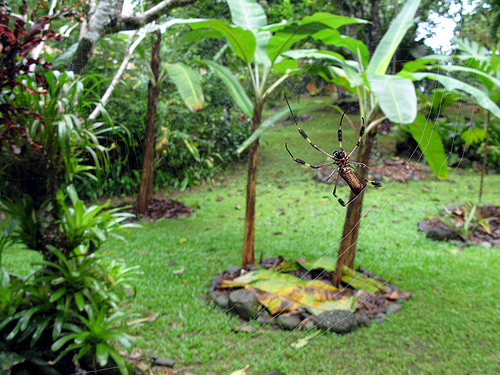 It is in the name of Fab Fabrics and Halloween that I’m trying to put my fear of spiders on the back burner so I can tell you about the spookiest natural fiber I’ve ever heard of: spider silk.

This is not a fabric that’s available commercially, but it did feel like it was worth a mention over here. According to Wired:

To produce this unique golden cloth, 70 people spent four years collecting golden orb spiders from telephone poles in Madagascar, while another dozen workers carefully extracted about 80 feet of silk filament from each of the arachnids. The resulting 11-foot by 4-foot textile is the only large piece of cloth made from natural spider silk existing in the world today.

It takes about 14,000 female golden orb spiders to yield an ounce of the silk. It took collecting the spiders and harnessing them to the extraction machine (which they say does not harm the creatures) to produce the 11 x 4 foot piece of cloth and over one million spiders. A million spiders! That is my nightmare!

Spider silk is very elastic, and it has a tensile strength that is incredibly strong compared to steel or Kevlar. There’s scientific research going on all over the world right now trying to replicate the tensile properties of spider silk and apply it to all sorts of areas in medicine and industry, but no one up until now has succeeded in replicating 100 percent of the properties of natural spider silk.

So what do you guys think? Is spider silk an eco fabric or just my nightmare fuel? 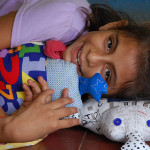 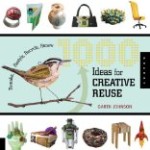