I don’t know about you guys, but my Xacto knife gets dull pretty quickly, if I am working on a project that uses it a lot. I haven’t used my Xacto in a while, but when I did, I’d go through new blades like gangbusters. It was expensive, and it felt like such a waste.

Past me sure would have liked this video on how to sharpen a dull Xacto knife, instead of springing for new blades all the time.

Of course, you’ll eventually have to replace your Xacto blades, but extending their lives makes your paper crafting that much less wasteful.

Here’s what you need to sharpen your Xacto knife, according to the video tute above from Dick Gibson:

That’s it! Just run the blade along the sandpaper, like he demonstrates in the video, until it’s nice and sharp.

What I love about this technique – besides that it is super simple – is that it sharpens and hones your Xacto knife at the same time. You end up with a blade that’s not just sharp, but it’s nice and straight. A straight blade makes precise cutting so, so much easier. 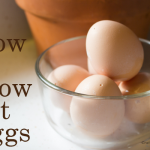 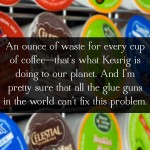