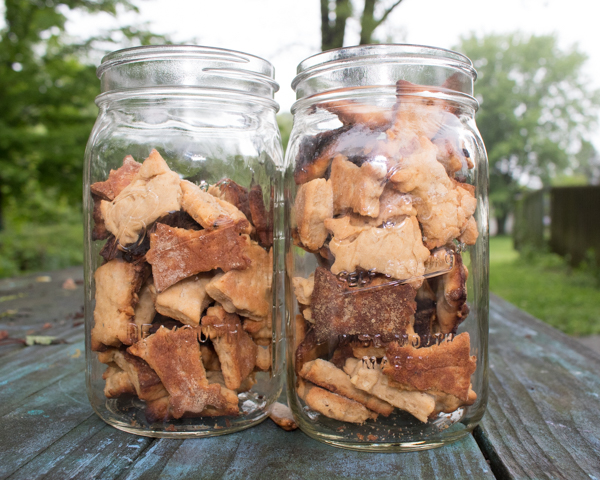 I never thought that we’d be people who made homemade dog treats.

We used to be cat people. I even tried making cat treats with my kid once, but as soon as we’d opened the canned salmon that the recipe called for, the smell of it knocked me on my butt and I left the house, retching. The kid ended up just giving the salmon to the cat.

We still dote on our cats, but my other kid was the impetus for bringing a dog into our lives, and it turns out that we’re dog people, too!

And did you know? Dog treats are MUCH nicer to make homemade than cat treats are, on account of dog treats don’t smell like canned salmon!

In the mood to spoil the dog, my older kid made the Sweet Dog Treats recipe from Beekeeper’s Lab. Beekeeper’s Lab has 52 bee-related projects that can be done by kids and their families. There are projects for beginning beekeepers; science projects related to bees, flowers, and pollination; things to do with beeswax; bee-friendly sustainability projects; art projects; and, of course, plenty of projects that use honey, such as these dog treats.

The Sweet Dog Treats recipe calls for vegetable oil, peanut butter, honey, an egg, whole wheat flour, and oatmeal, so pretty much stuff that you’d have in your kitchen already. I wasn’t supervising adequately, so not only did the kid use our nicest honey, but she also used the organic peanut butter instead of the cheaper stuff in the pantry that she’s *supposed* to use for the dog. Sigh… Whatever. She’s a member of the family, right? The family eats organic peanut butter.

The recipe came together easily, and was totally do-able for a kid to make independently. And especially considering that you’re probably going to cut these out pretty small, the recipe also makes a LOT. My kid was able to make five huge trays of dog treats, plenty to have on hand and some to put in the freezer. My only proviso would be that since you’re cutting them small, and since they’re already brown from the whole wheat flour, you do have to watch them very carefully in the oven. My kiddo burned the bottoms of a batch or two, but the dog doesn’t seem to mind.

And yes, you know we tried them ourselves. No canned salmon, remember? These dog treats are… pretty good, actually! I’d eat them. Well… I did eat some, and so did the kids. I may pack a couple in their lunch boxes tomorrow. I actually think these would make a good recipe to bake for toddlers, because I remember how hard it was to find wholesome, portable, low-sugar snacks for my kids when they were small.

But more to the point: does the DOG like them? 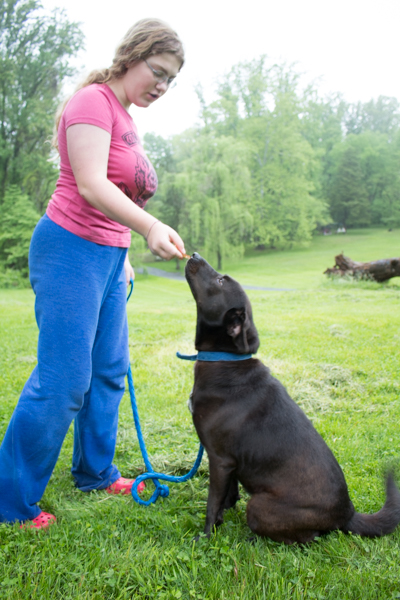 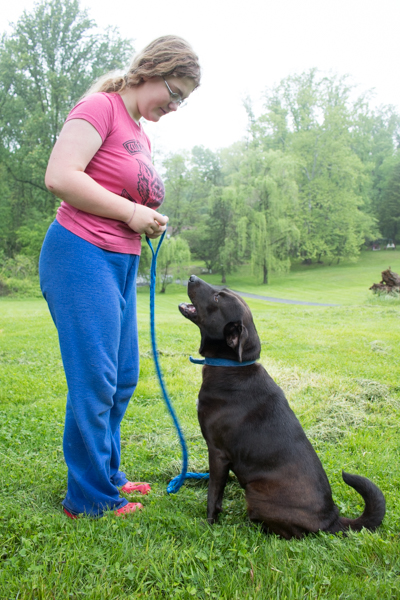 Why, I do believe that she does!

I received a free copy of Beekeeper’s Lab, because I can’t write about a book unless I’ve caught myself eating homemade snacks that it told me are supposed to be for dogs.