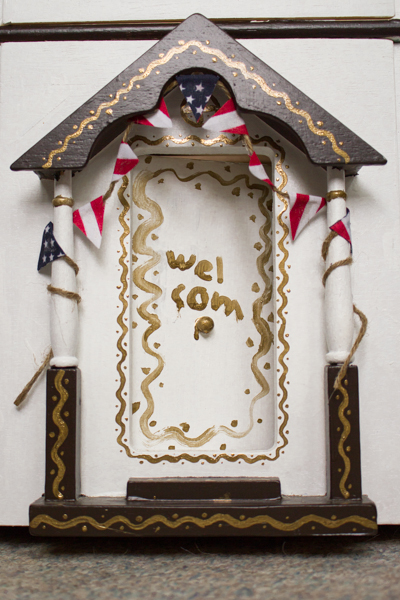 Should you craft with American flags? Let’s take a look at the Flag Code and how it applies to upcycling.

Is upcycling still a great solution when it’s a craft with American flags?

Mind you, we’re not talking about the kind of Old Glory that’s been flown above a capitol building or rested on a veteran’s coffin, here. What about a faded, vintage flag that’s been hiding in your grandma’s closet for 40 years?

Or a dozen or so of those little stick flags that get handed out like candy at Independence Day parades?

Crafting becomes a tricky issue when you’re dealing with a national icon.

The US Flag Code (found in the United States Code, Title 36, Chapter 10) states foremost that “[n]o disrespect should be shown to the flag of the United States of America.” It then specifies several actions that would imply disrespect and advises against them, including the most relevant for our purposes, the following three guidelines:

A craft with American flags such as this one, then, that drapes the flag decoratively would be in violation of the Flag code, as would these American flag-decoupaged luminaries.

Note that in the comments to the post in which the flag has been used as drapery, the author claims that her usage doesn’t violate the Flag Code in part because her flag isn’t the standard size. This claim is false, as the Flag Code does not dictate a standard size for an American flag to be “official.” In fact, the Flag Code also does not dictate what materials the flag should be made of, so adhering literally to the Flag Code would require one to consider a craft with American flags made of popsicle sticks or pallet wood to also be “official” flags that should be treated according to the Flag Code, as long as they have 50 stars and 13 alternating red and white stripes. Essentially, if you see it as a flag, then it’s a flag. 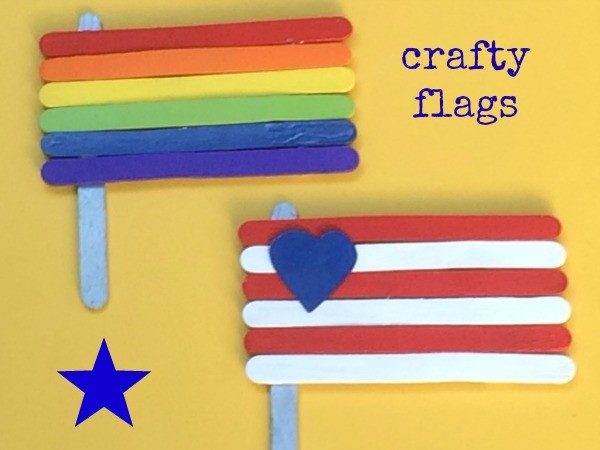 The comment on that tutorial, frankly, serves as your warning that one mustn’t believe what just anyone says about whether a particular project is or is not in violation of the Flag Code. Patriotism is a sensitive issue, and for many, it is highly important to their personal belief systems that the Flag Code be interpreted as strictly as possible. A strict interpretation of the Flag Code would dictate no American flag coasters, whether handmade or not. No American flag wooden representations, no matter how stylized, standing on your front porch. No clothing with the American flag embroidered or painted or stamped with children’s handprints.

That being said, you, personally, do not have to interpret the Flag Code as strictly as possible, if you, personally, do not want to. The Independence Hall Association, a Philadelphia non-profit and a resource about as reliable as you’re going to get for how to properly interpret the Flag Code, claims that for private citizens, adherence to the Flag Code is purely voluntary. Again, these are just more opinions, so read the Flag Code yourself rather than relying completely on strangers from the internet to guide your actions, but but if you’re a private citizen, the Independence Hall Association does imply that you’re not going to get arrested or fined for your vintage flag scrapbook album cover, or your upcycled miniature American flag bunting that you made for your kid’s dollhouse (yeah… that’s me, ahem. I 100% upcycled a miniature American flag that my kid received at the Independence Day parade into a tiny bunting for the front of her dollhouse. Figuring out if this was okay or not is what actually got me interested in researching this issue in the first place!).

Regardless of how you interpret the Flag Code, however, if you make your crafts with American flags visible to others, then you open yourself up to their opinions, based on how they interpret the Flag Code. There is, for instance, an entire Pinboard devoted to collecting flag “desecrations,” and sharing the names of those who have, in particular, made crafts with American flags and/or have repinned such images to their Crafts or To-Do pinboards. You also risk offending guests who have their own reasons for feeling strongly about a strict interpretation of the Flag Code.

Ultimately, though, your flags that you own are yours. I am a major proponent of my right to do with my own stuff as I please, and no matter the guidelines, I think that you have that right, too, and that we can decide for ourselves what crafts we’d like to do with what materials.

So, should you craft with American flags? To help you answer that for yourself, let’s go back to the guiding principle of the Flag Code: “No disrespect should be shown to the flag of the United States of America.” It implies that the flag should be used respectfully and thoughtfully, as an aid to patriotism. Does your front door wreath with the vintage flag drapery give you a frisson of patriotism whenever you see it? Do your luminaries with miniature American flags decoupaged on remind you of the light of freedom whenever you light them? Did your kid ask you to make her an American flag bunting for her dollhouse so that her dolls could celebrate Independence Day?

To me, those would feel like respectful uses of American flags. But you decide for yourselves. 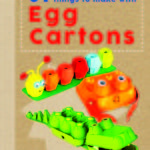 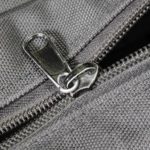