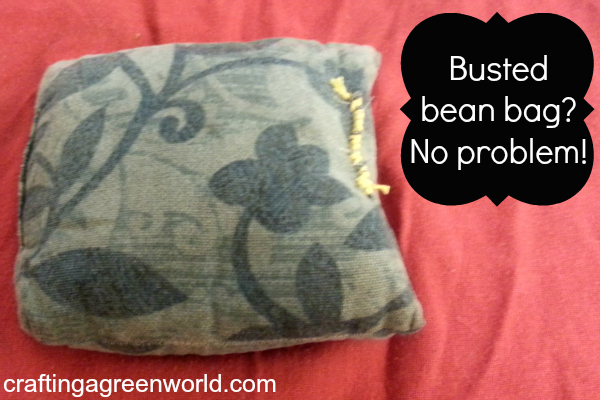 Ed. Note: We are super excited to share this tutorial from Scott Cooney, the head of Important Media, the network that we are a part of. He came up with a crafty way not just repair a tear on his busted bean bag but make it sturdier than before it broke!

Got a busted bean bag? Here’s how to repair a tear and leak-proof it so it’s stronger than ever!

If you’ve ever had bean bags rip open on the beach, you’ve known the eco-guilt of having 200 little bits of plastic spread out over a few square yards of sand. And, if you’re anything like me, you’ve also had plenty of time to think about how to prevent an explosion like that from ever happening again while you were down on your hands and knees picking up those bits of plastic one by one. (Plastic beaches are becoming all too common, unfortunately).

When we go to the beach, we play a game called Cornhole (also known as bag toss, depending on where you’re from). The idea is that you throw bean bags from a distance at a wood board that is levered up on one side so that it faces you. If you land a bean bag on the board, it’s worth 1 point. If you get it to drop through the hole, it’s worth 3 points. Pretty simple game, but the competition gets fierce when there are several beers involved (check out this crafty reuse of beer cans, just FYI).

On a recent beach outing, we had not one, but two bean bags rupture upon impact with the cornhole board, vomiting their contents over the aforementioned several square yards of beach. After spending a lot of time picking up beads of plastic, I had a thought–why not reuse a produce bag to wrap up those plastic beads, and put that inside the bean bag, so that the next time the threads come loose or the seam gives out (or in this case someone’s little weiner dog decides to use your bean bags as a chew toy and pokes a bunch of little holes in them), the bean bag can rupture, but the contents will stay inside?

Click here for the tutorial, including a surprising way to make the bean bag even stronger than before it broke.

Scott Cooney (twitter: scottcooney) is an adjunct professor of Sustainability in the MBA program at the University of Hawai'i, green business startup coach, author of Build a Green Small Business: Profitable Ways to Become an Ecopreneur (McGraw-Hill), and developer of the sustainability board game GBO Hawai'i. Scott has started, grown and sold two mission-driven businesses, failed miserably at a third, and is currently in his fourth. Scott's current company has three divisions: a sustainability blog network that includes the world's biggest clean energy website and reached over 5 million readers in December 2013 alone; Pono Home, a turnkey and franchiseable green home consulting service that won entrance into the clean tech incubator known as Energy Excelerator; and Cost of Solar, a solar lead generation service to connect interested homeowners and solar contractors. In his spare time, Scott surfs, plays ultimate frisbee and enjoys a good, long bike ride.

Find Scott on Google Plus 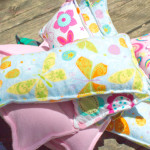 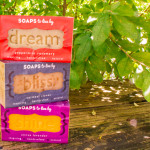