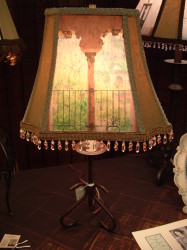 Michael Ricciardi is a well-published writer of science/nature/technology articles as well as essays, poetry and short fiction. Michael has interviewed dozen of scientists from many scientific fields, including Brain Greene, Paul Steinhardt, Arthur Shapiro, and Nobel Laureate Ilya Progogine (deceased).
Michael was trained as a naturalist and taught ecology and natural science on Cape Cod, Mass. from 1986-1991. His first arts grant was for production of the environmental (video) documentary 'The Jones River - A Natural History', 1987-88 (Kingston, Mass.).
Michael is an award winning, internationally screened video artist. Two of his more recent short videos; 'A Time of Water Bountiful' and 'My Name is HAM' (an "imagined memoir" about the first chimp in space), and several other short videos, can be viewed on his website (http://www.chaosmosis.net). He is also the author of the (Kindle) ebook: Artful Survival ~ Creative Options for Chaotic Times