Autumn recently posted The Eco-Crafters List of Demands, asking green crafters what they would like to see stocked in the craft store of their dreams. Katherine Cota of Spindle Bell had quite a few suggestions:

My ideal craft shop would have EVERYTHING! I love it all. I would especially love a great supply of pretty recycled papers and unique recycled beads. Non-toxic glues/adhesives, glass etching solution, paints. Unique synthetic yarns AND more stylish (affordable) knitting needles/crochet hooks.

Katherine also mentioned that she had stopped shopping at mainstream craft stores, but had concerns about the independent online retailers as well. How do you know their business practices are any better?

I can definitely sympathize with Katherine. In my fantasies, I can walk down the street and shop at a grocery store where everything is organic and either local or fair trade. Anything I see that I want, I can have without worrying if I’m doing something bad to the planet or people. Put a craft store next to that grocery store and I would be in heaven.

While we wait, though, I thought I would round up some recycled and fair trade beads we can all feel good about:

While this isn’t the same as walking into an all-green, fair trade craft store, it’s a start. If you have a favorite source for earth-friendly, people-friendly beads, please share it in the comments. 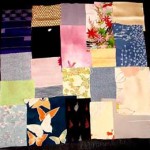 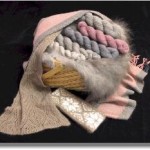