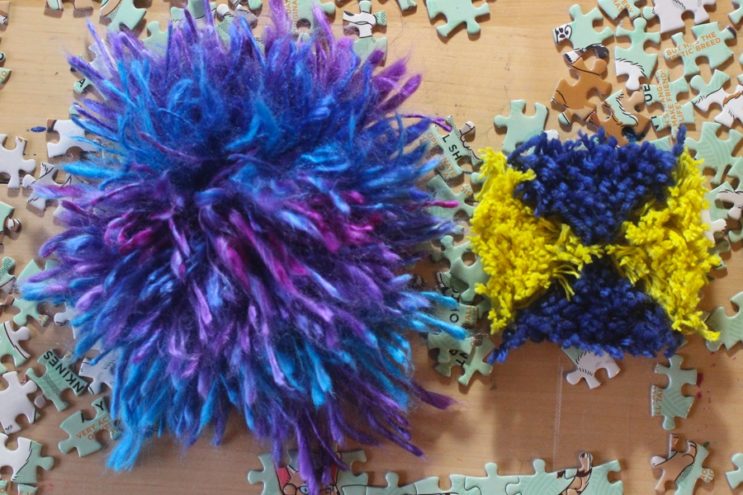 If you had a grandma who lived in the south in the 1980s, it’s quite likely that you already know how to latch hook. You might think that you don’t remember lying on the living room carpet, working on a Rainbow Brite latch hook kit while your grandma sits in the recliner behind you and watches 60 Minutes, but I assure you that once you pick up a latch hook, it’s all going to come flooding back to you.

There’s one big difference, however, between this project and those awesome 80s kits, and that difference is what makes getting back into latch hooking a terrifically eco-friendly activity: whereas latch hook kits almost universally use acrylic yarn, the latch hook creation that you make yourself, from a pattern that you create yourself, can use ANY YARN YOU WANT.

Any yarn! Wool yarn! Plarn! Cotton yarn! Or, my favorite of all yarns to use–STASH YARN!

Yep! Latch hooking is a fabulous stash-busting project. Creations can be as big or small as you want, with pile as short or long as you like, meaning that you can find a way to reuse any amount of leftover yarn. 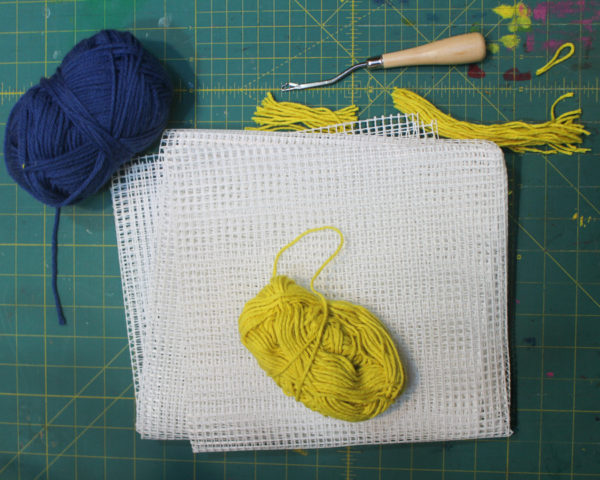 Here’s what you need to get started:

1.  Measure And Cut The Yarn 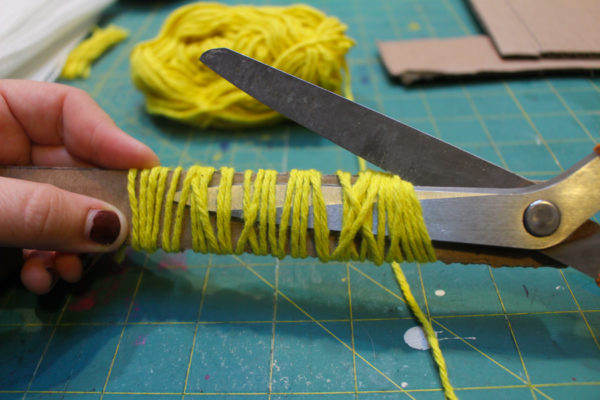 Cut your template to be as wide as the desired final length of nap of your project. To make the yarn pieces, wrap the yarn a zillion times around the template, and then cut straight across one side. You’ll be left with a zillion pieces of yarn that are exactly twice as long as your template is wide–perfect!

2. Cut Your Rug Canvas To Size And Transfer Your Design

Cut the rug canvas at least .25″ to .5″ wider on all sides than you’d like the finished size to be, so that you have room to fold and hem the raw edges later.

It’s possible to draw a design directly onto the rug canvas, although I’ve never found a material that works perfectly for this. Chalk rubs off, pencil rubs off more slowly, Sharpies smudge… try a few possibilities, and see what works best for you.

There are a few slightly different methods for latch hooking, but this is the way that my grandmother taught me. If it doesn’t start to feel intuitive to you after a few tries, snoop around the Internet and see if you like someone else’s method better.

Hold the latch hook in your dominant hand, and use your non-dominant hand to double up one piece of yarn. 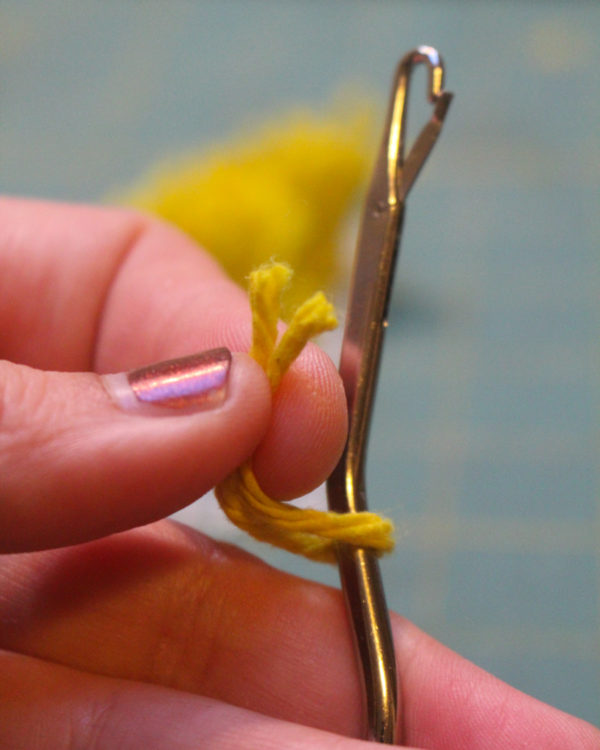 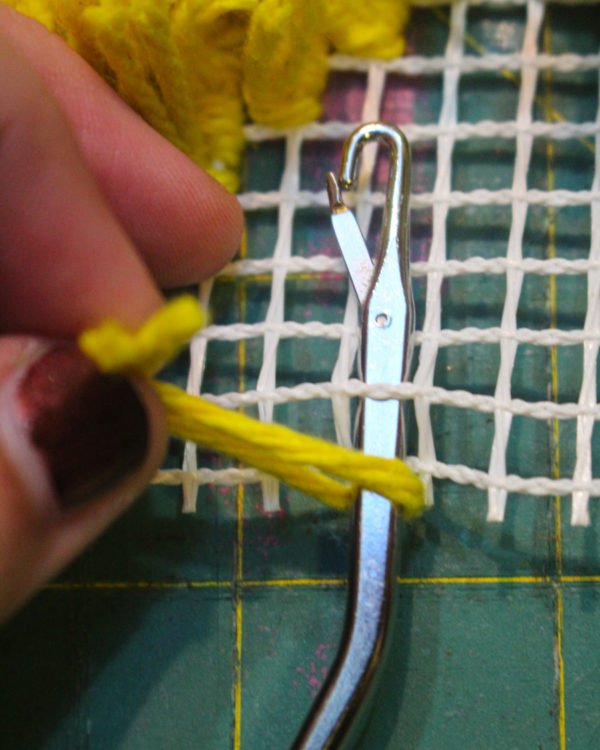 Push the tip of the latch hook underneath the strand of mesh that you want to attach the yarn to. This step can be a bit tricky, so mind that you don’t snag the mesh with the latch. 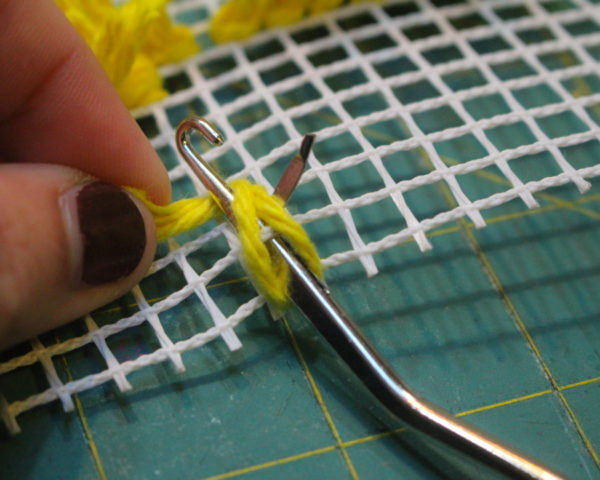 Open the latch, then use your non-dominant hand to draw up that loop of yarn. Both strands of yarn should be pulled to one side of the latch, then the other way around the hook. 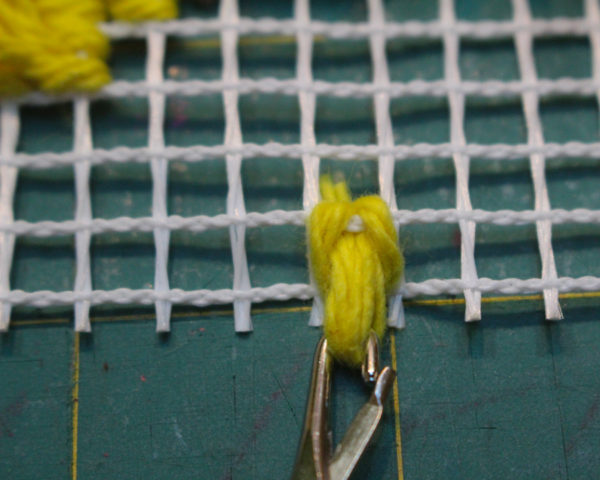 Pull the latch hook back out of the rug canvas. You might have to keep hold of the ends of the yarn at first to maintain tension, but then the latch will close itself as it’s pulled through the canvas, and the hook will pull the yarn out with it. 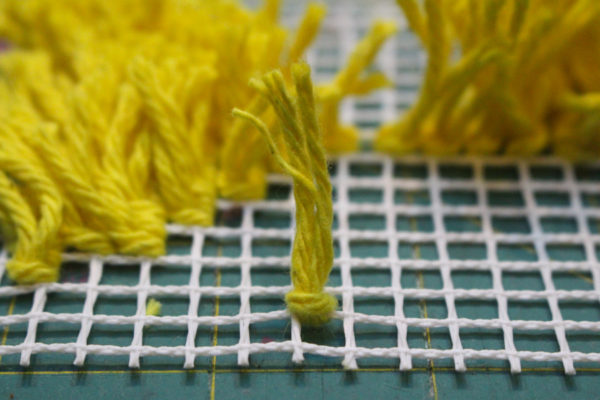 What you’re left with is a perfect lark’s head knot! You can pull the ends of the yarn to tighten it, and then go on and make a billion more! 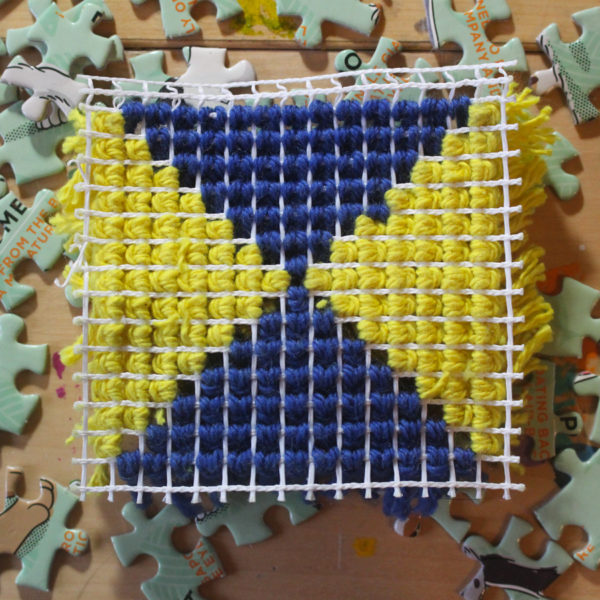 When your creation is finished, turn it over and observe how lovely it looks from the back! All that’s left is to hem the raw edges.

Thread a tapestry needle with a thick thread or embroidery floss. 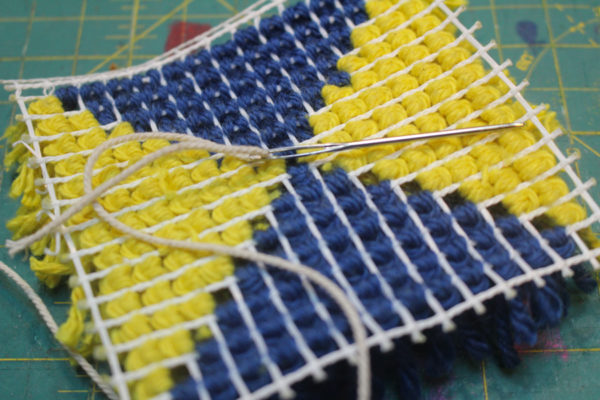 Fold one raw edge over so that one row of canvas lines up with another, then hem the canvas by catching just those horizontal strands of canvas with your thread. 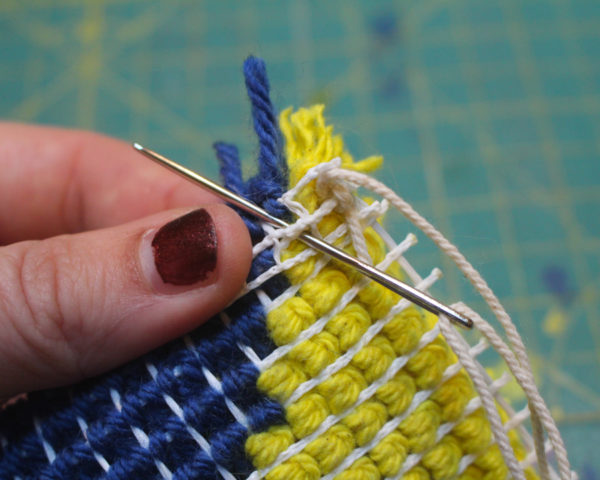 Continue this for all sides of your creation. If you don’t sew, you can also bind the raw edges of your project with iron-on fold-over binding (there’s some especially made for rug canvas!), or, if you don’t anticipate your creation being machine washed or put to heavy wear, just hot glue it, Bro! 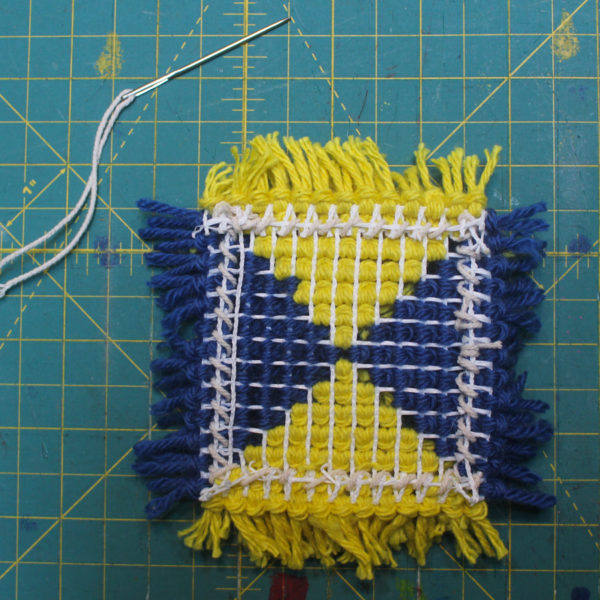 The possibilities for latch hook creations are endless! Yes, you can make actual rugs, but wall hangings are also popular, as are pillow covers. I’ve seen wreaths, tote bags, and chair covers, and I’m nearly positive that someone in my family had a pair of latch hooked slippers back in the 1980s.

If you, too, hung out with a Southern grandma back in the early 80s, please tell me what YOU latch hooked! 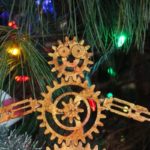 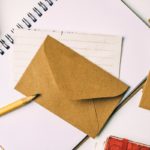