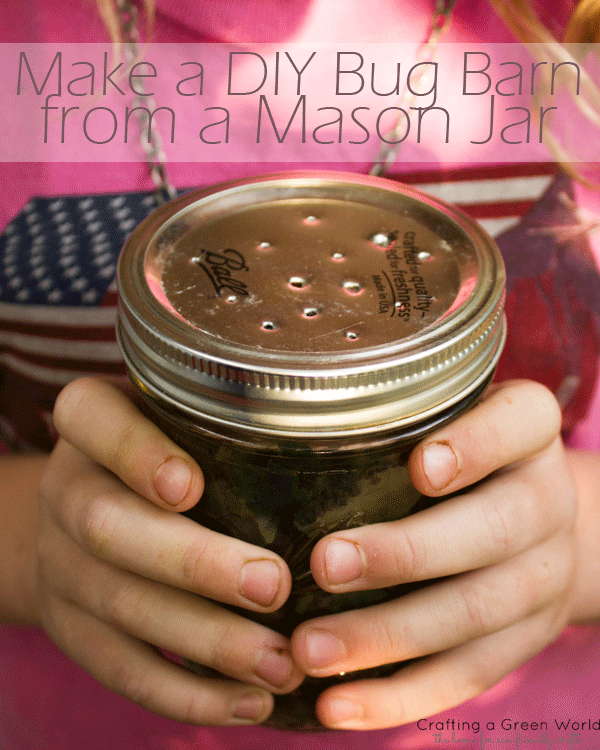 Let your kid make herself her very own bug barn using this simple tutorial.

Supplies: All she’ll need is a hand-me-down Mason jar, lid, and ring (this is a great way to get rid of your sub-par canning supplies. Mason jar perhaps has a little chip? Ring has a dent in it? Lid got a little rusty? Pass ’em on to the kid!); a hammer, and a nail.

1. Have the kid screw the lid and ring onto the Mason jar. I like the wide-mouth Mason jars

, and they come in a billion sizes, suitable for a billion types of bugs.

2. Have the kid use the hammer and nail to punch several holes in the lid of the Mason jar. As an alternative, if you’ve got a kid so crazy that you won’t let them near a hammer, take a step from my homemade laundry soap tutorial and have the kid cut out a piece of fabric–tulle, perhaps, or a scrap from a loosely-knitted cotton sweater–and use the Mason jar’s ring to screw it onto the jar as a lid.

3. Give a critter a happy home! There are several different ways that my kids enjoy studying insects in their homemade bug barns:

Sometimes they’ll catch an insect, such as a praying mantis or a beetle, add some sticks and greenery to make it feel more comfy, then just spend a few minutes to an hour observing it. When they’re finished, they’ll release the critter exactly where they found it so that it can be on its way.

Sometimes they’ll purposefully prepare a habitat for a critter (NOT a bug farm), such as the woodlouse (which isn’t an insect, but you get the idea), then catch several of them and spend up to a month observing them. They feed and water them, and keep their habitat suitable, and when they’re finished they once again release the critters exactly where they found them so that they can be on their way.

Sometimes they’ll use their Mason jar bug barn to observe a creature’s metamorphosis. Tadpoles can be kept quite well in a larger Mason jar, and a cloth lid is often where a caterpillar will choose to form its chrysalis. Once the creature has completed its metamorphosis, the kids release it back into the wild.

Mind you, these Mason jars ARE breakable, but they don’t get scratched up like plastic bug barns do, and they’re much easier to clean and sanitize than store-bought mesh bug barns (that bright red newborn butterfly meconium stain never came out of our mesh bug barn–yuck!). My kids favor these Mason jar bug barns, though, because they’re so easy to make, which means that yes, they CAN have, in our living room right now, one Mason jar bug barn in which several Eastern tent caterpillars have made cocoons, one Mason jar filled with dirt and earthworms, and one Mason jar that for a while yesterday held a spider that we found in the house, and that today–well, who knows what it’s going to end up holding today? 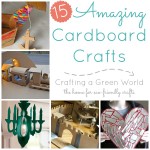 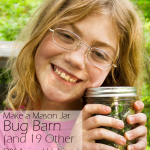