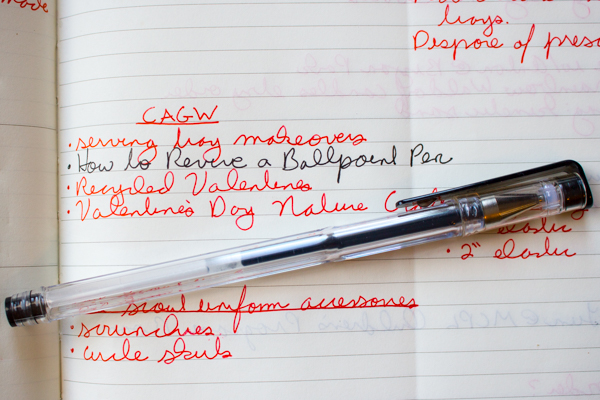 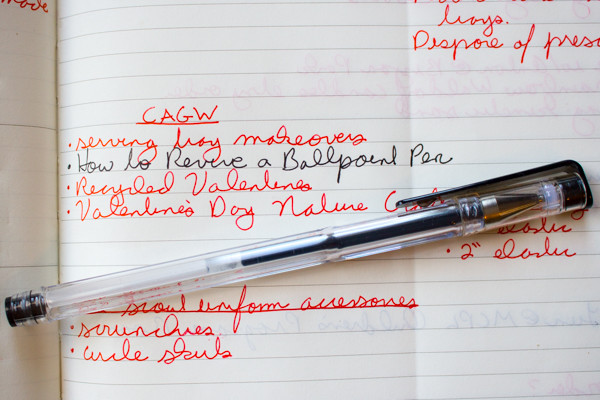 It’s one of life’s little disappointments. You pick up a ballpoint pen, one in which you can clearly see that there is ink still in the barrel, and yet… it will not write. Sigh.

A ballpoint pen can behave this way when ink has dried around the ball or in the ink tube adjacent to the ball, keeping the ball from moving freely or new ink from flowing over it when it does.

You can’t always fix this. Sometimes, however, you can!

First thing, obviously: Have you scribbled in circles yet? It’s near-instinct, and that’s because it often works. The circular motion stresses the ball in every direction, encouraging it to unstick itself. Just don’t press too hard–normal writing pressure is plenty to unstick the ball of the dried-out ballpoint pen if it’s going to, and extra pressure is more likely to damage the ball than do anything positive.

Okay, you’ve scribbled in a circle–I mean, obviously–and your beautiful ballpoint pen is still dried out. Now what?

Well, you at least need a little fire, preferably from a cigarette lighter, although a match will do in a pinch. You are going to briefly and gently heat the ball and adjacent ink tube, so as to liquify any dried-out ink clogging those parts.

Briefly. Gently, my Friends. Let’s not melt our pen in the process!

The way that I do this is to hold the lighter or match in one hand, completely vertical, and hold the pen in my other hand. I put just the tip of the pen into the flame for a second or two, then try scribbling with it. Repeat a couple of times as necessary. 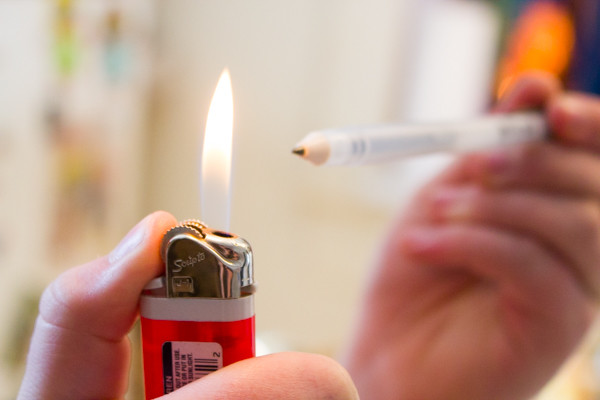 Be very mindful that you don’t expose more than the metal tip of the pen to the flame; even if your ballpoint pen’s barrel is metal, its ink reservoir is plastic. You REALLY don’t want to melt that ink reservoir.

This lighter method has worked for me to repair expensive ballpoint pens, cheap ballpoint pens, and gel pens, most recently my favorite Gelly Roll Pen that some child left the cap off of for the entirety of winter break. Mind you, this lighter method has also failed me at times, probably when the ink has dried too far up into the plastic ink reservoir. If you were super intent on saving a ballpoint pen in that situation, I’d suggest briefly immersing it halfway into a pot of simmering water, but I haven’t yet been that intent on saving a pen… perhaps if my Gelly Roll hadn’t responded to the lighter method I’d be reporting on Plan B.

Until that day comes, however, if you try the pot of simmering water, let me know if it works! 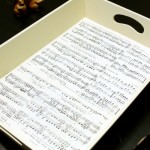 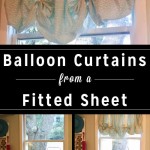