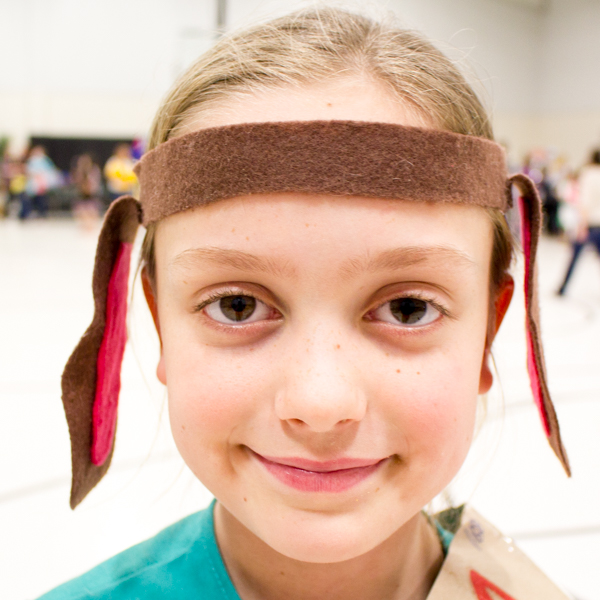 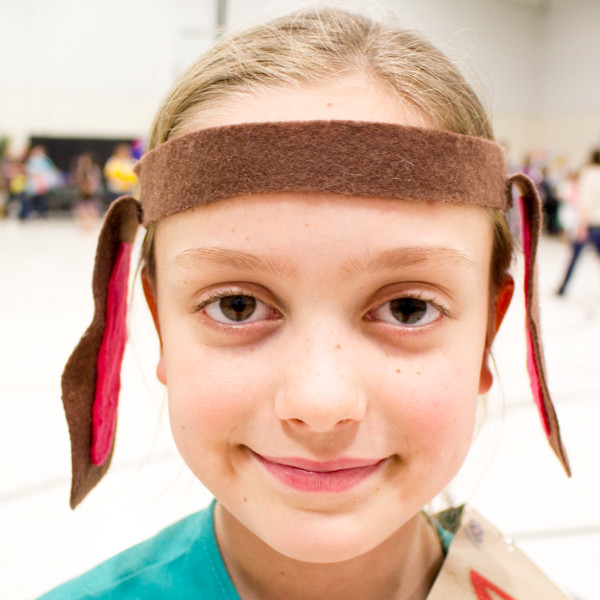 Have you ever noticed that children do a lot of performing on stage?

Also, have you noticed that those performances are often… odd?

I tell you this as a person whose child just finished a weekend performance as a dog in a Mandarin version of “Old MacDonald Had a Farm,” performed by our Girl Scout troop  at our council’s annual World Thinking Day celebration. Last year, the children did a puppet show of a Mongolian folktale, which required a lot more set pieces. This year, I tried to keep it simple, but, of course, even the simplest play has to have its costumes!

Seriously, even the troop that sang “Old Danny Boy” as part of their presentation on Ireland wore green.

Fortunately, a dog costume is one of the easiest to DIY, much easier than one kid’s duck costume (feathers everywhere!), and much, MUCH easier than another kid’s goat costume (although she looked freaking adorable in her faux fur beard…). To be a dog, all you REALLY need are puppy ears.

And to make puppy ears, all you really need to have are two colors of felt, some hot glue, and a little sticky-back Velcro.

You don’t have to sew a stitch!

1. Make the headband. Measure around the circumference of your kid’s head, at about the height at which the rim of a baseball cap would sit. Add 2″ for the Velcro, then cut a piece 1″ wide and to that length out of felt. 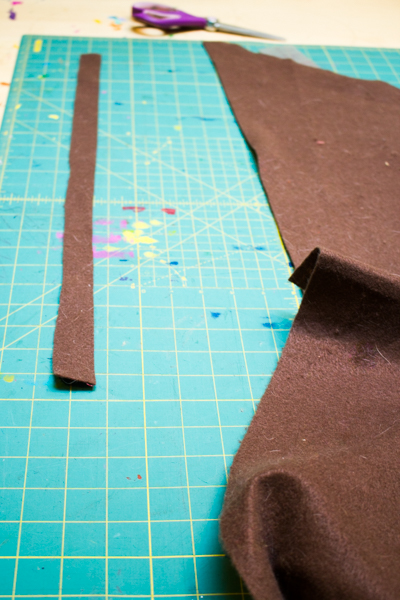 Use the template to cut two ears out of felt (flip the template for the second ear if it, too, is realistically asymmetrical), then cut the same shape, only about an inch smaller, out of pink felt.

Glue the pink felt inner ears to the outer ears. 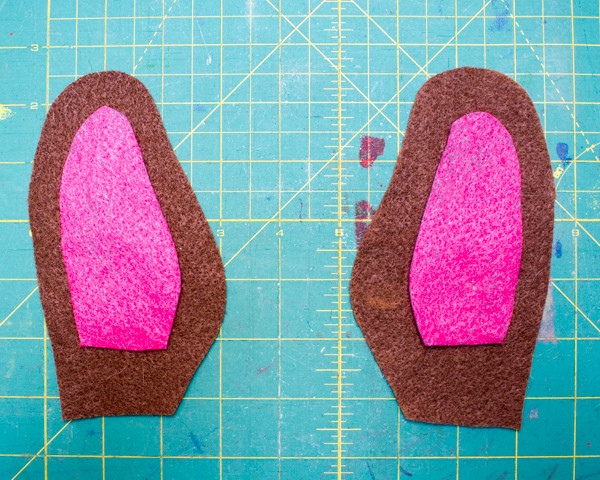 3. Put the Velcro on the headband. Stick the Velcro to either end of the headband, so that you can wrap it snugly around the kid’s head and Velcro it closed. The Velcro will give you a little bit of wiggle room in fit.

4. Attach the ears to the headband. With the headband on the kid, mark with a piece of chalk the spots on the headband that are directly over the kid’s ears.

Here’s where we get clever. Puppy ears need to droop, so glue the ears to the headband at your marked spots, but with the pink inner ears facing out and UP. When your kid puts the puppy ears headband on, the ears will droop adorably, just like a real puppy’s ears do. 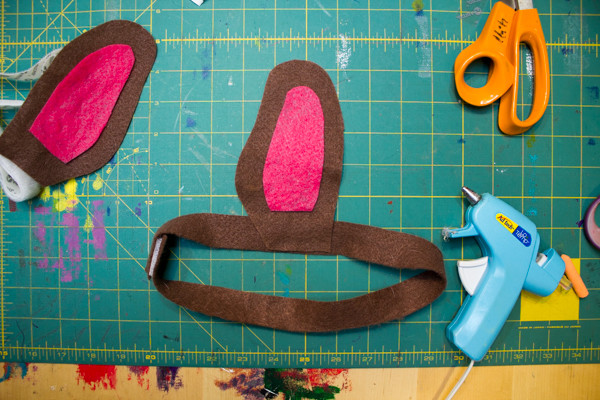 Bonus points: Use black eyeliner to give your kid a circle around one eye and a few black freckles on each cheek. She’s the best puppy ever! 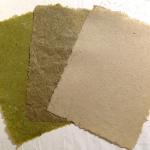 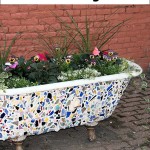