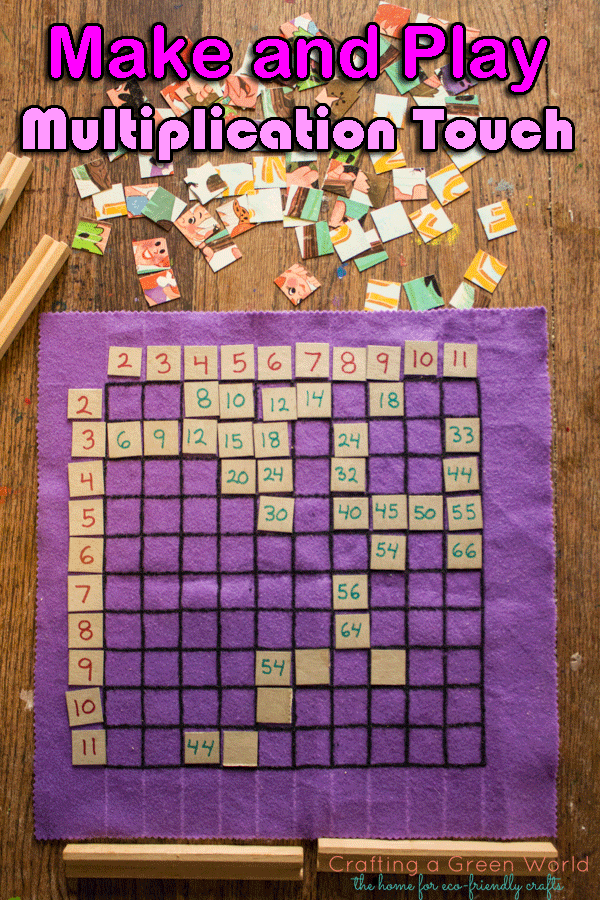 Got a kid who’s learning her multiplication facts?

Instead, build this cool math game to play with your kids. The sophisticated strategy and element of chance involved will entertain the kids even as they’re strengthening their logic skills, and every play they make will challenge their mental computation abilities and improve their memorization of those so-important multiplication facts.

Also? This game is FUN!

Here’s how to build it from stuff that you definitely have around the house: 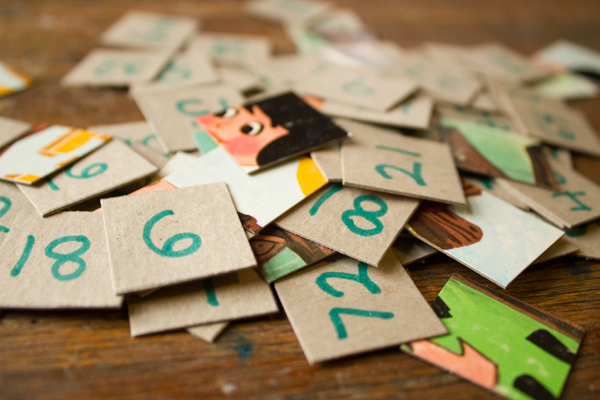 1. Make a set of number tiles. Use my DIY Number Tiles tutorial, but instead of making the numbers 1-100, make the numbers of a multiplication chart. I find that a 10×10 grid is big enough to play with (although you could make it 12×12), and my kids already know the 1x table, so I made the 2x through the 11x multiplication facts for our game.

As the kids get more adept at their multiplication facts, I can gradually ramp up the difficulty–for now, for instance, our game covers 2x-11x, but as those 2x facts get too easy, I can easily transition the game into 3x-12x, and beyond.

Using a different color of Sharpie, also make the row and column labels for the chart.

2. Make the multiplication grid. Use my roll-up hundred grid tutorial to make a light, portable multiplication grid from any stash cloth or Eco-fi felt that you have lying around the house, or draw a 10×10 grid on a piece of cardboard at least 11″x11″.

3. Play! Here are my rules for Multiplication Touch:

I do not permit my children to refer to a completed multiplication chart as they play (although that’s another possibility), but I do help them in any of the following ways: 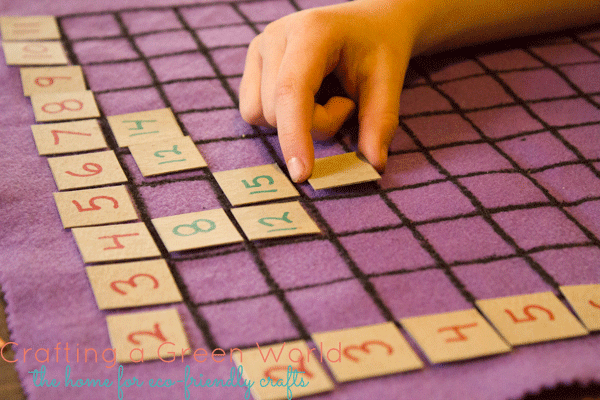 I like these fact-based games that combine luck and strategy because they’re actually fun for kids and adults to play, and that element of chance means that, even though I have a strict policy of never letting my kids win on purpose, they still have a good chance of winning! Check out the first photo to see how my seven-year-old sneakily hoarded all the blank tiles in order to get herself to that last, out-of-the-way spot to place that one last tricky tile. 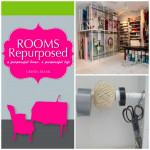 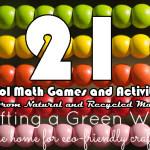