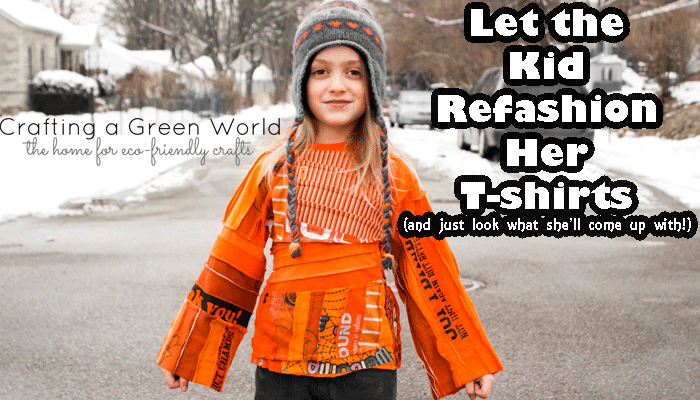 My kid and I have this thing in which she designs an outfit and then she and I (mostly me) sew it.

It’s not my place to judge the beauty of the child’s design (Orange T-shirts? Really? Never mind…), but simply to create her vision.

Well, we created it, alright! The Most Fabulous Scrapwork Orange T-Shirt now exists in the world, and here’s how we created it:

1. Source some T-shirts to upcycle. Thrift store shopping is all well and good when you want to wear the clothing that you’ve purchased, but it can get pricey if you’re trying to buy up T-shirts just for crafting. Our first, step, then, was to crowd source the T-shirts that we wanted. I hit up Facebook, and my kid phoned her grandmas, and for the next couple of weeks, my buddies brought me ugly orange T-shirts whenever we met and the kid’s grandmas sent her ugly orange T-shirts by mail. We combined that with a T-shirt that I did end up getting snookered into buying for the kid at the thrift store, and we ended up with a good half-dozen shirts to work with.

A half-dozen T-shirts may seem like a lot to outfit one seven-year-old child, but her shirt is swingy and has long sleeves, and, as you’ll see, a patchwork design like this is going to result in a LOT of cutting waste.

2. Prepare the shirts for sewing. Properly prepared, the jersey knit that makes up a T-shirt is a breeze to sew. We starch (here’s how to make your own laundry starch) and iron our shirts before cutting into them; the starch makes the jersey knit fabric MUCH easier to cut–the edges won’t curl!–and sew–it won’t get caught in the feed dogs!

To make the design easier to piece, the kid and I cut every single shirt into 2″ wide strips. I chose two inches simply because that’s the width of my best ruler, and that made it easier for the kid to measure. I let her trace out her cutting lines in orange marker right onto the fabric–what’s a little more orange going to matter in this entire sea of it? 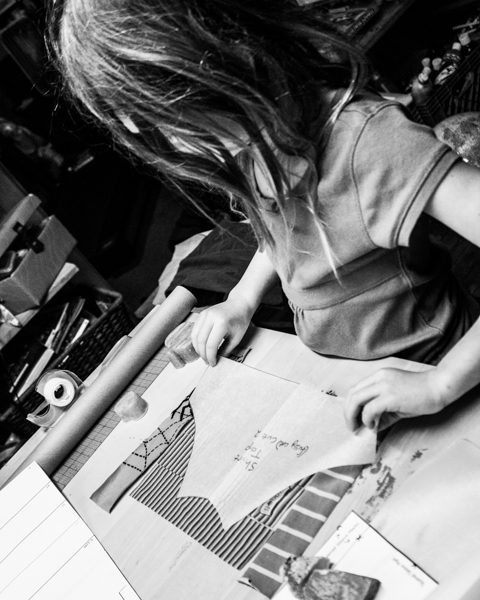 3. Lay out the pattern. I copied each of my pattern pieces for the shirt that the kid wanted onto tracing paper, making any modifications that she wanted (trimmer fit, shorter–but not nearly as short as she asked for!) at the same time. Using tracing paper

allowed the kid to place  her design as she wanted it, then place the pattern piece on top of the design to see if it fit and if she liked the look of it.

4. Begin to piece the pattern. I began to sew the kid’s design together as if I were creating a quilt block, looking for places where I could sew smaller blocks and then sew those together, trying to recreate the kid’s design as best I could. The basic rules of quilting, such as ironing each seam flat as soon as you’ve sewn it, also apply. The only trick is that you must be extra careful when sewing through T-shirt graphics–those screen-printed or puff-painted or other embellished tees won’t behave very well with the nice ballpoint needle that you use on jersey knit. Sew slowly through them, lest you break your top thread.

Every time I finished sewing what could be a smaller block of the overall design, I starched it again, ironed it again, and then squared it off on my cutting mat, because even though the starch makes it much more manageable, jersey knit will always shift and stretch a bit as you iron and sew. Trimming each block to square it off makes each piece a little smaller, so I had to call the kid back in a couple of times as I worked to add to her design to enlarge it enough to fit the pattern piece.

The kid also tried her hand at strip piecing, and although she wasn’t terribly productive (she spent most of her time goofing around with the jersey knit and the fancy stitches on my sewing machine), she certainly felt like she’d done some serious work on her shirt!

More scraps there–see why we started with so many T-shirts?

5. Sew the shirt. When all the pattern pieces were created, I starched and ironed them again–you can NEVER starch and iron jersey knit too much!–and sewed them together exactly as I would if they were each cut from wholecloth. This is a little trickier than sewing a plain T-shirt from jersey knit fabric, since not only did I have those T-shirt embellishments to work with, but also the many extra seams from the patchwork to sew through. Ballpoint needles aren’t designed to exert that extra force, so slow stitching in those areas is very important.

The benefit of a shirt sewn this way is that although it was a lot fussier to create it, it will be a lot sturdier to wear and will retain its shape much better than a conventional T-shirt. All those seams add a lot of extra structure to the jersey knit without sacrificing the drape that it’s famous for.

And also? It’s exactly what the kid asked for. She loves it. 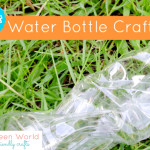 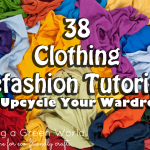