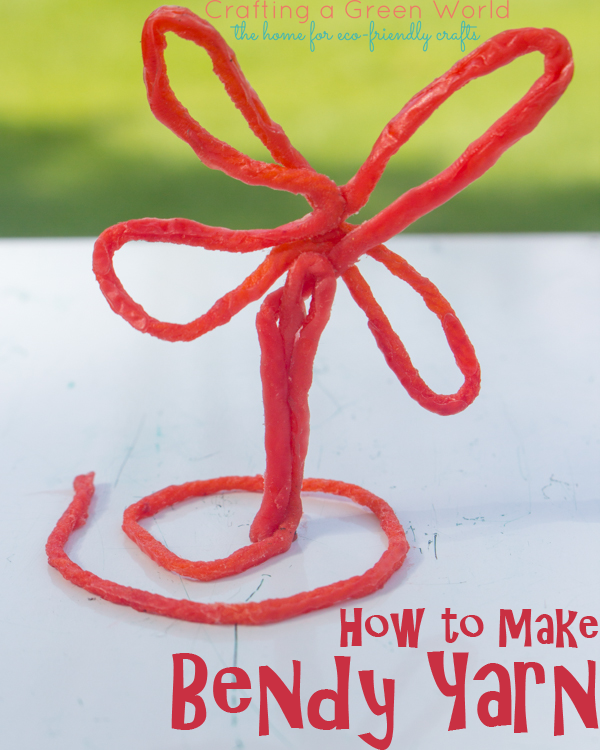 Have you seen Wikki Stix?

Wikki Stix are short pieces of sticky waxed yarn that you can buy for your kids (or yourself!). The wax is malleable, so they’re bendable. They’re only slightly tacky, just enough to make them stick to each other or to even slick surfaces, but they don’t leave a residue. You can sculpt with them, pose them on any surface, and they’re re-usable, so when you’re done just unstick and unbend them and put them away for next time.

Kids love to sculpt with Wikki Stix, and they’re great for doing dot-to-dots or mazes on laminated pages (think restaurants and airplanes, or preschool/toddler activities). They also work really well with sewing, helping you sculpt the perfect French curve or armscye.

Downside: They might pick up lint after a while. They’re really short, which can hinder creativity. Your kid will lose them. You’ll have to buy more.

This is why I make my own bendy yarn. I can make my bendy yarn as long as I want! My kids can help. I know exactly what I’m making them from, and those ingredients are all natural. At the ripe old ages of eight and ten, my kids (mostly) no longer put random things in their mouths, of course, but it’s still nice to be perfectly comfortable with what’s touching their skin, and if you’re UNcomfortable with petroleum products and mystery chemicals touching *your* kids’ skin, then I’m telling you right now that bendy yarn made from natural ingredients is the way to go.

Here’s how to make them:

1. Gather up the following supplies:

lanolin. I know that lanolin sounds like a super-weird ingredient, but you can actually buy it at the grocery store. Go to the baby care aisle, and somewhere on that aisle, in the section for nursing mothers, you’ll find nipple cream

. Buy any nipple cream that contains lanolin as its only ingredient.

You’ll be using .25 oz of lanolin for this recipe, and each recipe makes approximately 12 feet of bendy yarn.

Another option if you happen to know any nursing moms–free nipple cream samples are .25 oz. I once got loads after I made my newborn’s pediatrician look at my nipples because they were sore–if it was a bribe to stop doing that, it worked!

I also use lanolin in that modeling beeswax recipe above. 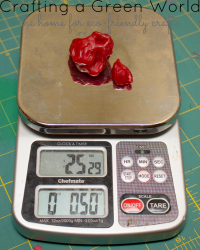 4. Cut your cotton yarn to any length. I like to cut mine longer, to give my kids more to work with. You can cut the finished bendy yarn shorter with your everyday scissors, if you’d like.

5. Add the cotton yarn to the melted material in the crock pot, and let it get completely saturated. Feel free to mush it a bit with your skewer; make sure the yarn is nice and coated! 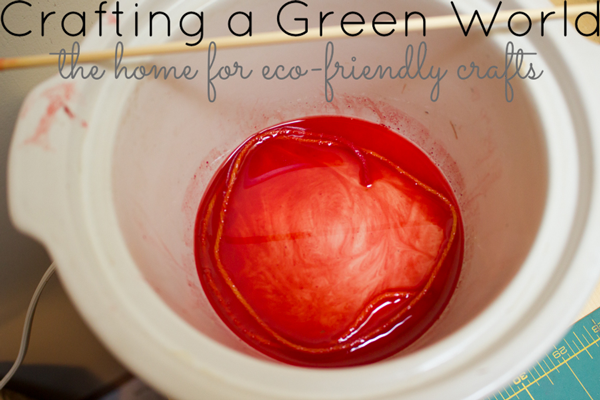 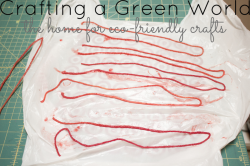 6. Use the skewer or a pair of tweezers to remove the saturated yarn. Let each piece drip any excess back into the crock pot, then lay it on any non-stick surface to cool (I’m using an old Target plastic bag), separating the pieces so that none are sticking together.

As soon as the waxed yarn has cooled to the touch, it’s ready to be played with!

And when people admire your handiwork, you don’t have to tell them about the nipple cream part if you don’t want to. 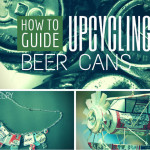 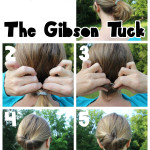