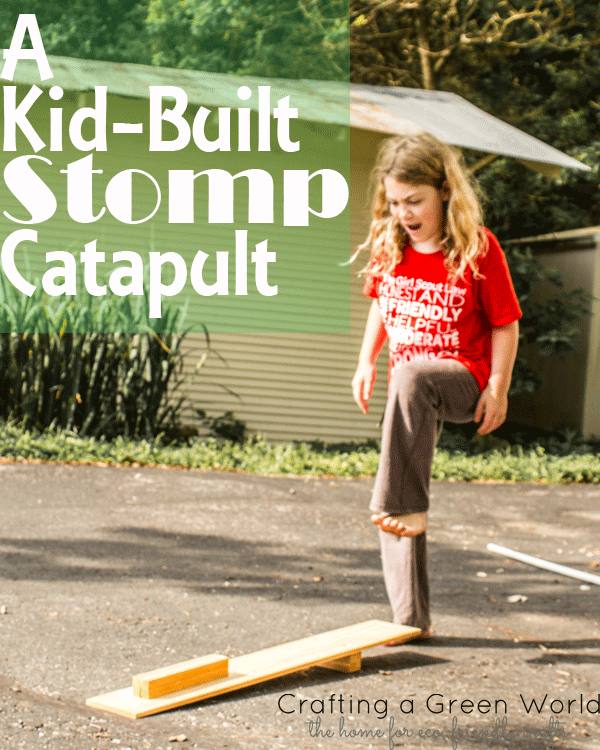 You’ve got some scrap wood in your garage, yeah?

Hand that wood over to the kids, because they’ve got a stomp catapult to build!

This stomp catapult is dead easy for a kid to build, even if this is the first time that they’ll have picked up a saw and a drill. They’ll use up some of your scraps, they’ll practice their woodworking and problem-solving skills, and they’ll make themselves a super-fun, active outdoor toy that will keep them happy all summer while they get hands-on physics enrichment.

Here’s what your kid will need (I’ll also note what’s handy to have accessible for more kid woodworking):

1. workbench. Everybody needs a good place to build; squatting in the driveway is okay in an emergency, but your kid will be safer and will learn these skills better if she’s using an actual workbench.

Even though a portable workbench

is a little light (you’ll notice in the photos that I’ve taught my kid to stand with one foot up on the bottom bar to keep it steady), your kid will appreciate being able to take it out to the driveway, and the built-in vise is tons more kid-friendly than a bunch of C-clamps.

2. arm’s length of 1×4 wood. This will be the throwing arm of your kid’s stomp catapult. Approximate this from your stash, of course, and play with the length to make catapults with various levels of strength, but keep the wood to a thickness of about 1″–think slats from an old bedframe, or wood broken down from a pallet, etc. If you get a 2×4, or anything much thicker than 1″, your kid is going to have to work harder to drill all the way through it, and may split it, and that’s not fun.

3. wood approximately 4″ thick. This will be the fulcrum of your kid’s catapult. Play with this measurement, too, to see how the height of the fulcrum affects the catapult’s power, but I’d say don’t bother trying anything under 3″. A 2×4 set on edge would work for this, if your kid can drive a screw pretty straight, or you can stack a couple of 2x4s, or you can use any other scrap wood that approximates that measurement. My kid found a length of two 2x2s that had been glued together who knows when–perfect!

4. hand saw. Get one large enough that your kid can put some power behind it.

5. power drill with drill bit and correctly-sized screw bit, plus screws. I make my kids use hand saws, but I give them power drills; they’re more accurate and less frustrating to use than hammers, and screws will handle wonky kid construction better than nails. Teach your kids first thing how to switch out the bits themselves, or they’ll never stop going after you to do it for them. Also make sure that the drill is fully powered before giving it to your kids; it sucks when the drill runs out of power in the middle of a project!

6. safety gear. I don’t make my kids wear safety goggles unless they’re really making the chips fly, but you’re a much more responsible parent than I am. Once you’ve got all your supplies gathered, walk your kids through the following steps–they’re so easy that they’ll be able to make their next stomp catapult from memory:

1. Do you want to saw any length off of the catapult’s throwing arm? Set it into the workbench’s vise  and do it now.

2. Measure the fulcrum piece so that it’s the same length as the width of the throwing arm. Saw off the extra: 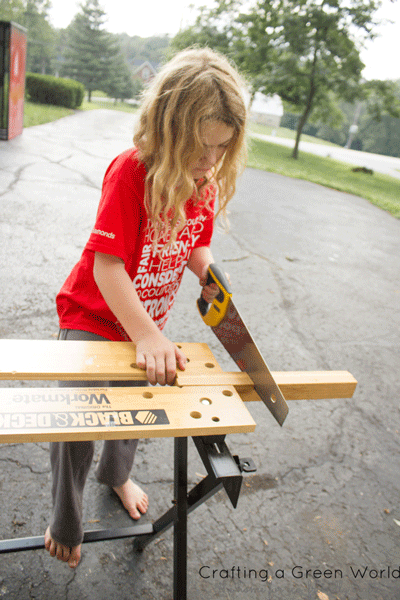 3. Set the fulcrum into the vise so that it’s even with the workbench: 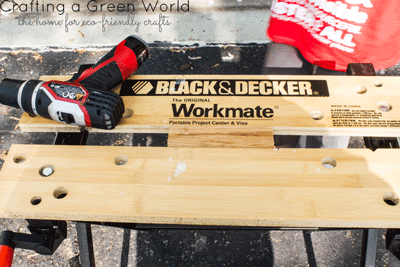 5. Using the space in the vise to center you, drill two pilot holes through the throwing arm and into the fulcrum: 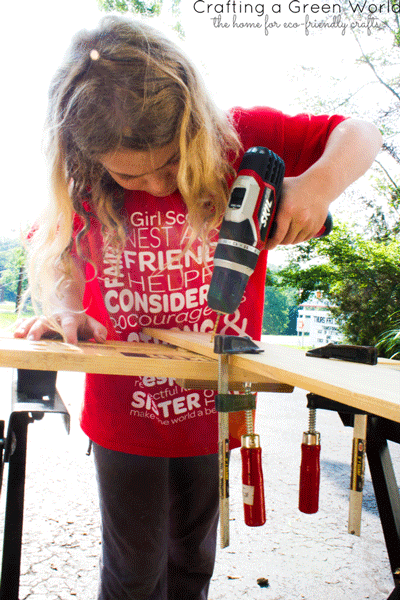 6. Replace the drill bit with the screwdriver bit and drill screws into the pilot holes.

7. Unclamp the finished catapult and test it out by setting it on its fulcrum on a flat surface. The longer end of the throwing arm will touch the ground; set something on that end. Stomp hard on the short end, and away goes the catapult! 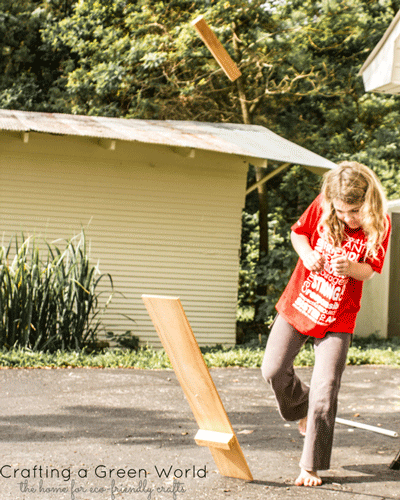 My kid now makes a stomp catapult as a present for pretty much every birthday party that she gets invited to. Combined with her sister’s go-to present, a sword that she makes out of old PVC pipes (I’ll tell you about that another time), it makes a pretty sweet gift set!

You *might* want to make sure that the birthday kid’s parents are amenable to swords and catapults, however… 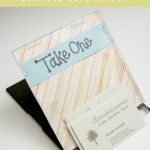 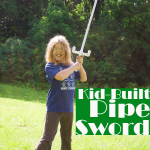